The Natick Fire Department responded to calls made shortly before 1am on Tuesday, Feb. 7, about a structure fire in the attached barn of an antique farmhouse on Pond Street. Crews arrived to find heavy fire coming from the second floor of the barn. Firefighters were able to contain the fire to the barn and keep it out of the attached house. The occupants were alerted to the fire by working smoke alarms. Two residents are temporarily displaced, and there were no injuries.

A total of three alarms were transmitted for additional help. In an email to Natick Report, Natick Fire Chief Jason Ferschke thanked mutual aid partners Framingham Fire and Wellesley Fire, which responded to the scene; Weston and Wayland Fire, which covered the Natick stations; and Cataldo EMS, which provided EMS coverage.

The fire is under investigation by members of the District 14 Fire Investigation Team and the Natick Police Department.

Chief Ferschke said the fire does not appear suspicious in nature.

A neighbor said in an email that the residents of the affected property have spent years renovating and restoring the home.

Several dozen people stopped by the Morse Institute Library on Sunday to check out 3 town seal designs being considered as a replacement for the 1980 version that’s been questioned for depicting an inaccurate understanding of Natick’s early history.

The designs being mulled are much simpler and cleaner than the older one, too.

I’d asked if any designs got left on the cutting room floor and indeed, 1 featuring the gazebo on the common didn’t make the top 3.

Natick’s seal is used for official documents, but also serves as a town logo found on signs, uniforms, and more.

The Town Seal Review Committee soon seeks to settle on 1 design to bring to Town Meeting this spring for approval.

The committee has a sweetheart of a meeting slated for Feb. 14 at 8:15pm, with agenda items including a review of feedback from a public survey and the open house, as well as voting on a Town Meeting warrant article for submission.

You still have time to share your thoughts via the online survey. 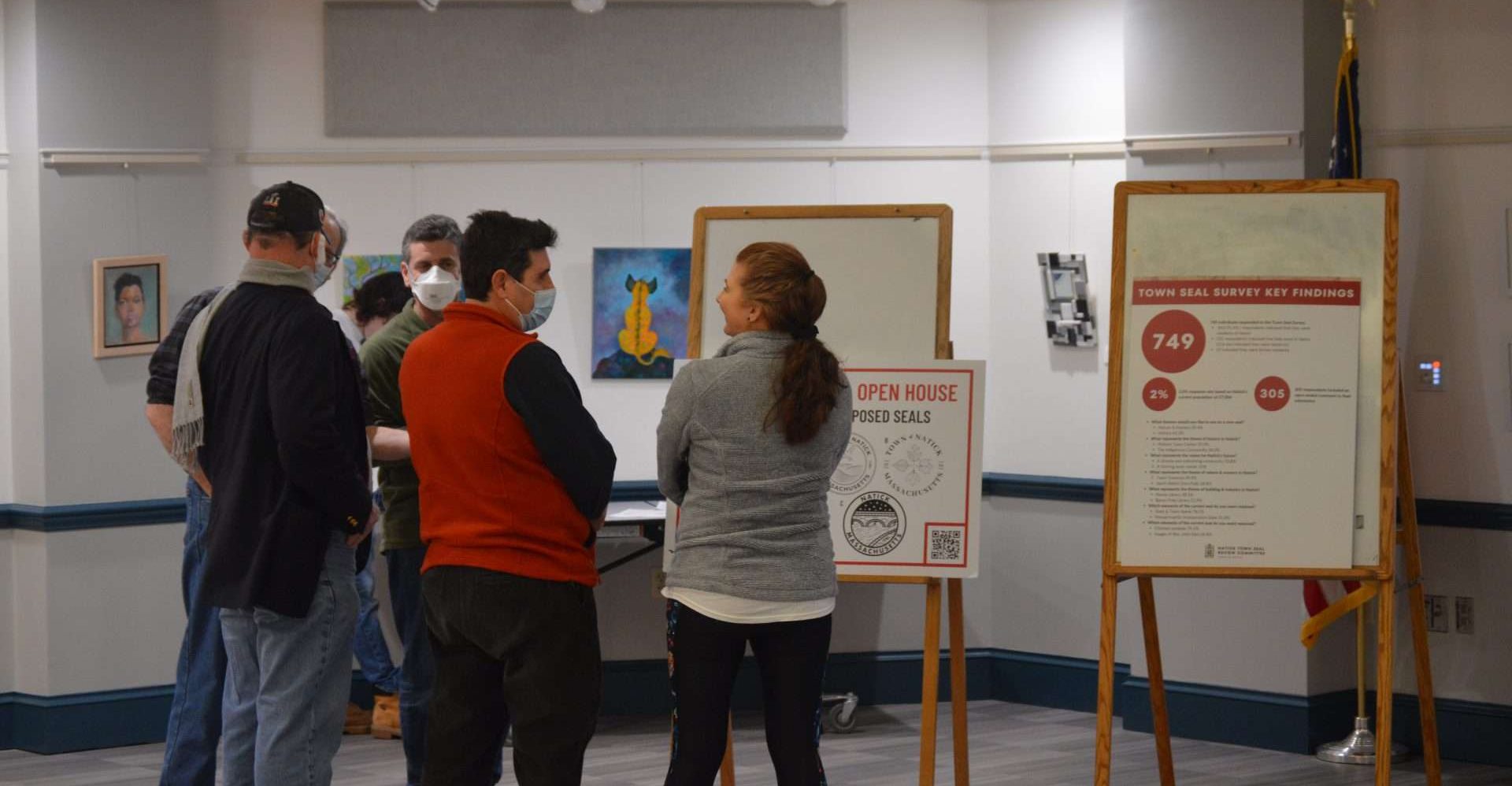 Natick Public Schools Supt. Dr. Anna Nolin is 1 of 3 finalists for the job of superintendent for the Newton Public School district.

Nolin has been with Natick Public Schools for some 20 years, including the past 4 as superintendent. She earlier served as principal of Wilson Middle School in Natick, and before that, as a teacher in Framingham. Last year, Nolin was named president of the New England Association of School Superintendents‘ board.

If Nolin is hard to find in Natick on Feb. 15, that’s because she’s slated to visit Newton for in-person tours, staff meet-and-greets, and an online community form. The Newton School Committee that night will conduct public, in-person interviews.

Newton seeks to have a new superintendent in place by mid-year.

New candidates for Town Meeting must return their nomination papers to the Town Clerk’s office by Tuesday, Feb. 7, with the required 10 signatures from registered voters in their precinct. Here’s the most up-to-date candidate report by the numbers.

Natick Town Meeting has 180 members—18 from each of the 10 precincts. Every year one-third of the Town Meeting members are up for re-election, and if there are additional vacancies those will also be on the ballot.

Letters to the editor on Natick Report

Natick Report accepts letters to the editor. Letters must be of general local community interest and must be signed. Community shout-outs are also accepted (example: a non-profit may thank an organization for a donation received).

The next deadline for letters to the editor is Wednesday, Feb. 8, noon.

Letters to the editor appear on Fridays.

See guidelines for letters to the editor here.

Send letters to the editor to natickreport@gmail.com

We didn’t quite catch the outdoor thermometer in Natick Center at its peak coldness, but came pretty close at 7 below Fahrenheit and 22 below Celsius. 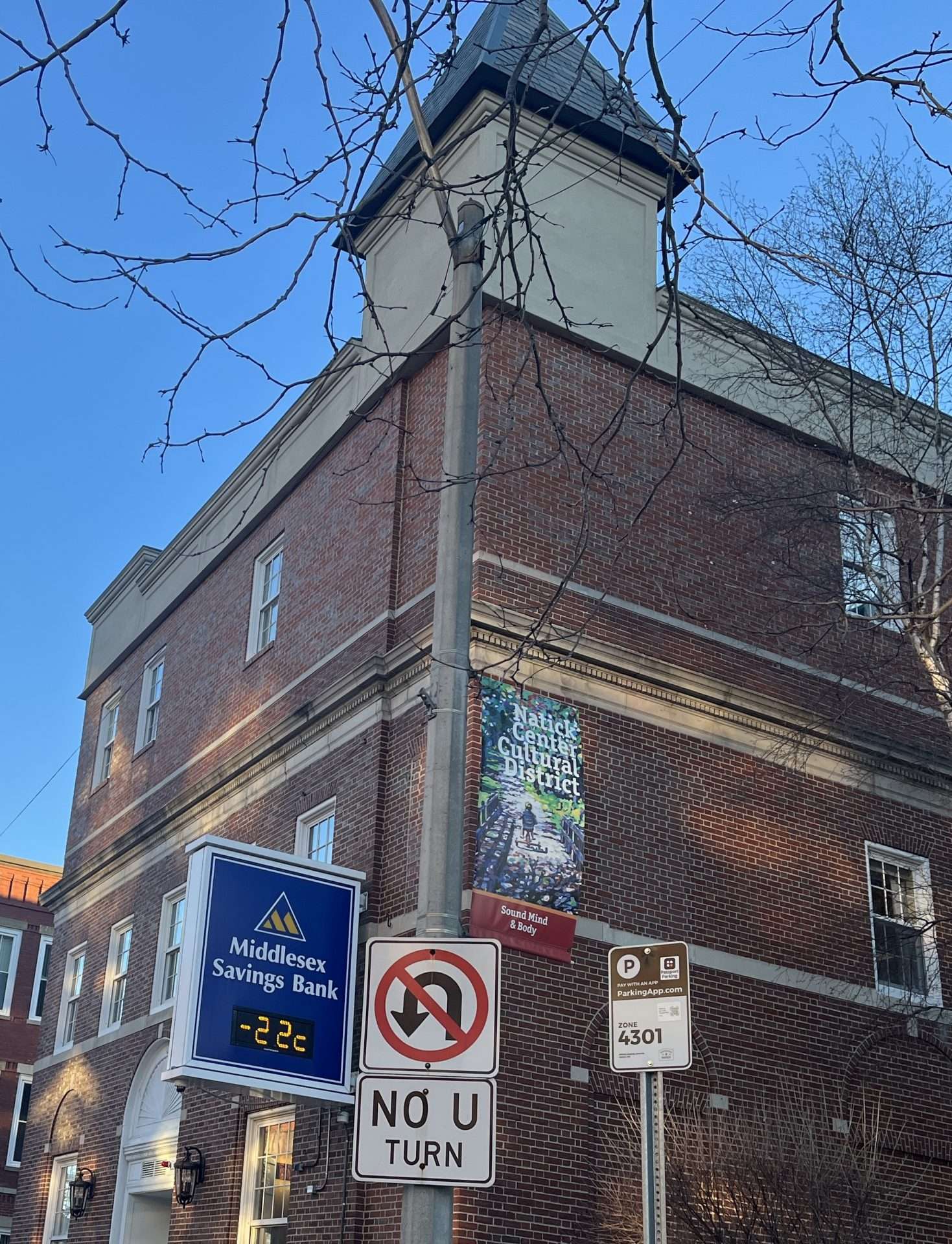