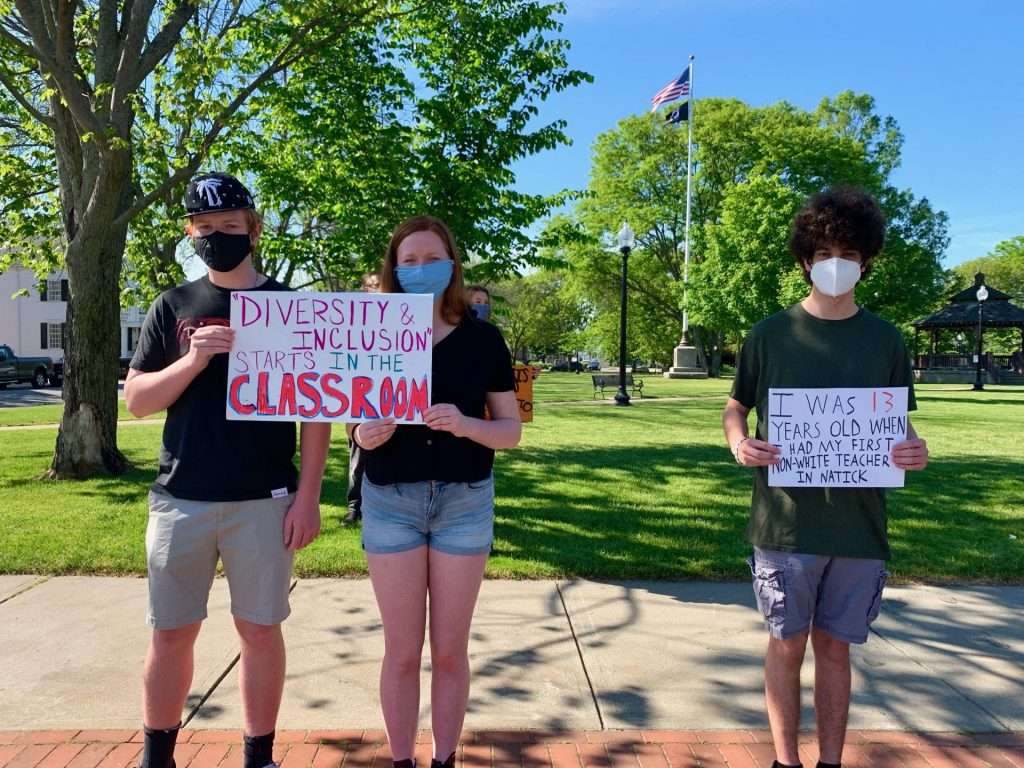 The presence of teachers of color is essential. Teachers of color “serve as role models and advocates for students of color and for all students (The Hechinger Report, 2018). Further, “teachers of color often hold students of color to higher expectations, more frequently use culturally relevant instructional practices, and have a greater likelihood of addressing racism and bias in their classrooms, which better prepares all students for a diverse world” (The Hechinger Report, 2018). The experiences of students in the Natick Public Schools and the lack of diversity in teaching staff demonstrates that NPS has failed to provide this diverse perspective and space for conversation.

I call on Superintendent Nolin and the School Committee to release a plan for improving the diversity of the hiring process to ensure that educators of color are prioritized and supported in the coming years.

Furthermore, in recent days several students and alumni of color have expressed frustration at the administration’s failure to address incidents of explicit and subtle racism at Natick High School. One particularly current and troubling example was the clear leniency with which white student activists were treated in comparison to similar demands made by activists of color. Rather than ignoring the requests of students of color from behind closed doors, I demand that the Natick Public Schools administration confront their failures and listen with real intent to the needs of students of color going forward.

As a district, you have the responsibility to support your students and teachers and facilitate an educational environment that nurtures all. I am calling on you today to ask you to open your eyes, ears, and minds to the experiences of students, teachers, and staff of color in the Natick Public Schools. I am asking you to make a commitment to prioritizing equity and celebrating the diversity of voices in the district.

I look forward to your swift action on this matter.