Long gone is the old apple orchard of about a dozen ancient and gnarled trees, felled to make way for the rising 17k square-foot station. The current station is open and answering calls, but please don’t stop by unless it’s an emergency. The firefighters are social distancing as best they can, given the requirements of the job.

The construction site is adjacent to the existing station, located at 268 Speen St. Although the hope was that the new station would be completed by the end of the year, a couple of issues cropped up. According to Chief Michael Lentini, “The new station is progressing well. We are behind schedule due to the discovery of asbestos on the site last year. That took us nearly three months to clean up, and we didn’t start building until September last year. Then we had the pandemic roll in in February and that slowed things down again. Construction did continue through the spring, but with fewer workers on the site. We are back on schedule with a substantial completion in January of next year. We hope to be running out of the new station in early spring.”

Once building is complete, the old station will be torn down and a community pocket park and shared bike path will be built, connecting both the station and neighborhood to area amenities.

The design by Tecton Architects includes new living quarters and supporting amenities, training rooms and a tower for shared use with other districts, as well as five double-deep apparatus bays and rooftop solar panels. Plans also include a Watch Room to act as backup dispatch to Headquarters that will also serve as the new Emergency Operations Center during the Boston Marathon.

Castagna Construction Corp. of Newburyport was awarded the $12.3 million contract in early 2019.

Natick has three additional fire stations: Station #1, the headquarters, is located in downtown Natick at 22 E. Central St.; Station #2 is at 2 Robert Sproule Ln. in South Natick; and Station #3 is at 2 Rhode Island Ave. in East Natick. 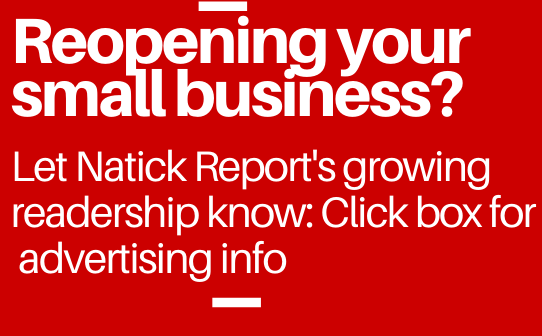