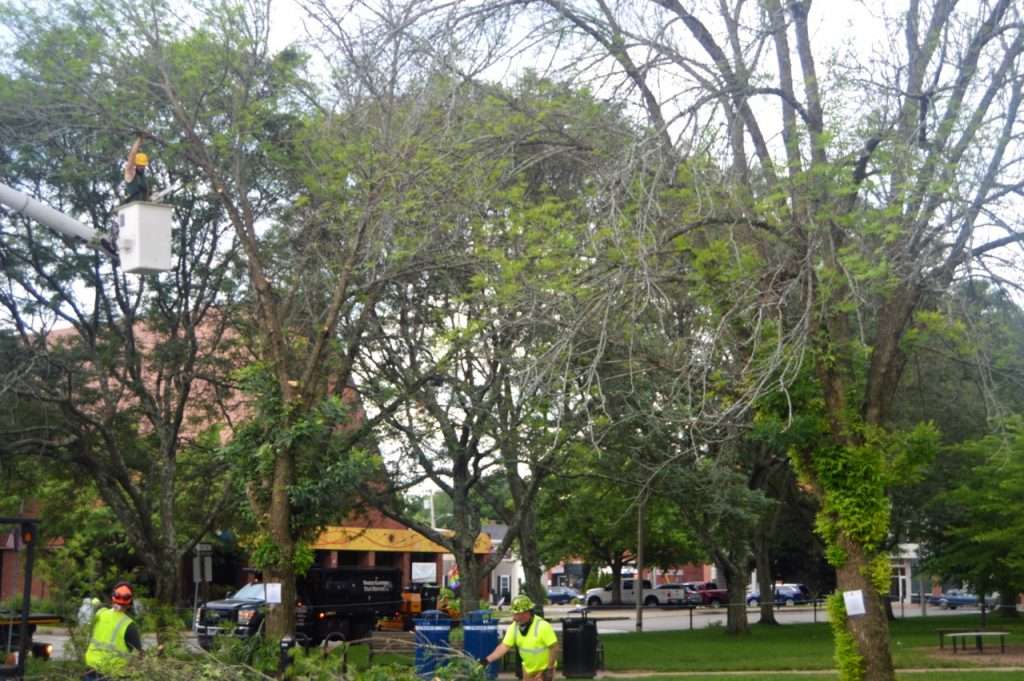 Nobody was happy about this decision, but Natick had no choice other than to cut down 10 signature ash trees along Park Street and Natick Common due to an Emerald Ash Borer infestation. The tree removal began shortly after 7:30am on Monday morning, with the Natick Department of Public Works overseeing the operation and North-Eastern Tree Service handling the cutting down of the trees.

I swung by to see the first tree being sliced and diced at the corner of Park Street and Common Street, across from the post office and Park Street Ice Cream. The tree surgeon wielding the chainsaw started with the smaller branches up and down the tree, then worked his way into the thicker branches (I had to leave before they got to the trunk). The only break I saw the guy take during the first 30-40 minutes was to refill the gas tank on his saw). His teammates gathered the debris below. 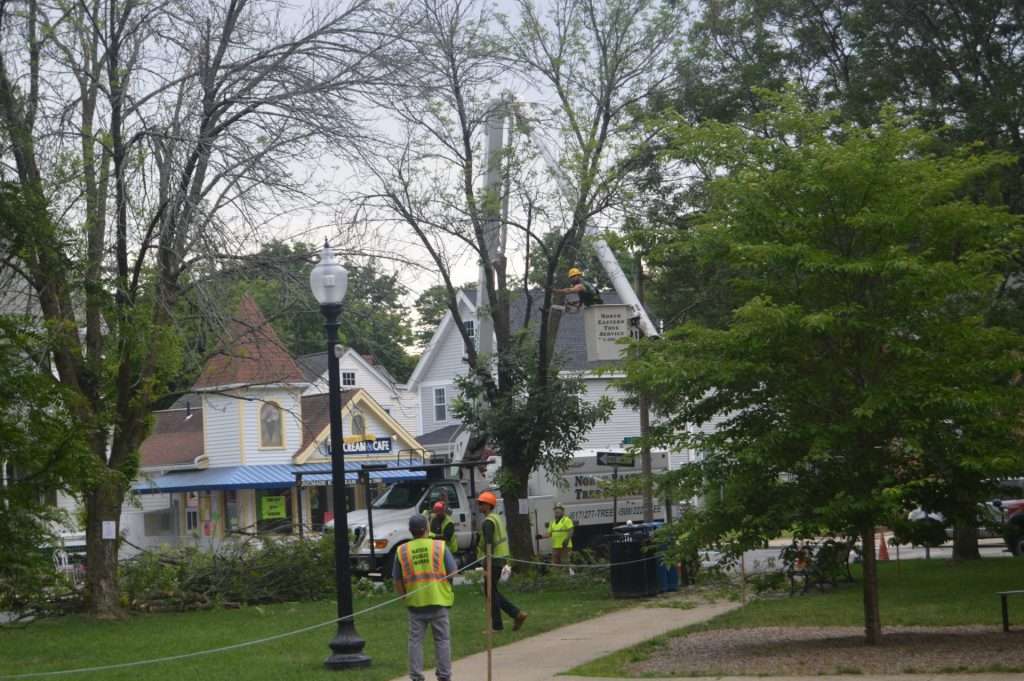 The town posted notices on the target trees recently to alert the public that the trees would need to be removed and why. One town official estimated the trees were about 20 years old, no older than 35 (a poster in a Facebook group said he was involved in planting the trees in the 1980s, and that they lasted pretty well considering their location).

The Natick Department of Public Works has had an Emerald Ash Borer suppression system in place for a while given neighboring communities have had infestations, but there’s pretty much no stopping these insects once they set their sights on ash trees.

The good news is that Natick plans to replace the trees with different species next spring. 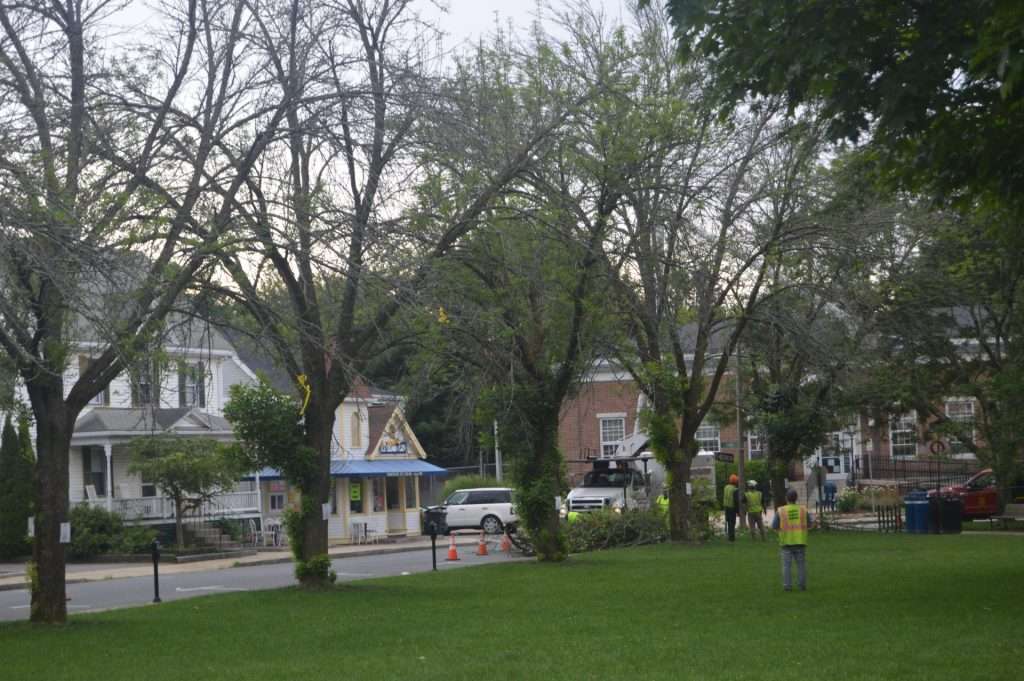