I’m sure there are places to legally and easily drop your kayak into Lake Cochituate in Natick for those in the know. But since I wasn’t familiar with them, I started my adventure at the cartop boat access launch on Rte. 30 in Wayland across the road from and just east of the formal Cochituate State Park entrance.

Be warned that your wheeled vehicle better not ride too low and have decent shocks if you want to navigate the dirt path that leads to this no-fee lake access point.

The July Monday that I went allowed for easy parking around noon Though when I returned, the lot was quite full, with people fishing, hitting the lake in floatation devices, swimming, or just hanging out along the shore.

I carried my kayak a short way to the right of the parking lot where a rocky opening to the lake presented itself. I could have dragged it a little further to a smoother opening, but didn’t want to disrupt a family wading there (I did pull out there later).

The lake (technically a 635-acre Great Pond) was brimming with activity, but I wouldn’t call it overcrowded on this Monday following July 4. Kayaks, sailboats, paddle boards, peddle boats, motor boats and swimmers dotted the water, which was slightly choppy based on a mild breeze.

One guy in an ocean kayak impressed by practicing his rolls, not something I would attempt in my flatter-hulled model.

Armed with my lunch and sunscreen, I directed my kayak toward Rte. 30 and passed through my first tunnel of the trip, waiting out a paddle boarder coming through from the other direction.

One recommendation is to bring a whistle, as signs urge those in watercraft to honk their horn or sound a whistle if you’re heading through. I had nothing. But I found everyone quite polite regarding the ins and outs of the tunnels.

Going through this tunnel and another under the Mass Pike took me from the North Basin to the Middle Basin, and I’d eventually wind up in the South Basin in the heart of Natick before turning around and heading back to where I started.

The Middle Basin is where you find Cochituate State Park. This is where the action is, including a large boat ramp.

The beach was teeming with kids based on the squealing and yelling I could hear from hundreds of feet away. I learned after my 2.5-hour paddle that the beach had actually been closed off because it was so crowded.

I pulled off to the western shore just past the state park to settle my kayak and eat my lunch. I could see the in-progress Cochituate Rail Trail above me, and a steep dirt path that people obviously use to gain water access. 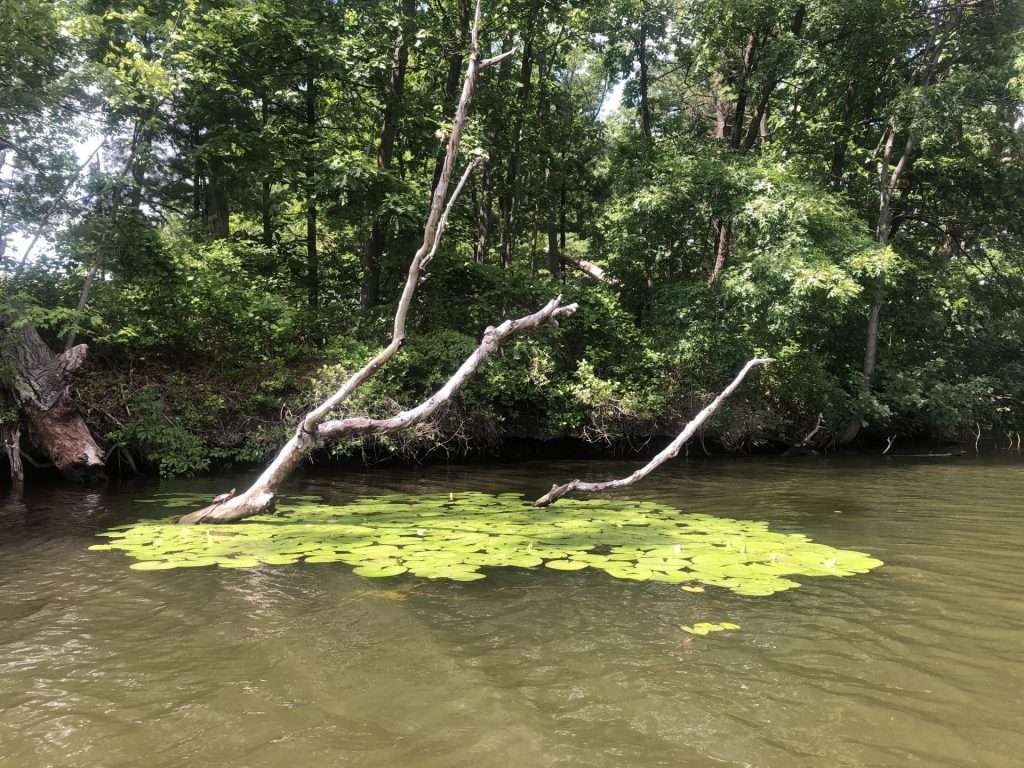 A little further up on the shore is the AMVETS Post #79, a sweet spot where veterans and families congregate, including for outdoor dining and drinks.

A smattering of people pop out of other coves along the way, some in inner tubes, floating or paddling around in the warmish water.

The water starts to get wavier and choppier as I headed toward Rte. 9, as powerboats zipped back and forth, most at a reasonable speed.

I didn’t come across much wildlife on the lake, though I know it contains plenty of fish. The state stocks the lake with trout in spring and fall. But perhaps things are going at a little too fast a pace for turtles to relax on logs, and I didn’t see much in the way of birds either.

I don’t consider myself much of a unicorn guy, but I will say that across the lake was the finest floatation craft I’ve ever seen. I would have traded my kayak for it in a second.

A handful of houses along the shore have docks and boats protruding into the lake, and some have tiny beaches. No trespassing signs send a message to stay away.

So I did. I then padded through two more tunnels to make it to the South Basin, where the water got even choppier, as the wind picked up.

In between the two tunnels is a quiet cove where a family had clambered down a dirt hill near the Exponent building on Rte. 9 and was swimming, fishing and floating around. 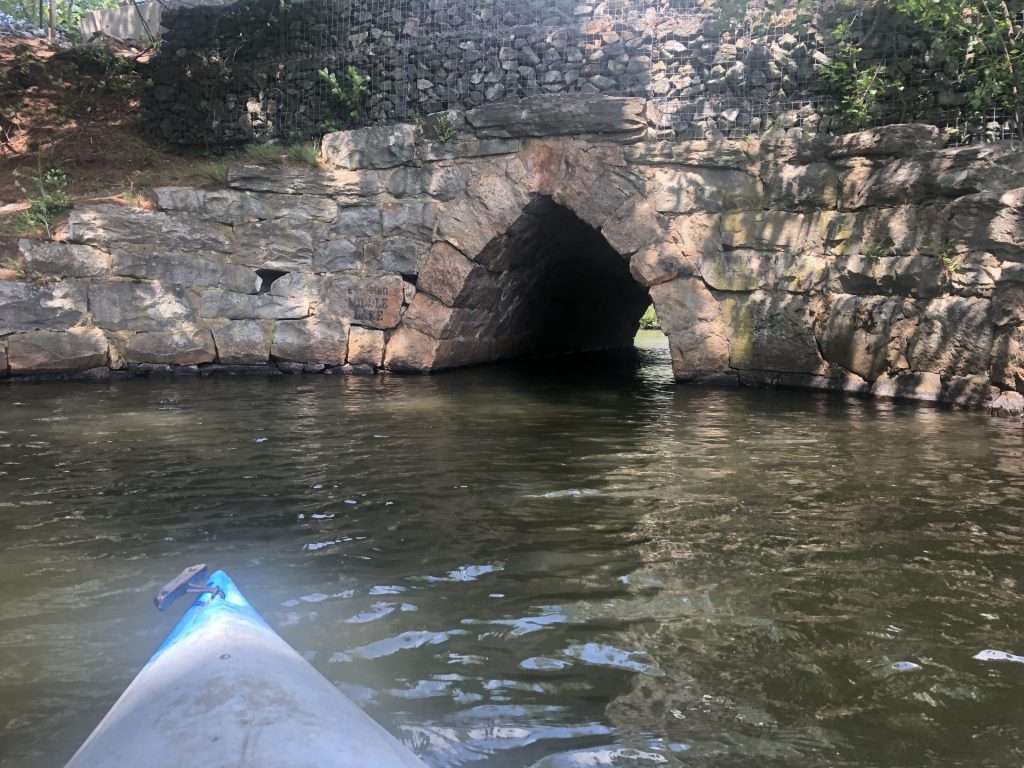 Once I got into the South Basin, I stuck close to the west side of the lake due to the wind and chop.

I decided to wait for another time to explore the U.S. Army Natick Soldier Systems Center—to whatever extent that’s allowed—on the lake’s eastern side near Pegan Cove.

As documented after my recent paddle around Fisk Pond, I had no option to float under Rte. 135 and onto that body of water. Fisk Pond is dammed off.

If only I had a unicorn…