I waited my turn on Monday to enter the newly opened Natick dog park, Eddie’s Park, on Rte. 135, behind a young rascal called Friday who didn’t seem especially up for meeting new dogs. The pup clung to Dad as other dogs circled and jumped to greet their new playmate. Seconds later, that little brown dog was doing the circling and chasing, acclimating immediately to its new surroundings. 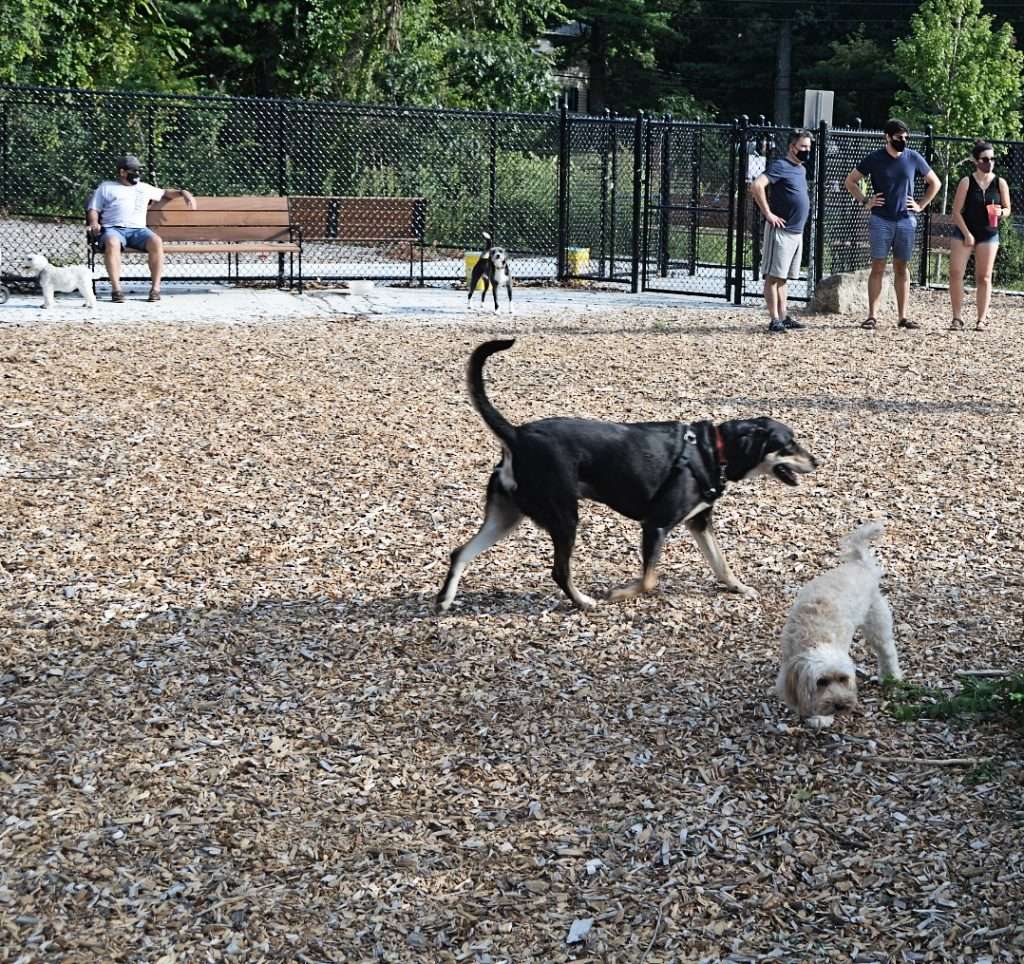 But they wanted little to do with me since I was toting just a camera, and they had plenty of other pups to occupy themselves. At least a dozen dogs, covering a variety of breeds, enjoyed the park, accompanied by twice as many humans, some of whom refilled water dishes from the handy dispenser at the site. 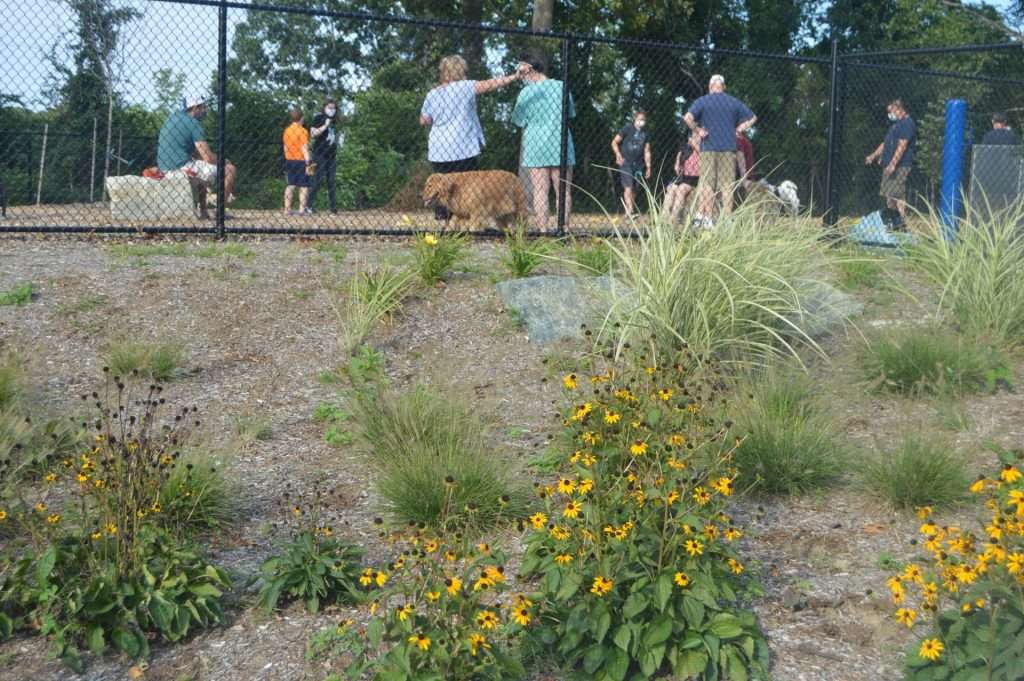 The humans seemed to pay little attention to me either, chatting away with each other (“It’s my first time here”…”We have no idea what breed he is, he came from Alabama”…”I can’t believe he took a treat from you” etc.). Some came by car, others walked to the park, dog and child stroller in hand.

Dogs chased balls and each other across the wood chips, around the trees, rocks and other props that break up the vast space. The small dog area hasn’t opened yet, but dogs large and small seemed to be getting on just fine.

This space is off to a great start. 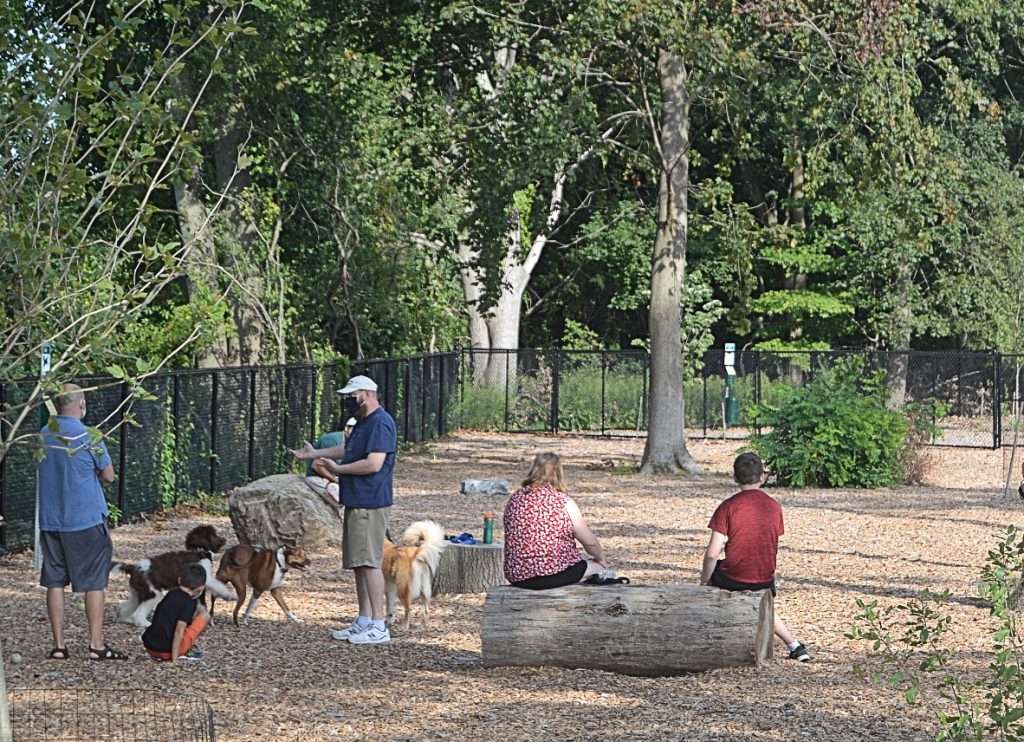