Natick will add to its roster of well over a dozen pizza joints when Square Mfg. Co., soon opens its shop in a  Rte. 9 West strip mall in between a tax prep business and hair salon. Plans are to open this winter at 935 Worcester St., in Natick, and to open three locations over the next five years.

If your idea of Detroit pizza has anything to do with Domino’s, just because it is based in Michigan, then think again. According to Eater, “With its rectangular shape, light, airy dough, and savory, browned cheese perimeter, the Detroit-style pie encourages savoring of the corner pieces, where crust real estate is most plentiful.” The rectangular pizza, with sauce on top and crispy edges, is sliced into squares.

Square Mfg.  will be carry-out only, but it plans to roll out delivery within two months of opening.  “We’re looking to bring a great pizza experience to people’s homes with freshly made dough and a simple, streamlined menu,” says owner Kris Gullapalli, a University of Michigan alum.

Square’s location in Natick will be at the former site of a Pizza Hut. 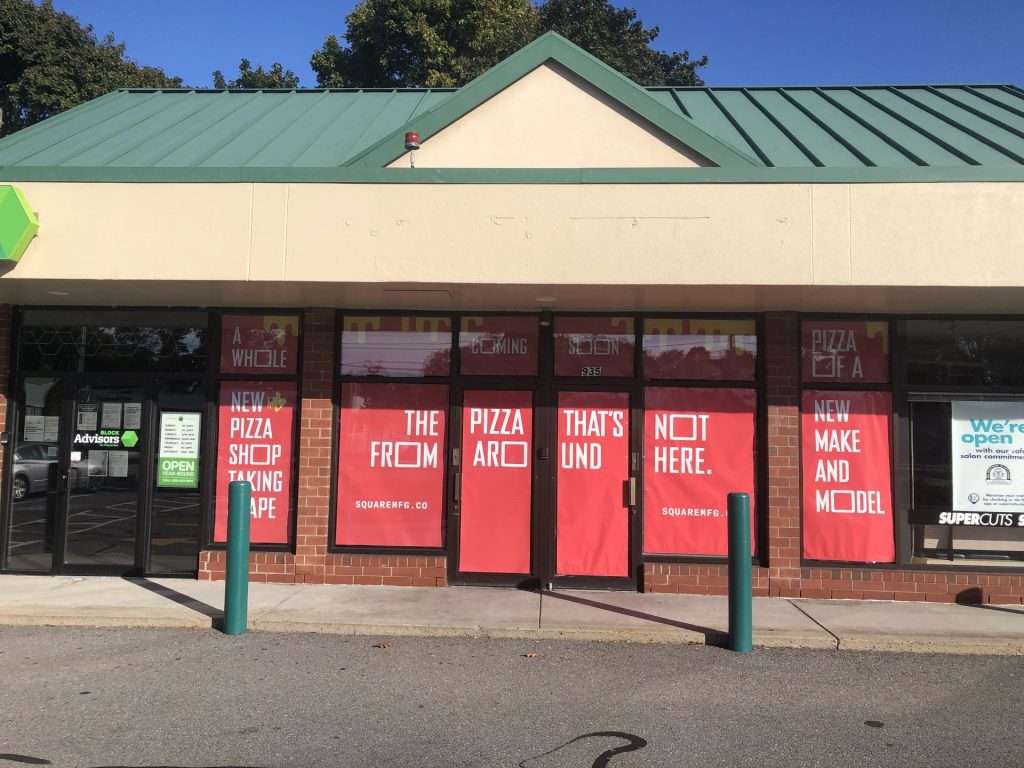