Update 3/27/21: The owners of the bridge got in contact with us and we were able to reunite them with their bridge part. Happy ending!

We consider ourselves stewards of the Charles River, keeping a sharp eye on the area in South Natick from around Elm Bank Reservation’s Cheney Bridge to the South Natick Dam.

So when we saw a big chunk of red wood cradled in a giant tree that fell across the Charles several years ago and now collects all manner of junk, we headed over to explore. The wood was the color of picnic tables we’ve seen, but too hefty to be from one, and we haven’t seen any ships on this end of the Charles sizable enough to have ejected such flotsam.

We could be completely wrong, but suspect it can only be one thing: A piece of the iconic red footbridge that traverses the river just west of the dam along Rte. 16. The wood had traveled at least a mile, including over the South Natick Dam spillway, which has been known to snag a log or two.

According to the Natick Historical Society, the bridge was bequeathed to former property owner Daniel Sargent, who died in 1987. We’ve seen the structure referred to as the Sargent Bridge.

We last paddled under that span during an epic kayak adventure this past November, and the waterlogged hunk of wood we found looks to be of the same hue as the footbridge. We’re just glad the piece didn’t fall off while we or anyone else was going under. 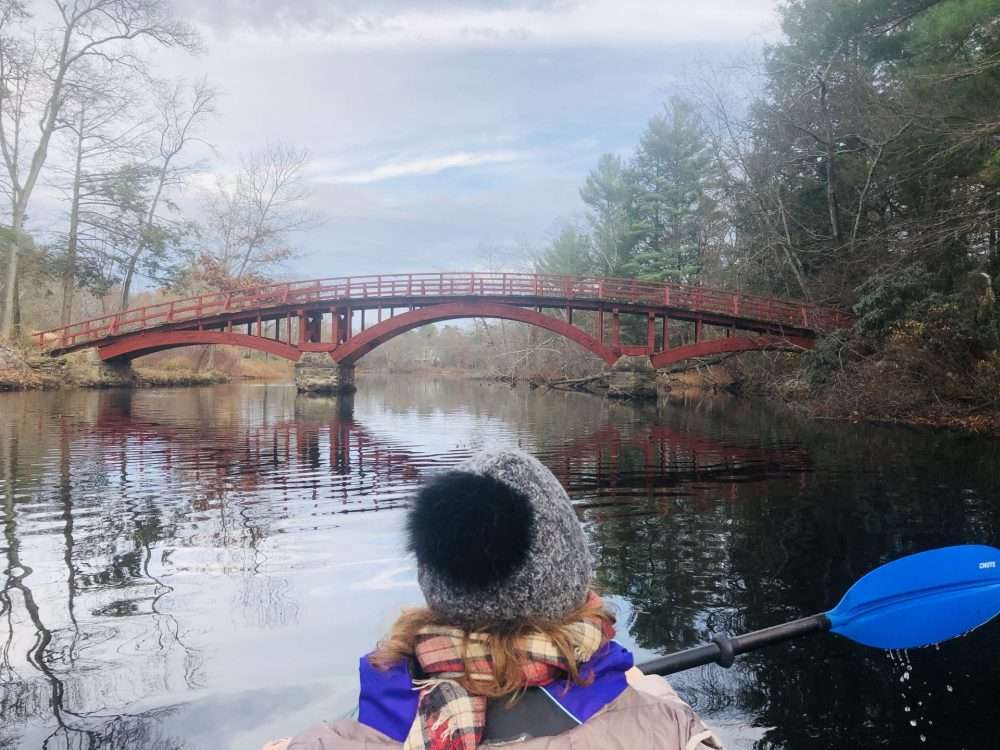 Doing my best impersonation of whichever storied explorer isn’t known for evil doings, I kayaked over to the tree and dislodged the hefty 3-plus foot long and 6-inch wide/deep beam from the tree. I propped it atop the front of my vessel, doing my best to keep balanced and bring it safely to shore. 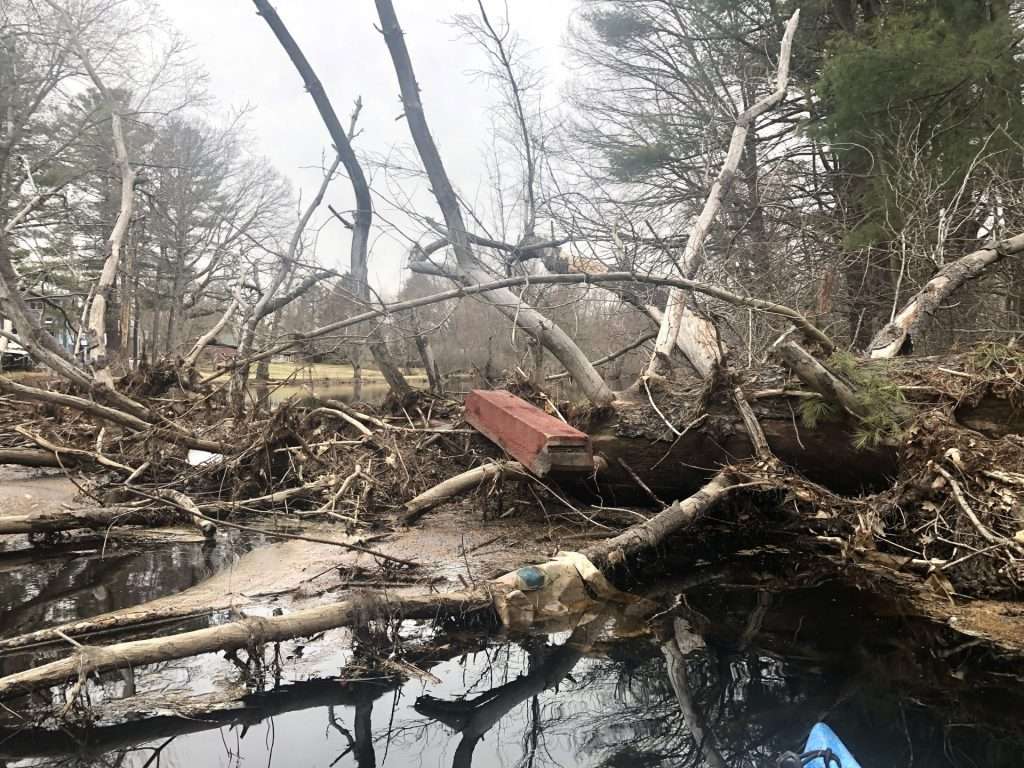 Our find is pretty punky on one side, apparently breaking off from another piece, though one end is in great condition, with grooves intact.

Not having heard any reports of the Japanese-style bridge collapsing, I assume the wooden piece we found had plenty of backups. The privately-owned bridge connects land on one side of the river to a Grand Georgian Revival home on the other that my wife has visited for an open house.

Crossing the bridge remains on our local bucket list, and we’ll no doubt check that off at some point. 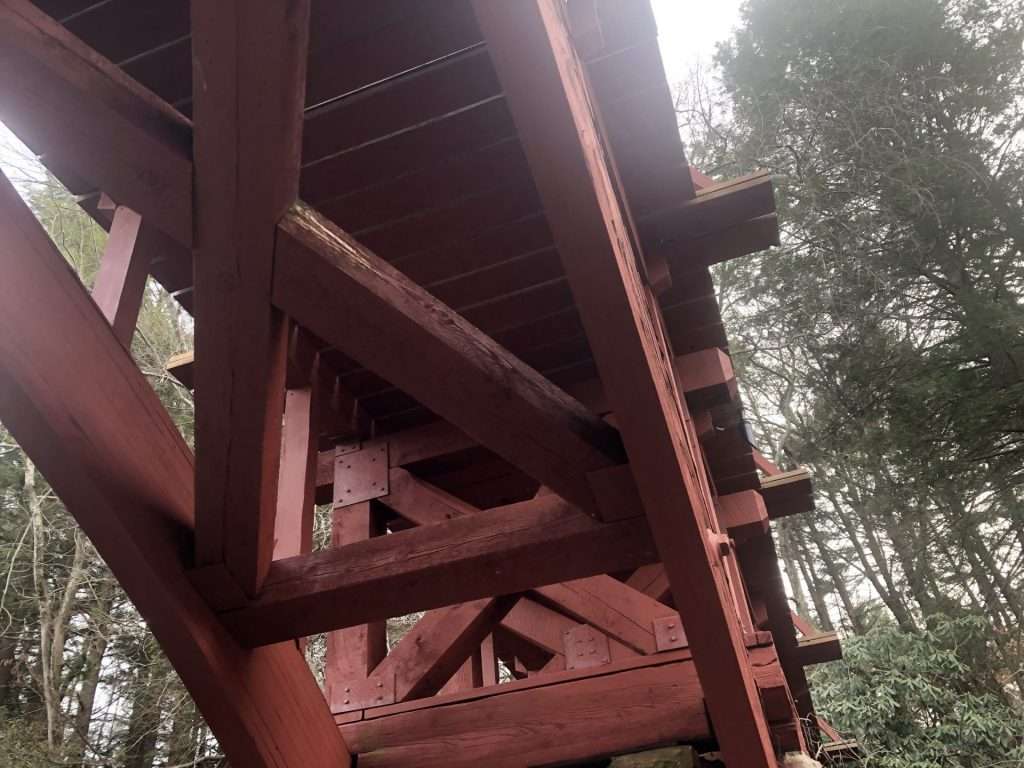