Awful news from Natick Community Organic Farm overnight, as it posted a video of its 200-plus-year-old barn burning down.

Three sows and 13 piglets were lost in the 3-alarm fire that took place around 4:30am, according to the farm. “No humans were hurt, except in their hearts,” posted Office Farmer Trish Umbrell on Facebook.

A new farm dog called Eddy is credited with sounding the alarm, awaking on-site caretakers, who were able to evacuate and call 9-1-1. “We commend the work of the Natick, Wellesley, and Framingham Fire Departments, who acted quickly and bravely. They contained the fire to the barn, protecting the farmhouse and surrounding animal structures,” Umbrell wrote.

All about Eddy, who sounded alarm on @natickfarm fire pic.twitter.com/UOvtLkoGoa

The non-profit farm will be closed until Monday while the fire department investigates and the farm can plan its next moves. 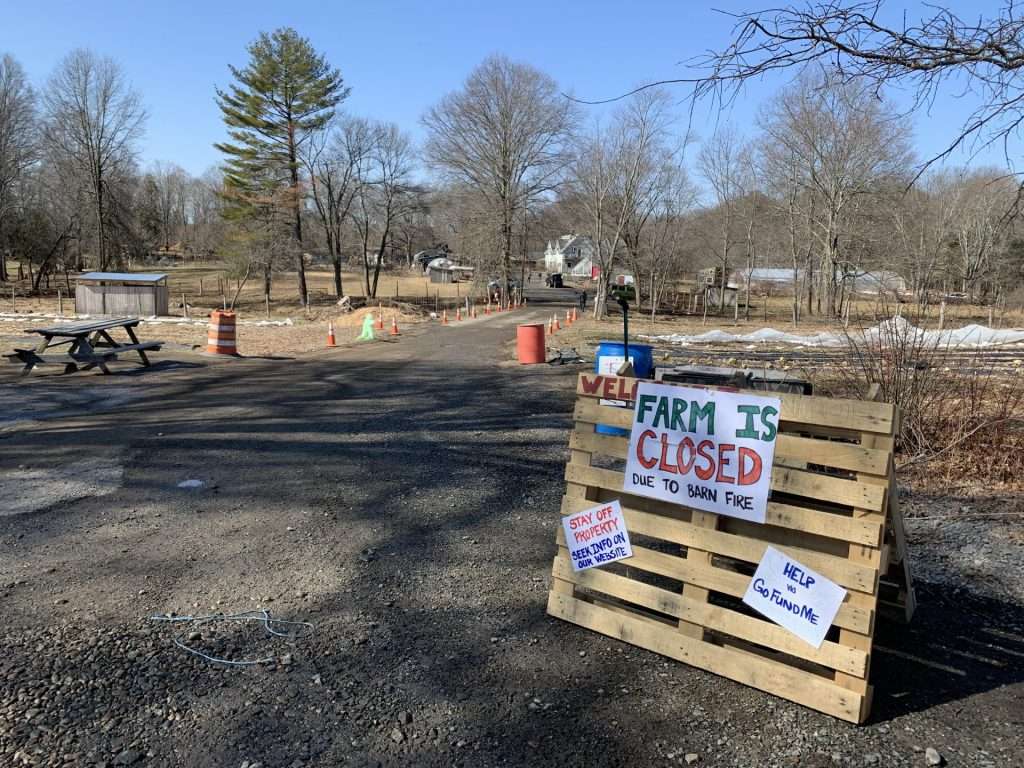 An outpouring of support for the farm has flooded social media as word gets out.

You can donate to the farm either through a crowdfunding campaign launched by the farm, or directly through the Natick Community Organic Farm website.

According to the farm, the timber-framed barn was built after the Hurricane of 1815, using wood from downed oak trees that was milled on-site. In recent times has been used as a shelter for equipment, feed, and animals. The public had been free to walk through when the doors were open.

Stalls in the barn each spring are used as birthing space for pigs, and also serves baby chicks.

The barn had been modernized with solar panels on its southern roof.

We spoke to some of the farm’s personnel after the fire: