The Natick Mall’s newest anchor tenant, located in the former Sears space, will be a big departure from retail anchor tenants of the past that specialized in fashion and appliances. Level99, an immersive gaming venture combined with a Night Shift Brewing taproom and restaurant, aims to open at the mall by mid-year, and is going before the Select Board this coming week in pursuit of its alcohol, restaurant, and entertainment licenses. 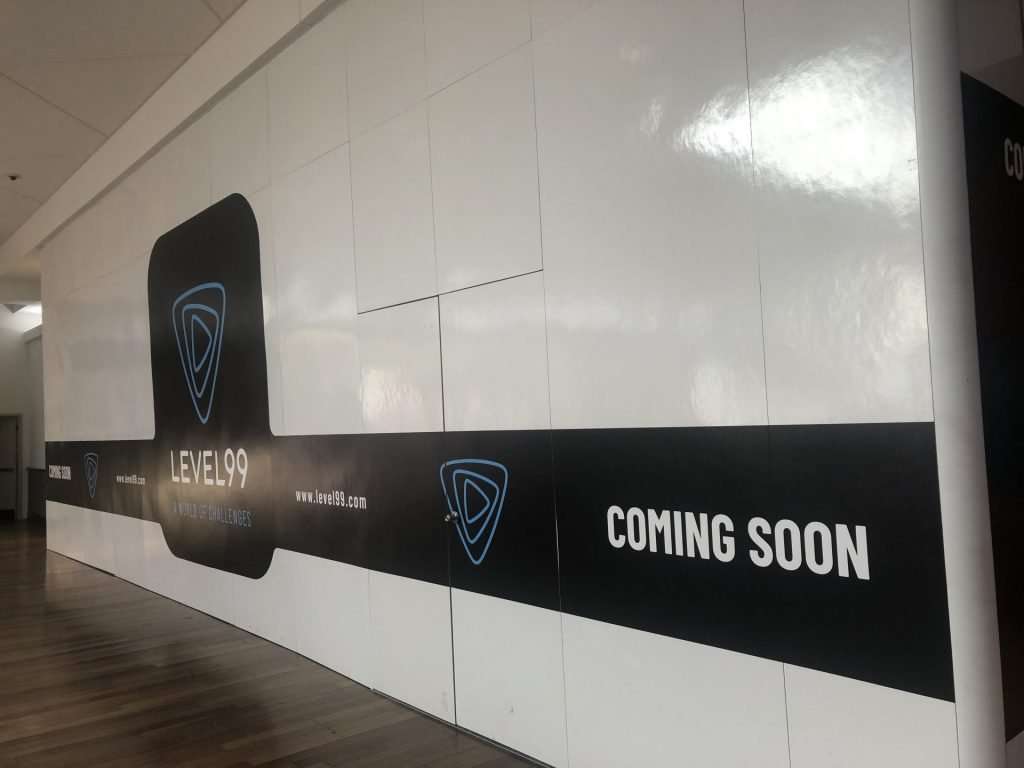 To refresh you about, or introduce you, to Level99, as we wrote last June the venture is spearheaded by Matt DuPlessie, whose work through a company called 5 Wits you might be familiar with if you ever visited the now-defunct TOMB interactive space in the Fenway or the 20,000 Leagues or Espionage adventures at Patriot Place in Foxborough. Now DuPlessie & team, via engineering firm Box Fort of Norwood, are envisioning Level99 in 45,000 sq. ft. on the second level of the mall, which has been looking for non-apparel-based tenants for that space in re-imagining itself. Box Fort’s clients include museums and theme parks, to give you a sense of what you might be in for with Level99.

Level99 is a plan 4 years in the making, DuPlessie told Natick’s Planning Board last year, and the up front cost is listed in the outfit’s application to the town at $11.6M.

The concept would include seating capacity for 320 people, and 40-plus separate rooms, each clustered into small groups and featuring different games that groups of 2 to 6 people will have a few minutes to try to win. You might have to put black and white tiles together in a certain pattern, avoid stepping on “lava” as you solve a puzzle, or sequence colors and sounds, like with the old Simon game.