Not that Natick has any shortage of signs, but the town is readying for a fresh infusion of “wayfinding” signage to give the community a more cohesive feel for residents and visitors.

The town last year received a $15K grant from the state’s Department of Housing & Community Development to establish a wayfinding and branding strategy. The Natick Community & Economic Development Department, Natick Center Associates and volunteers then joined forces with a consultant called Favermann Design to plow ahead with a plan for the downtown area.

From there, images of iconic Natick stuff, from Casey’s Diner to libraries, are conjured up (probably a good idea leaving the South Natick Dam out of that discussion given its inevitable fate). Mix in a Redhawks logo and some government department emblems. Then some wordplay around terms that Natick brings to mind (“quintessential New England,” “creative cultural community,” etc.).

In the end, Natick Common and its gazebo, with the church steeple in the background and the tagline “Inspiring Community,” said it all, as these final choices for the sign designs show. (One slight concern is that the actual gazebo is in need of some significant repairs, and the wayfinding signs could suddenly become outdated if the gazebo design were to change significantly.)

A presentation before the Natick Select Board on May 19 further explained the thinking behind this choice, as the board’s approval was sought (and granted) for the design and plans to populate the town with new signage. Mark Favermann of Favermann Design told the Board that the design chosen “really has a wonderful feeling portraying the character of Natick in both an historical sense and architectural sense…and in a social sense and cultural sense.” 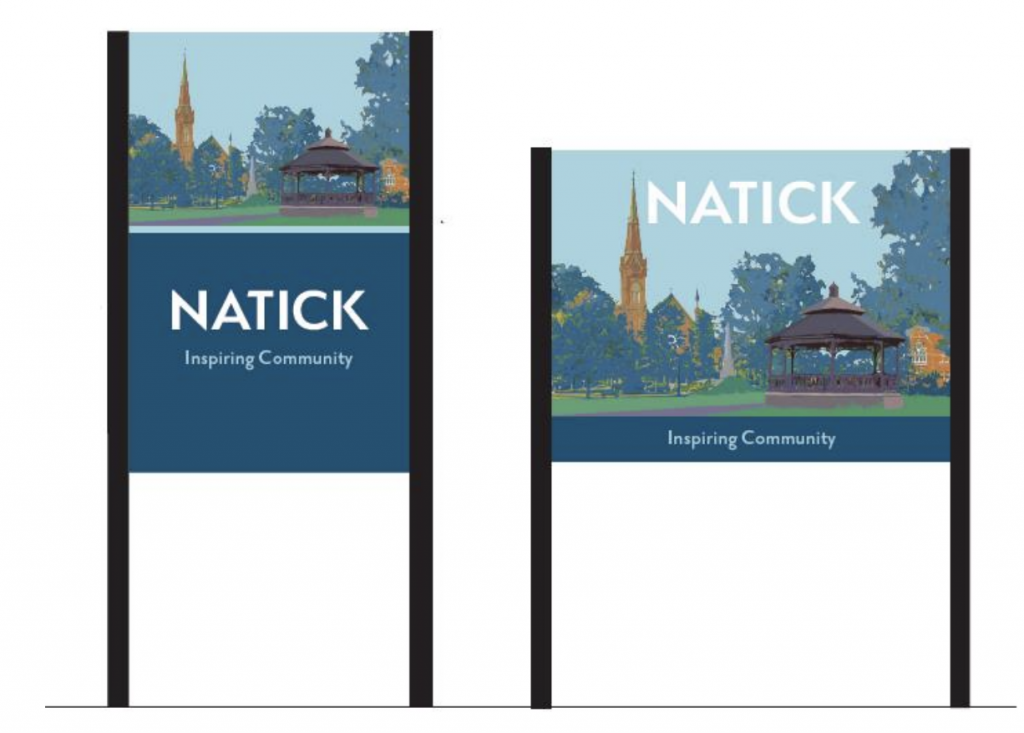 A draft plan in the presentation shows more than 30 proposed signs that would cost close to $22K in total.

Wellesley adopted a wayfinding program through a similar program with the same consultant, and after several years of stopping and starting, it dotted the town with its new signs in early 2020. The various-shaped signs, some of which feature an image of Wellesley Town Hall, fit in fine, though aren’t particularly necessary. 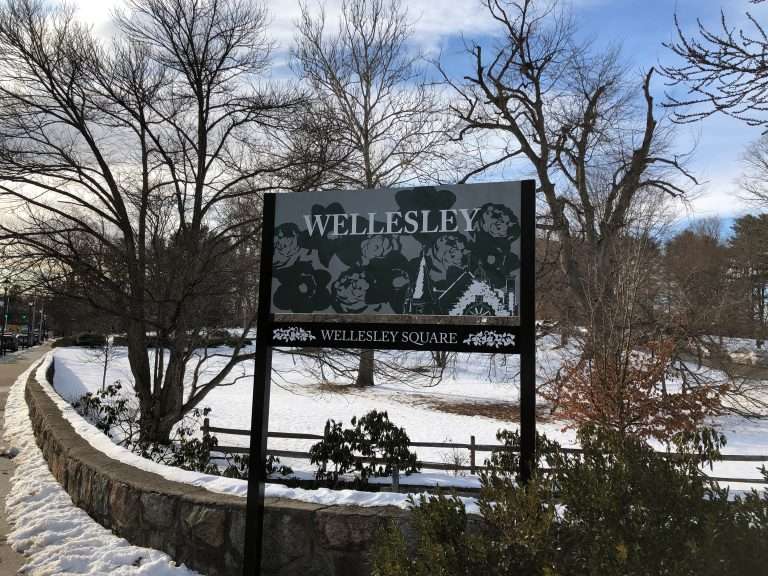 Not that anyone asked, but let’s hope Natick takes an approach similar to our “bring something in the house, get rid of something” technique. For every new sign installed, ditch an old one that’s superfluous or past its prime.

Natick actually is looking at installing the new signs in a phased approach. So while redundant signs welcoming people to Natick might sit alongside each other for a bit, the idea is that some of the older ones might be retired over time.