Yes, I know that the sign “Slow Picnic Area” at the South Natick Dam is encouraging drivers to slow the heck down on the short slope of Mill Lane that squeezes between Bacon Free Library and the dam. But it also made me wonder what one should bring to a “Slow Picnic” above the dam, whose days appear to be numbered. 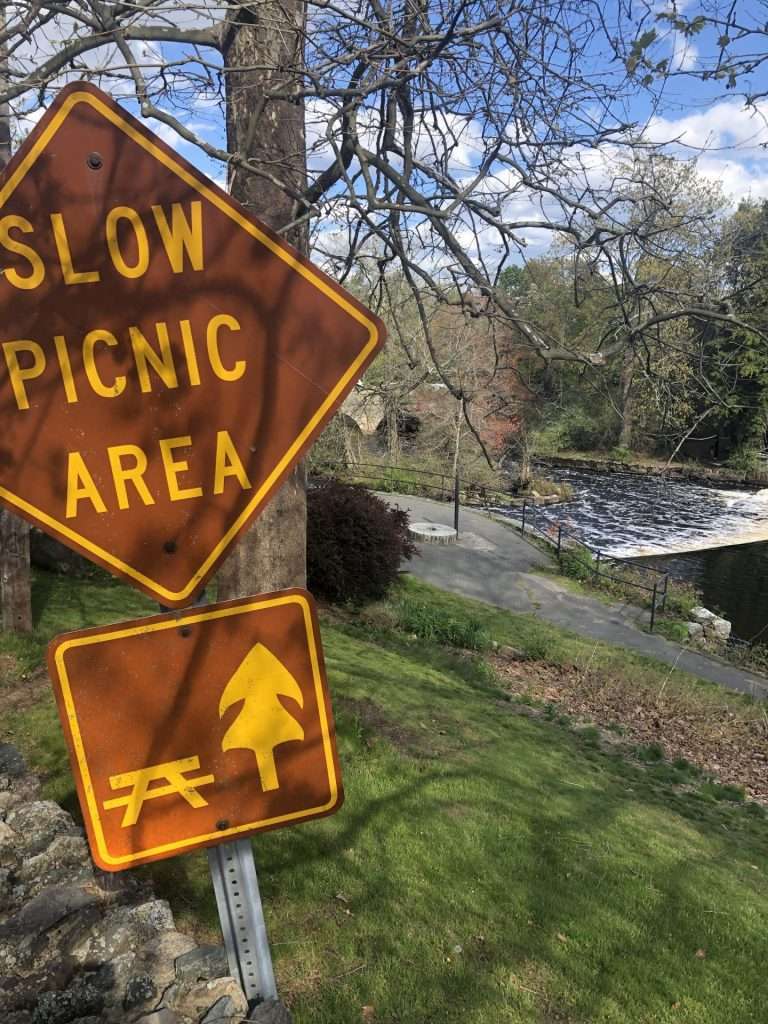 My mind went blank from there, forcing me to Google the word “slow” and “food,” which only brought up a zillion references to the slow food movement.

So I crowdsourced on our Natick Report Facebook page, and that’s where the true creatives hang.

Molasses, wrote MB. How could I have overlooked that?

A slow cooker is a must, quipped another commenter.

Turtle soup, chimed in a regular. Painted turtles and snappers along the Charles beware!

Other ideas? Take your time, but feel free to pass them along in the comments field.