While temperatures in the low 80s and the beauty of the North Shore’s beaches were calling us in late June, the realization that even a toe dip in the ocean would be bracing gave us pause. What else to do up that way that we hadn’t done before?

We stumbled upon the Essex River narrated cruise as an option, and made a 1pm launch the centerpiece of a Saturday excursion to Essex. 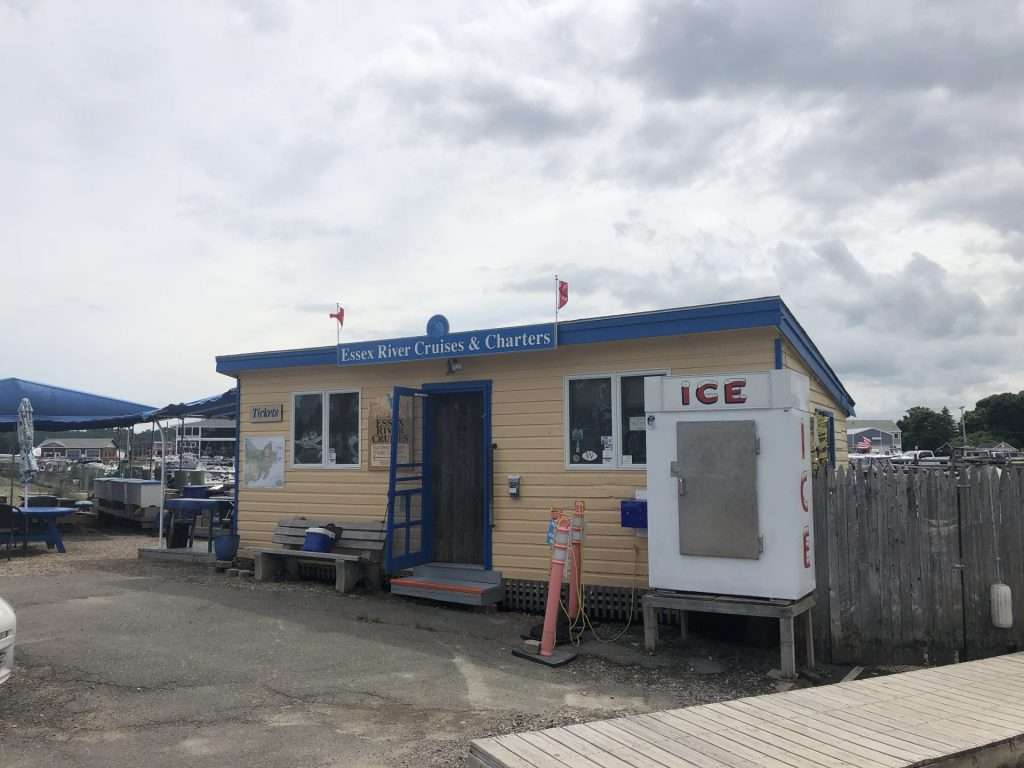 It took us a bit more than an hour to arrive at the pier, which has plenty of free parking, and is nearby a handful of waterfront restaurants. We ordered $28 adult tickets for the 90-minute cruise ahead of time. Prices are lower for seniors and kids, and it looked as though most of the passengers were either under the age of 10 or over the age of 40. If not enough people sign up, cruises can be nixed, though ours was pretty full with a few dozen passengers, and the cruise on the schedule was filling up, too, according to our hosts.

You can either sit facing the outside of the boat, or with your back against an outside railing. We sat on the outside, but I could see the attraction in hindsight of grabbing one of the inside seats instead, to avoid neck craning.

This narrated sightseeing cruise operates within a tidal estuary, exploring salt marshes and nearby islands. The covered open-air vessel we cruised on does not make it to the ocean, so you don’t need to worry about big swells, but you’d be well advised to bring along a sweatshirt or windbreaker to stave off chills. The operators encourage you to eat your meals before or after, though you’re welcome to bring non-alcoholic drinks and snacks aboard (they also have a small selection of drinks and snacks for sale on board).

Our narrators were just right: They wove in history, including about the grand Crane Estate in Ipswich that came into view. They got into some science and environmental issues, but avoided getting preachy.

We definitely learned a few things, including:

Humans (not on our boat) and animals put on a show that day, too.  One fisherman hauled in a sizeable fish and mugged with it for us to see. Ospreys were everywhere, and we got to see one snagging a stick and bringing it back to fill out its nest. 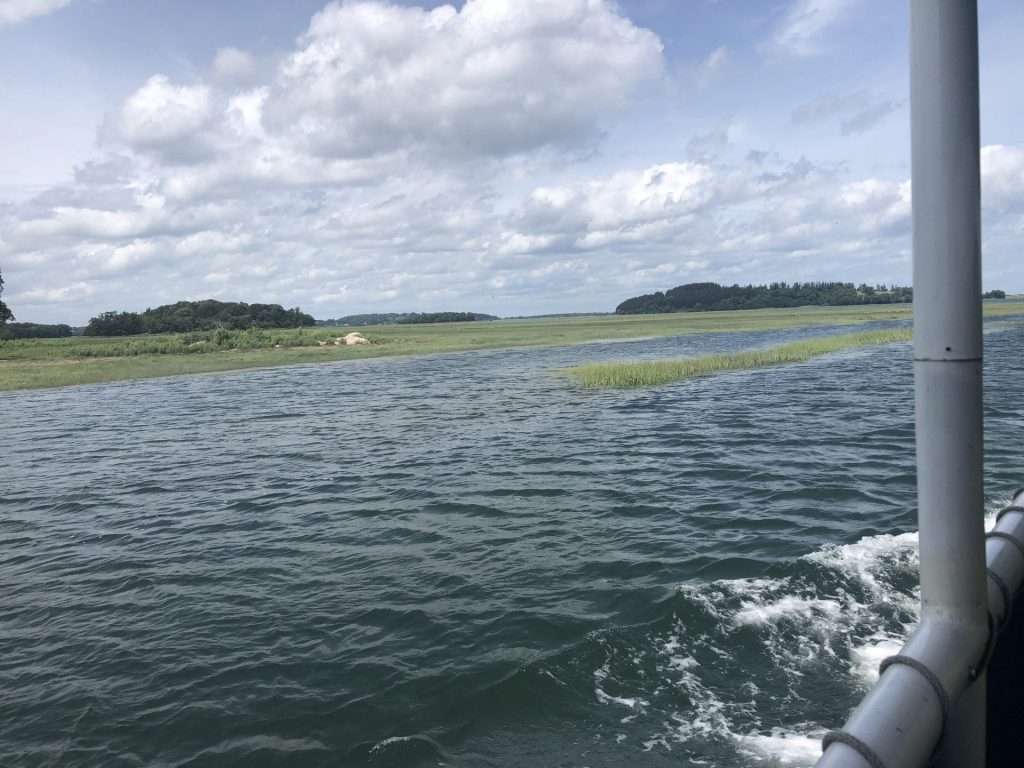 Following our cruise, we got off of our butts and went for a short hike at Agassiz Rock, a Trustees of the Reservations trail we’d noticed on the way up.

This property consisted of 4 color-coded and well marked trails, with the highlights being 2 big boulders. While the second boulder was bigger than the first, the first was more in the open, so more impressive. The hike included 2 loops and 2 out-and-back trails, which included just enough elevation to keep things interesting. 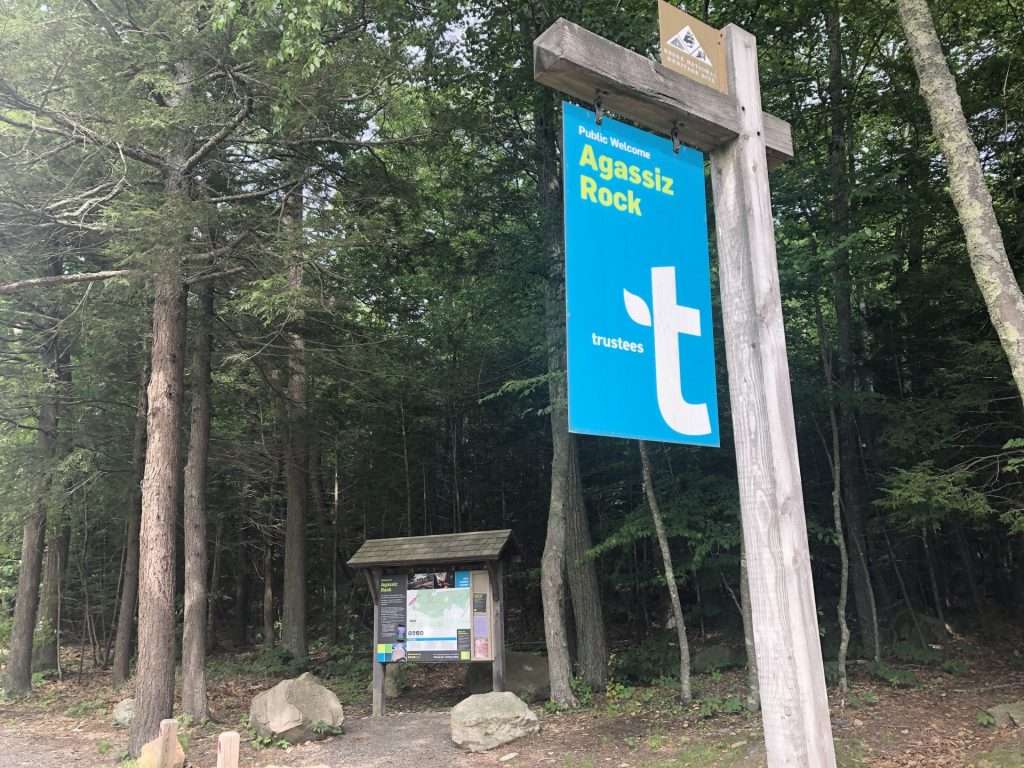 Next stop, not getting quite enough exercise at Agassiz Rock, was Halibut Point State Park in Rockport. We’ve been here numerous times, but it was just 20 minutes away, so why not check it out.

The parking lot and entrance to the park is undergoing a major renovation, which at first almost spooked us. As it turned out there was plenty of parking, and plenty of company, many of whom seem to park there as a way to get down to a rocky oceanfront area.

We took a trot around the quarry and checked out the lighthouse, before seeking a dinner spot. 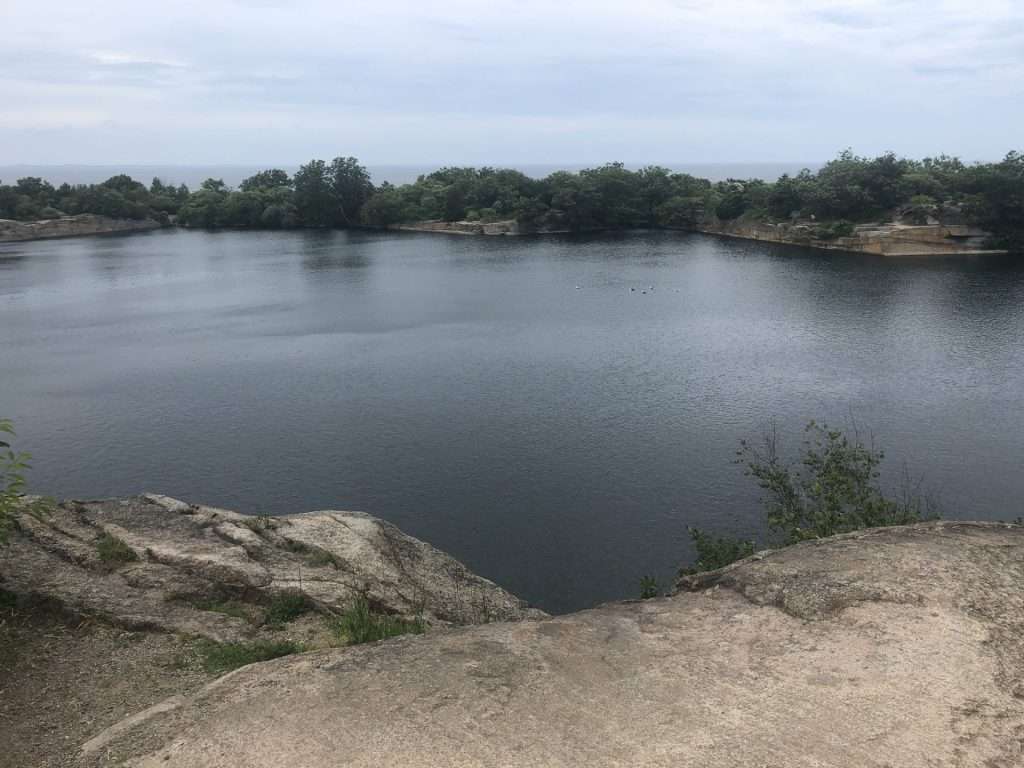 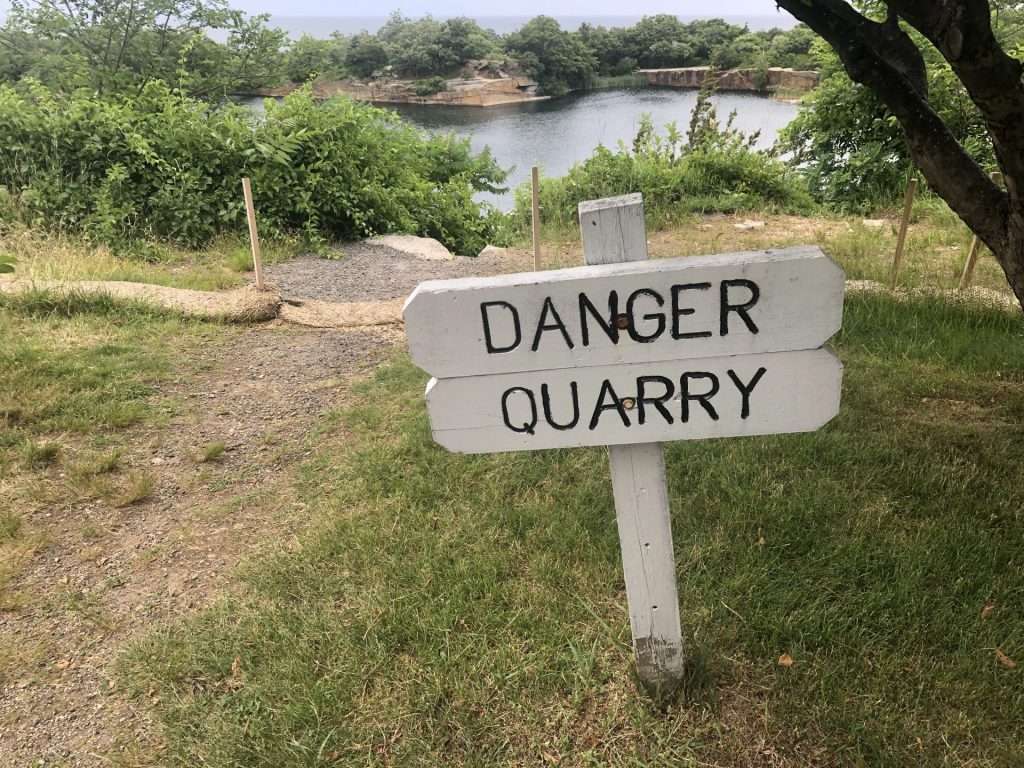 We got shut out at our first dining destination back in Essex…a big party had just arrived and they weren’t serving the rest of us lonelies for another half hour or something. So we moseyed over to JT Farnhams for seafood with a view.

The fried clams were nothing special, but the spicy scallop chowder was a winner, as were the marshy waterfront picnic tables. 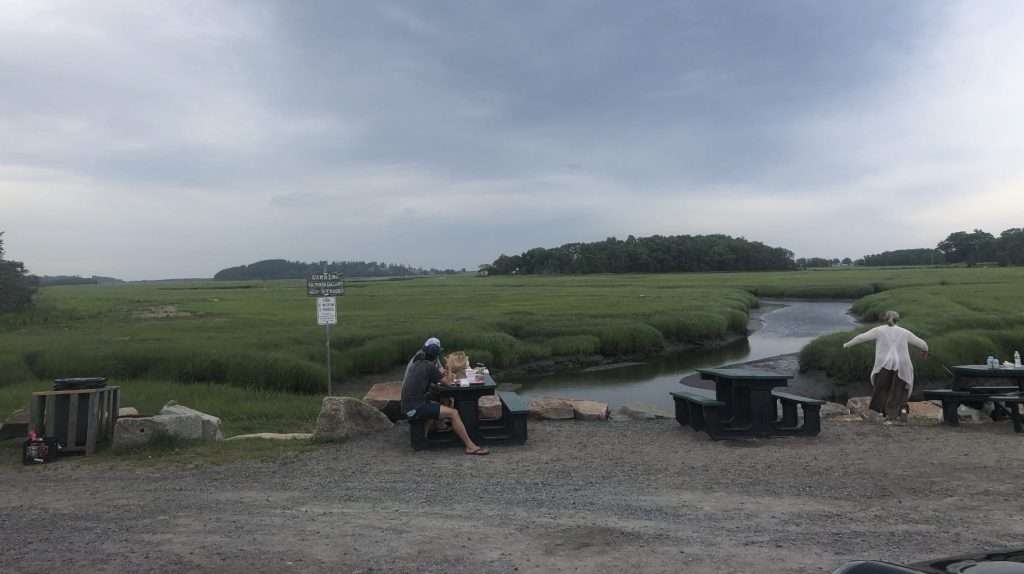