There’s now a double rainbow in front of Natick’s Morse Institute Library. In addition to the vertical P-E-A-C-E banners, now a display of peace sign-adorned seat coverings invite the public to “Take a Seat at the Table” in recognition of June being Pride Month. 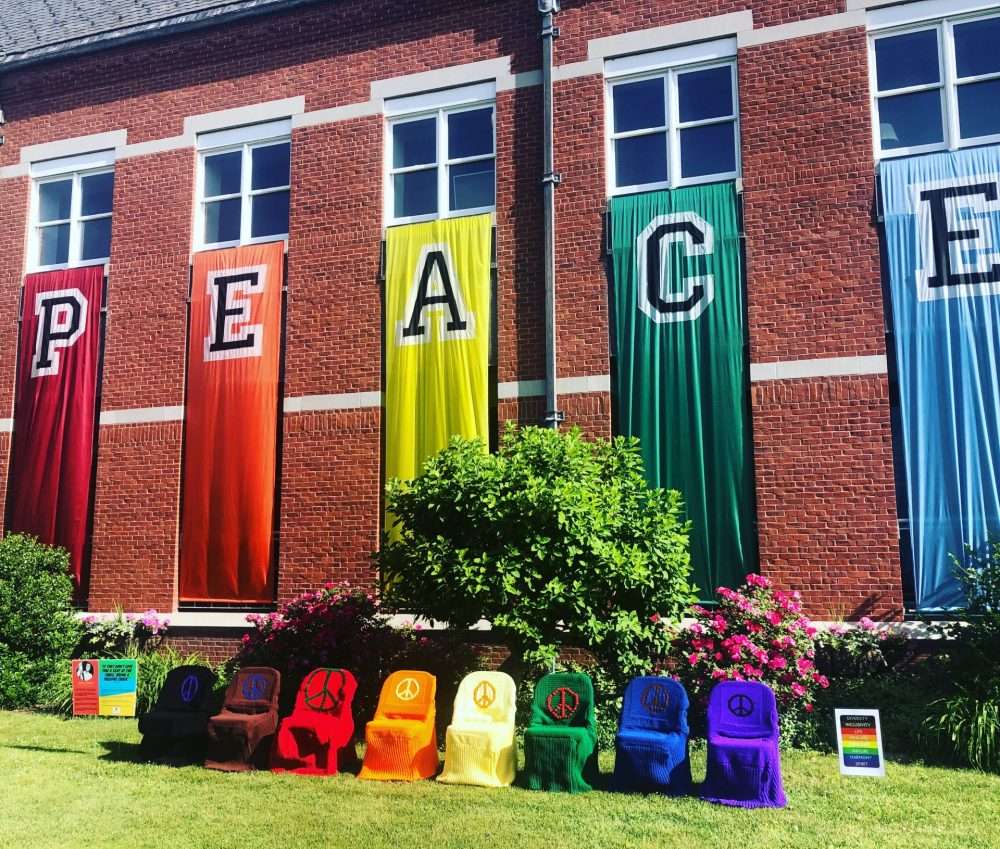 The Morse Institute Library Stitchers, responsible for this latest public art display, also invite you to grab your current knitting or crochet work and join others for a day of public stitching on Saturday, June 12, from 10am-noon. Bring your own chair though.

The Peace Chairs display is inspired by the Edward M. Kennedy A Seat at the Table project, which in turn was inspired by  Congresswoman Shirley Chisholm’s famous words (“If they don’t give you a seat at the table, bring a folding chair”) and life story.

The Stitchers, a core group of around 35,  primarily make items for charity, says Karen Perkins, a library staff member who is part of the group.

“In January I saw that the Edward M. Kennedy Institute was promoting its Seat at the Table project virtually for individuals or groups to make their own chairs.  It took the group a while to formulate a plan, but once we did we busily found funding from the libraries, a private donation of all the yarn, and then went to work knitting and crocheting,” she says.

The installation will probably remain throughout the summer.

Perkins describes the Stitchers as being a diverse group open to anyone who stitches.  The group meets once a month on the first Saturday from 11 am – 1 pm with the exceptions of July (no meeting), August (last Saturday of the month), and September (no meeting).  Check the library’s calendar for meeting dates.  People can also contact Perkins at 508-647-6520 or kperkins@minlib.net 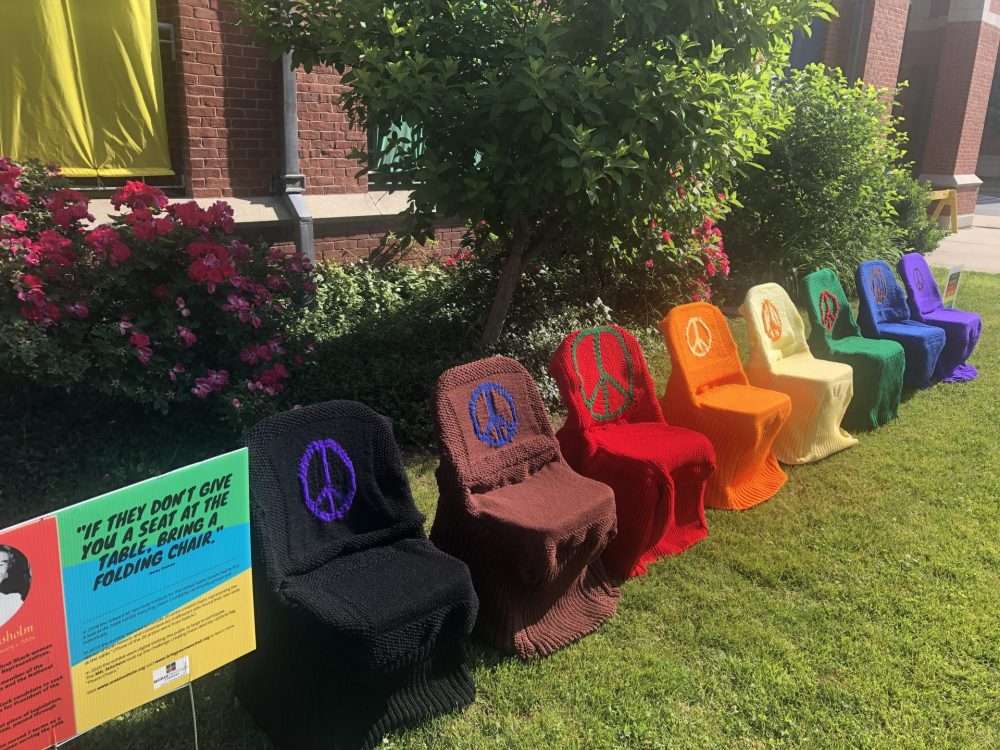