Don’t get the wrong idea: We don’t begrudge the cacophony of wedding couples celebrating their big night at Elm Bank Reservation, where receptions are a big part of Mass Horticultural Society’s revenue stream. Even when the happy noise does waft into our neighborhood at the crossroads of Natick, Wellesley, and Dover.

We’re also not the types to flip out about fireworks sounds, and although incessant leaf blowing wears us down, we get that yard maintenance is someone’s livelihood, and we try to keep our grumbling to ourselves.

We do like to have our fun, however. It’s been a long time since we’ve crashed a wedding—probably since our misspent youth— and since the wedding band over at Elm Bank was keeping us up anyway, we were sorely  tempted to wander over and take a spin around the dance floor. But we were in our jammies, and it had been a long day, and we were kind of at the wedding already. You know the cousins table? We were a few tiers below the cousins table. Having never met the newlyweds, we were placed outside the venue itself, across the river. We were sort of wedding “D-listers.” It’s a thing.

Wedding D-listers must make their own fun. As the wedding band rocked on past 10pm, we stayed up right along with them and played “Name that Tune.” From our vantage point, we surmised this couple had to at least be in their 40s based on their last-century music selection. Perhaps a second wedding? This definitely wasn’t a Millennial or Gen Z scene.

Here’s the last hour of the band’s setlist: 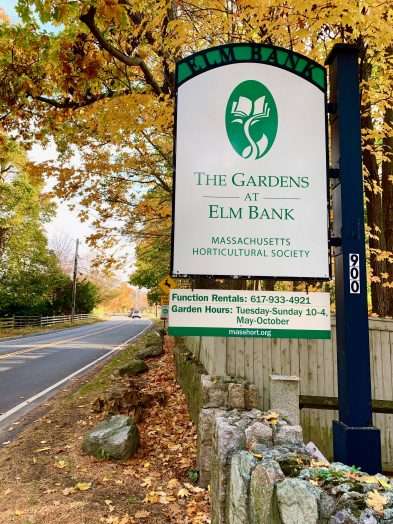 We had difficulty deciphering the next couple of songs, but there was no doubting Semisonic’s “Closing Time,” which the wedding band banged out at 11pm. Predictable, yes, that this party is over.

But not so fast. You think the party’s over? The party’s not over, not even close. Time to chill out with a rendition of Sting’s soothing “Fields of Gold.” Coincidentally, we’d just watched a rerun of The Office sitcom episode about Phyllis’s wedding featuring colleague Kevin’s band, Scrantonicity, playing a string of Police and Sting covers, including this song. As we recall, Phyllis and Bobby lived happily ever after, so we expect a similar outcome for our Elm Bank couple.

As we drifted off soon after, unable or unwilling to name other tunes, we reminisced about a party long past.

“I don’t remember any of the songs from our wedding, do you?” my bride of many, many years asked.

“Nope,” I admitted. “Just that we told the band to just ‘play something nice’ for our first dance and we ended up stealing T & J’s wedding song, and they’re probably still mad at us.”

“Yeah. I think they might be. It comes up every once in a while,” she said.