We had a busy Saturday but wanted to be sure to fit Natick Porchfest, a free grassroots community music festival featuring local and guest performers right on Natick porches, lawns, and driveways. We should have plotted out a course ahead of time, but wound up just parking near the library and letting our ears guide us to the tunes. Turns out going with the flow was perfectly in keeping with the event’s mojo. Over 2 dozen musical acts, all of whom gave freely of their time and talents, were on tap during the event. Here are a few we checked out:

First stop was at the Baby Safe Haven stage in front of the Natick Police station. At first we thought Baby Safe Haven was the name of the performer, but it turned out to be Arthur Cole, who had a strong fan base clapping and dancing along as he sang with the chillest of vibes. After Cole completed his set he walked among his admirers, giving high fives and hugs. “That was awesome,” said one fan wearing a Red Sox shirt. “You were wonderful,” chimed in a couple of the town’s senior citizens.

From there we headed across the street to a cluster of acts on Lincoln, Sherman, and Wilson Streets, running into numerous friends along the way. Crowds gathered, some plunked down in portable chairs, some standing, and others staying on the bikes they rode there.

We circled back to the police station location before heading home, catching a bit of music from some young performer who looked as though they weren’t going to stop anytime soon. 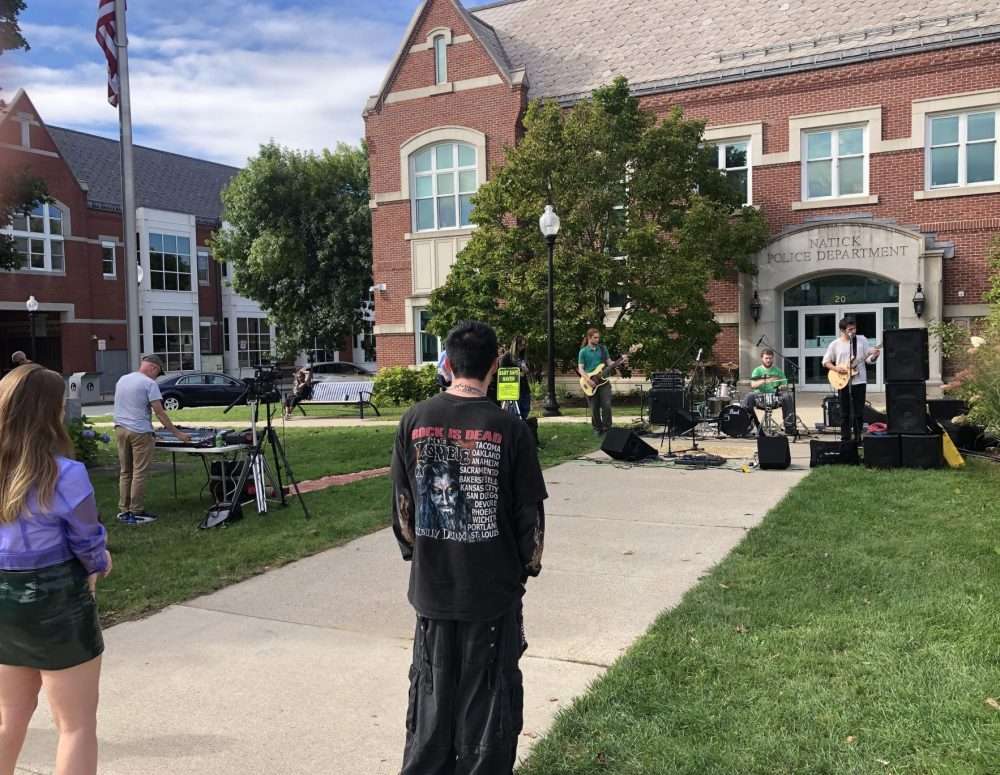