In a raucous show of support, Natick residents lined either side of the 01760 section of the Boston Marathon course in big numbers to cheer on athletes as they made their way to the Boston finish line.

Runners and para athletes seemed to appreciate the mid-race noise put out by the drummers in front of the Morse Institute Library; the golden-oldies tunes that blared from a speaker system set up in a pick-up truck outside of Dunkin; shouts from front porches and rooftops; along with the clang of many, many cowbells

Over 50 Natick residents were on the list from the Boston Athletic Association for official runners of the 125th in-person Boston Marathon. Some qualified based on speed, some for committing to raise money for charities.

Natick’s fastest overall runner was Dylan Jones, with a time of 2:43:29, according to the Boston Athletic Association. Christine Mcgrory topped all female runners from Natick in 3:18:51.  More results. 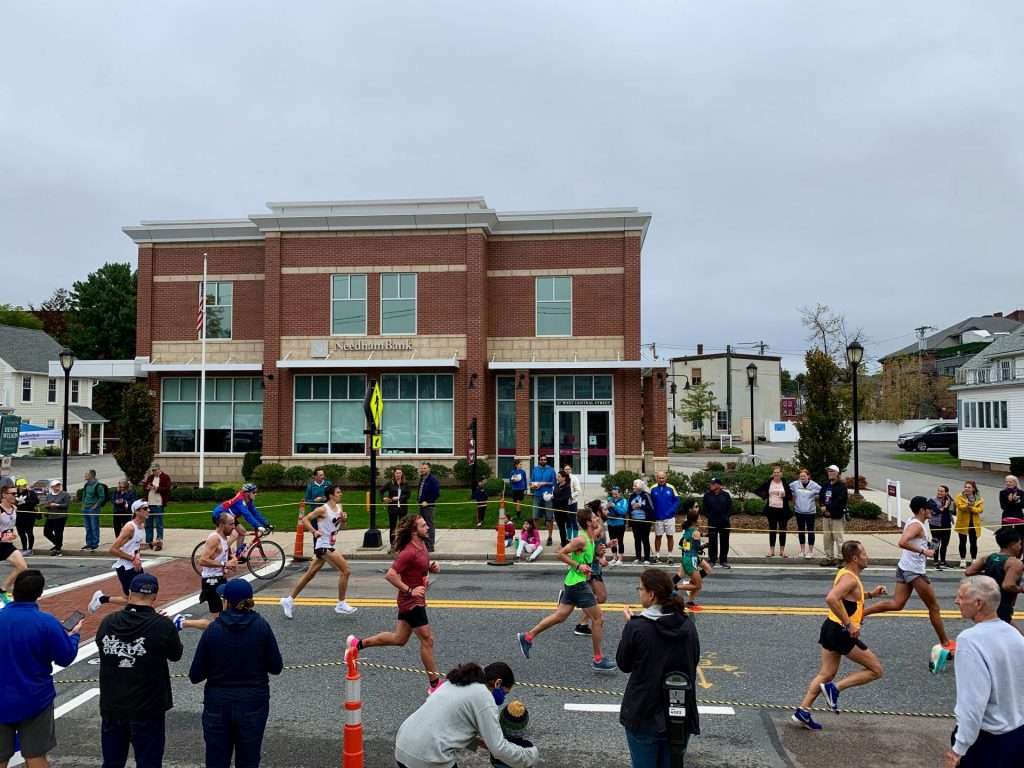 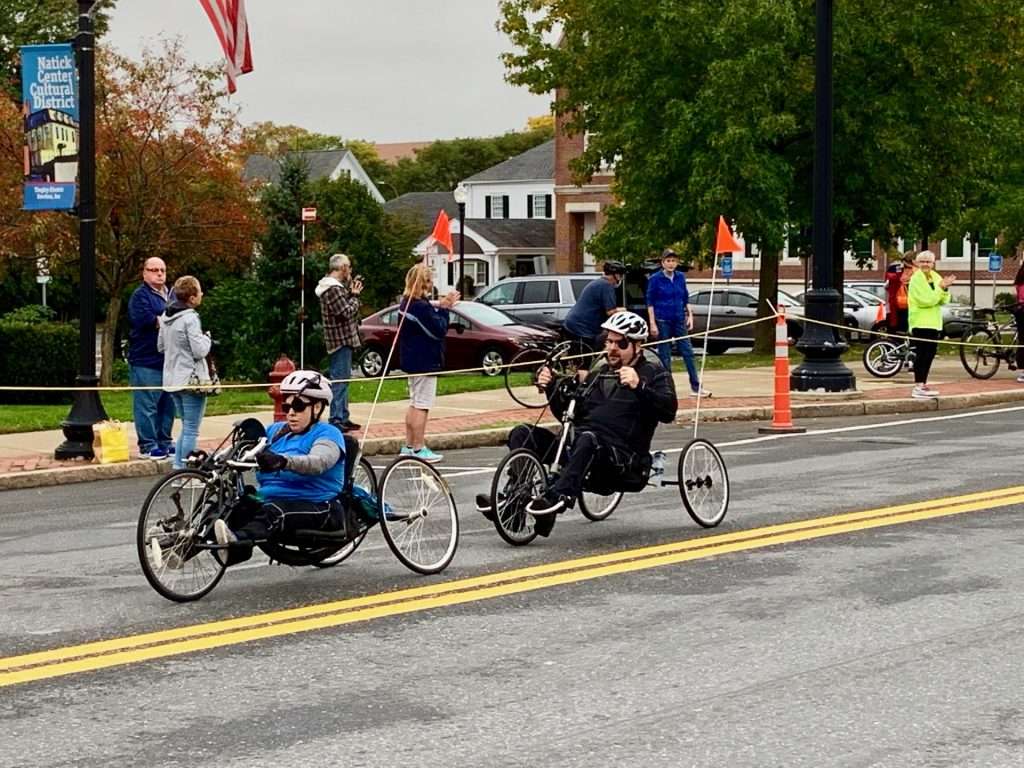