The Chabad Center of Natick led a crowd of over 200 at Natick Town Common in welcoming the first night of Chanukah with a menorah lighting, hot latkes, applesauce, and hot cocoa. The event was capped off by members of the Natick Fire Department tossing chocolate coins to excited kids of all ages during the “Great Chanukah Gelt Drop.” Light-up menorah necklaces were given out, and festive Chanukah-time songs blared from the speaker system.

Later, the excitement took a turn toward Christmas, and there were additional jolly sightings in the area. Kids were hard at work at craft tables set up by the gazebo, a long line formed for the balloon twisters, the Voices of Metrowest provided caroling, Empire Dance students performed, and cool antique cars lent an old-timey feel to the event. At last, Santa made an appearance, followed by a tree lighting on the Common. 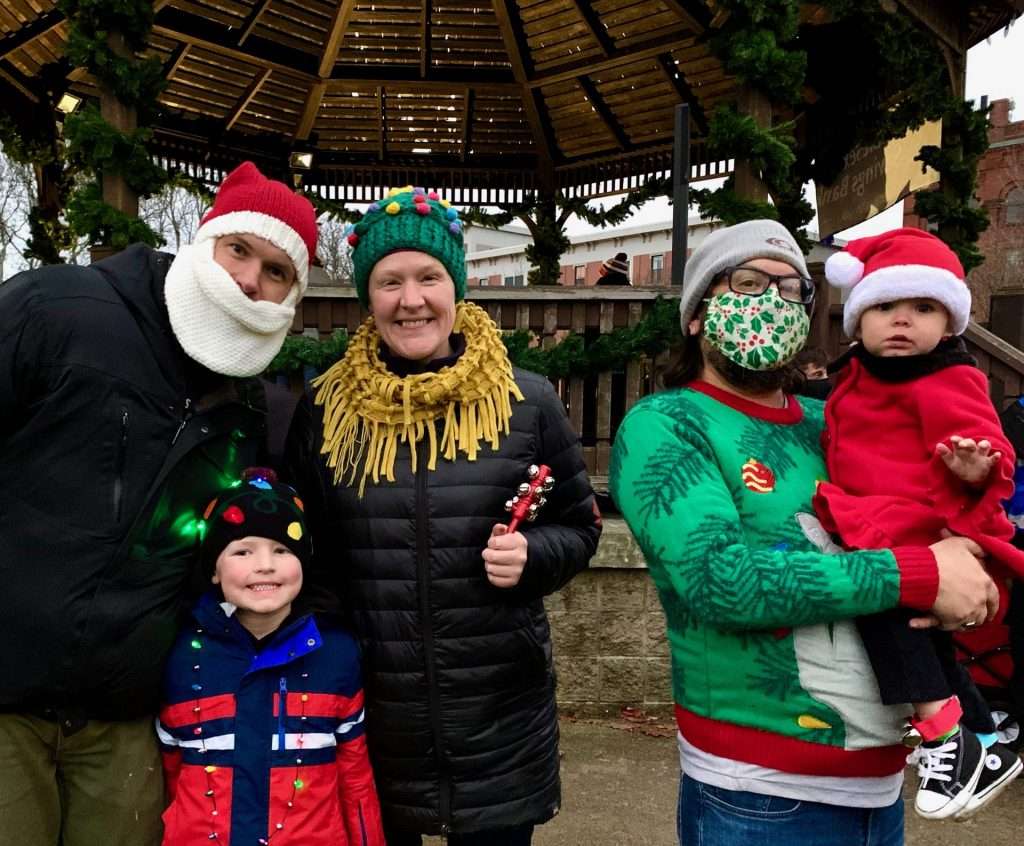