Update: Here’s a video of the dedication from Natick Pegasus:

Natick plans to dedicate the corner of East Central Street and Penacook Lane as the Kaufman Family Square on Nov. 6 in honor of Bruce George and Robert John Kaufman, who each served in the armed forces.

A proclamation (embedded below) is slated to be made at this week’s Select Board meeting on Nov. 3.

Robert John joined the Marine Corps in 1969, reaching the rank of Corporal. He was deployed to Vietnam and was awarded the Vietnam Campaign Medal, the Combat Action Ribbon, the Vietnam Service Medal, the Good Conduct Medal, the Rifle Marksman Badge, and the National Defense Service Ribbon. 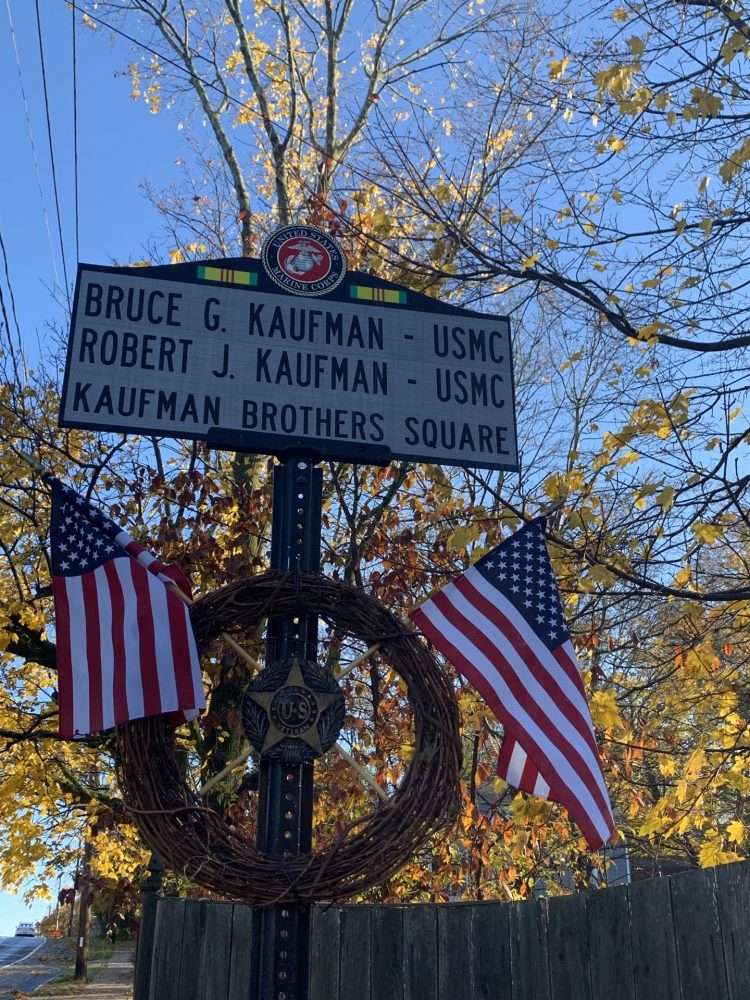