Five Crows Gallery and Handcrafted Gifts, has much to celebrate after 20 years of doing business in and bringing beauty to Natick Center.

The 41 Main Street creative hub, originally owned by a group of five, is currently helmed by three artistic and entrepreneurial “crows.” Like real crows, all three are social types who have a strong sense of community and a penchant for collecting bright, shiny and colorful objects, thus the store’s name. Sherry Anderson, a weaver and decoupage artist, and Marie Jeffrey, a jeweler and leather-worker, joined the ownership in 2013. Ginger McEachern, a jeweler, watercolor painter, illustrator and mixed-media artist, is the sole remaining founder.

The art of survival

The owners show and sell their work alongside that of over 100 regional artists who create pottery, fine art, photography, wood, glass, fiber arts, children’s items, women’s clothing, mixed media and more. Ginger says the partnership between owners is the strongest it’s ever been. It’s a good thing, because the team had to draw upon deep wells of determination and positivity to make it through the challenges of shutting down during the pandemic.

Ginger prefers to focus on the built-in advantages that have set them up to weather hard times. “Ben Greenberg, who owns Debsan, is our landlord, and since I came in over 20 years ago and rented a small studio upstairs, even at that time the Greenbergs were committed to renting to artists and always have been,” she said.

When in 2012 Natick Center became one of fourteen initial communities to be designated as a Cultural District by the Commonwealth of Massachusetts, “that was another huge thing for the arts community. Athena [Pandolf, Natick Center Cultural District Executive Director] is amazing and gets grants for artistic initiatives,” Ginger says. “Natick is a beacon, I think, for what many towns want to become. There are artists everywhere now, painting electrical boxes and doing murals and mosaics and all kinds of public art. I think the sweet spot is right now.”

The business community is also involved in the arts, with Arthur Fair of Fair & Yeager Insurance Agency serving as president of the executive committee of the Cultural District.

Marie says there are always fresh looks coming in to Five Crows. “We do a monthly jury and that’s how we find new artists.” During the jury process, artists supply the studio with at least five pieces for review. Submissions are judged on originality, workmanship, and appeal to the Five Crows customer base. If an artist’s work is a fit for the store, they’re given sales space as consigners.

Now this is a party

What’s a 20 year milestone without a celebration? The actual anniversary date is Feb. 2, and on that day everything in the shop will be 20% off. There will also be 20 Days of Giving, in which Five Crows will donate a percentage of sales to three charities for 20 days, starting Feb. 1; and a Give Away day on Feb. 5—the first 20 customers will receive a free gift. More information here. 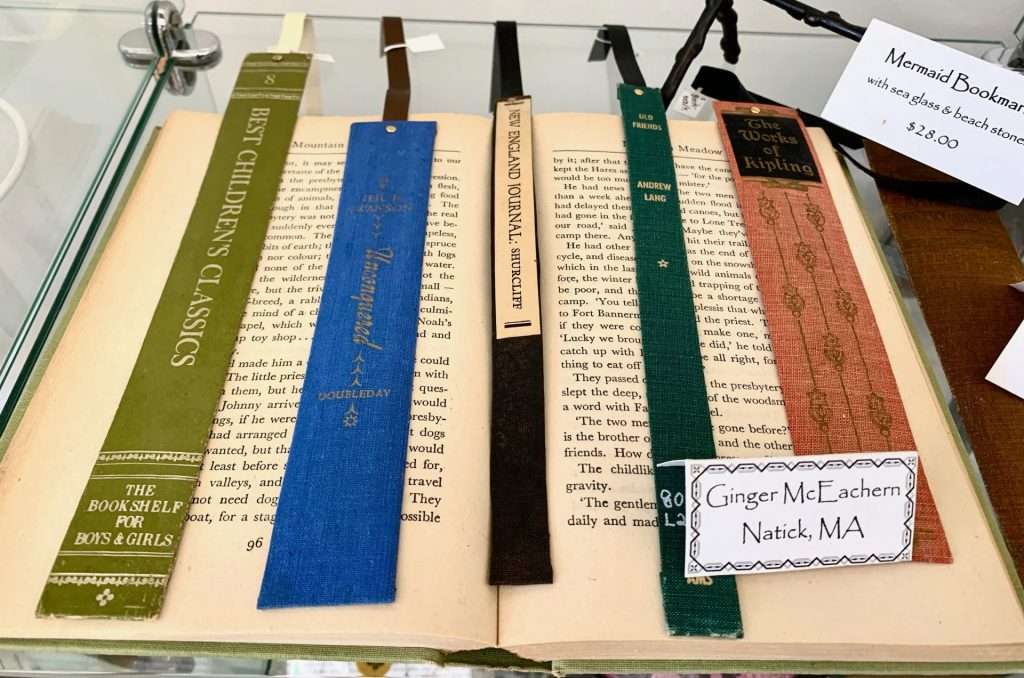