If you looked closely, you could spy the vaporous spirits of the longtime liquor store that called 17 Washington St., in Natick Center its home for decades rising into the misty January air. And perhaps a tuft or two of hair could be seen floating through the air, remnants of the space at 11 Washington St., occupied for 45 years by Bruno’s Barber Shop before its move to Pond Street.

A bucket loader lorded over the pile of debris from the demolition of 5,000-plus square feet of building in between Agostino’s and the Morse Institute Library, between Washington and Clarendon Streets (overhead view from Natick GIS). The Washington Street stretch was occupied by Kentucky Spirits, Bruno’s, an insurance firm, a real estate office, and others over the years. 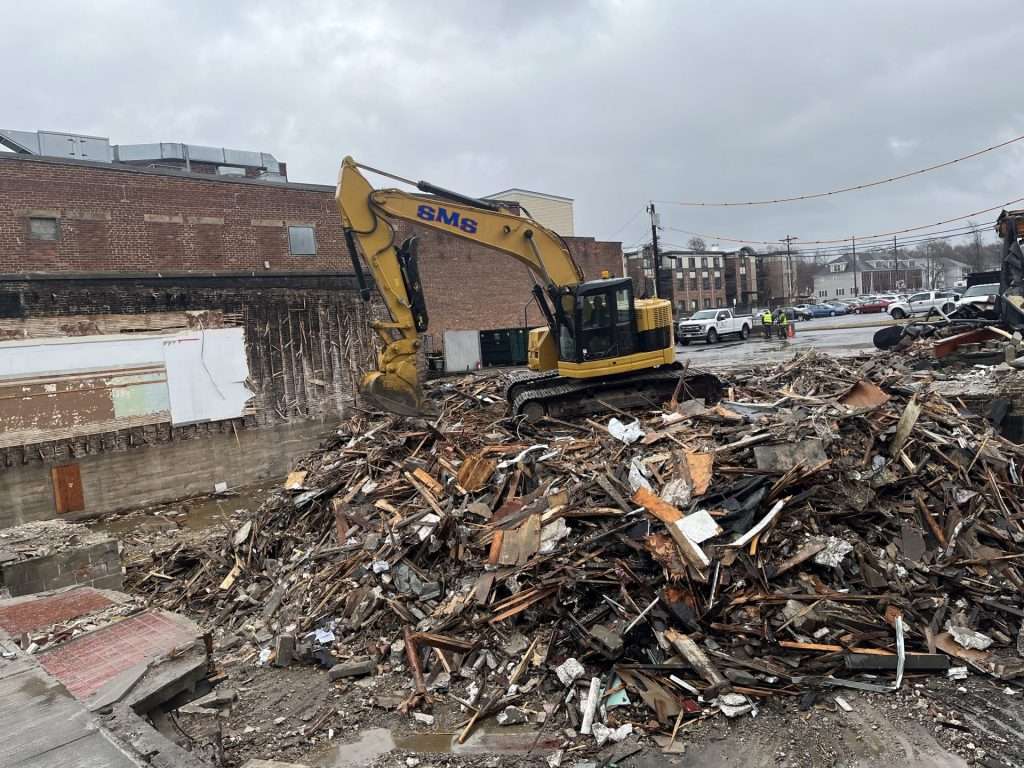 It’s on its way to becoming a new structure with retail on the ground floor and 4 levels of apartments above, with off-street parking. The Planning Board in March of 2020 gave its blessing to Sal Oweis’s project, including a site plan and special permit, at the Natick Mercantile Building. A 7-19 Washington Working Group had studied the project for Natick, which will gain 10 “affordable” units in the mix.

The project applicant proposed to reconfigure the approved floor plans to change the 48 units from 8 two-bedroom and 40 studio units to 27 two-bedroom and 21 one-bedroom units, but in April of 2021 wound up backing off that plan (see about an hour into Natick Pegasus recording).

SWEB Development of Natick has scored a $25M loan, through an affiliate, from Needham Bank to develop a wind energy project in Clifton, Maine.

The project, when complete, will include five wind turbines that will produce 20 megawatts of clean energy, and complement a nearby SWEB wind farm already in operation.

It was news to us that Natick Mall had any “irreplaceable” property, but according to Bullfinch Companies CEO Eric Schlager, that is the case regarding the Neiman Marcus space that an affiliate of Bullfinch just joined forces with another firm to buy.

“Bulfinch is excited to partner with Harrison Street and Brookfield Properties as we reposition this irreplaceable property to meet current market requirements,” Schlager said in a statement.

High-end fashion retailer Neiman Marcus announced last year it would be bailing on the Mall as part of a companywide meltdown fueled in part by the pandemic. Its space at the Mall adds up to 94,000 sq. ft. over two floors, and according to Bullfinch will remain in operation by the retailer through this September (previously, word was it would close last year).

Bullfinch points to past repositioning efforts, such as the former Atrium Mall in Chestnut Hill that is now dubbed the Life Time Center as home to fitness and health organizations. The Boston Globe has speculated the Natick Neiman Marcus property could be converted into life science lab space. 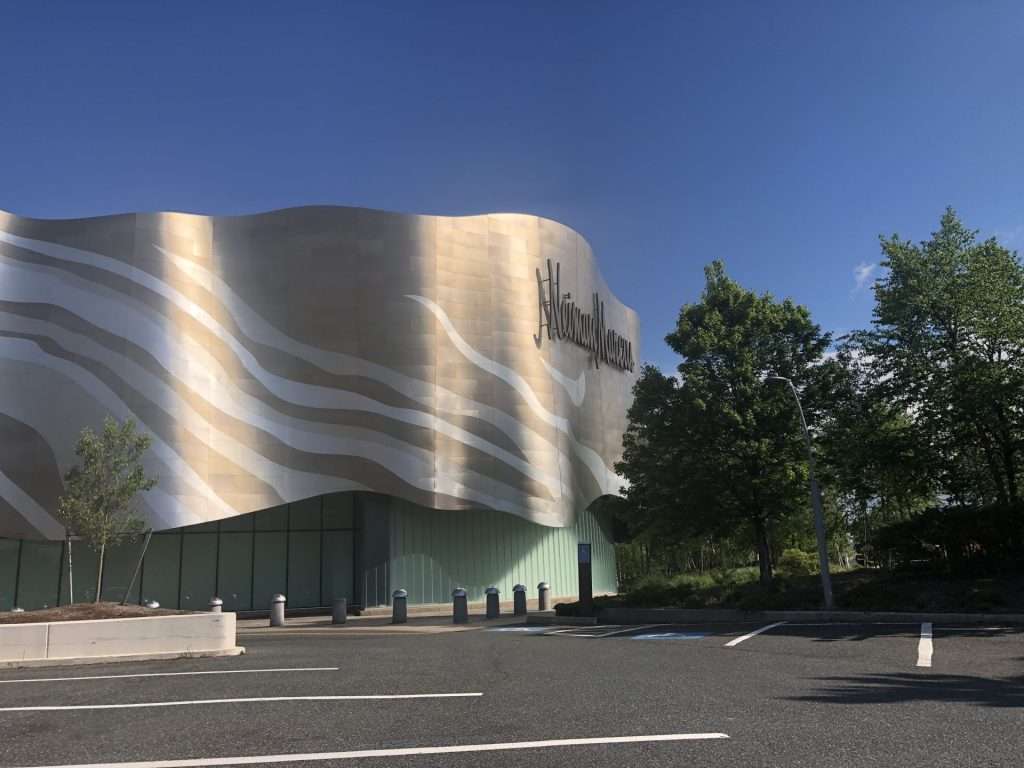