Happy birthday to one of Natick’s historical figures, Henry Wilson, U.S. Vice President from 1873-1875. VP for the Ulysses S. Grant administration, Wilson served until his death from a stroke on Nov. 22, 1875.

Wilson was born in New Hampshire in 1812 and came to Natick as a young man. Here, he learned to make shoes, and from such humble beginnings rose to become first a U.S. Senator, where he was known among his colleagues as “the Natick Cobbler,” and then ascended to the vice presidency.

A memorial site in town at the busy corner of West Central and Mill Streets includes a “10-footer,” a type of shed once common in the area as a shoe-making workshop. There’s also a bell from the original Henry Wilson School. 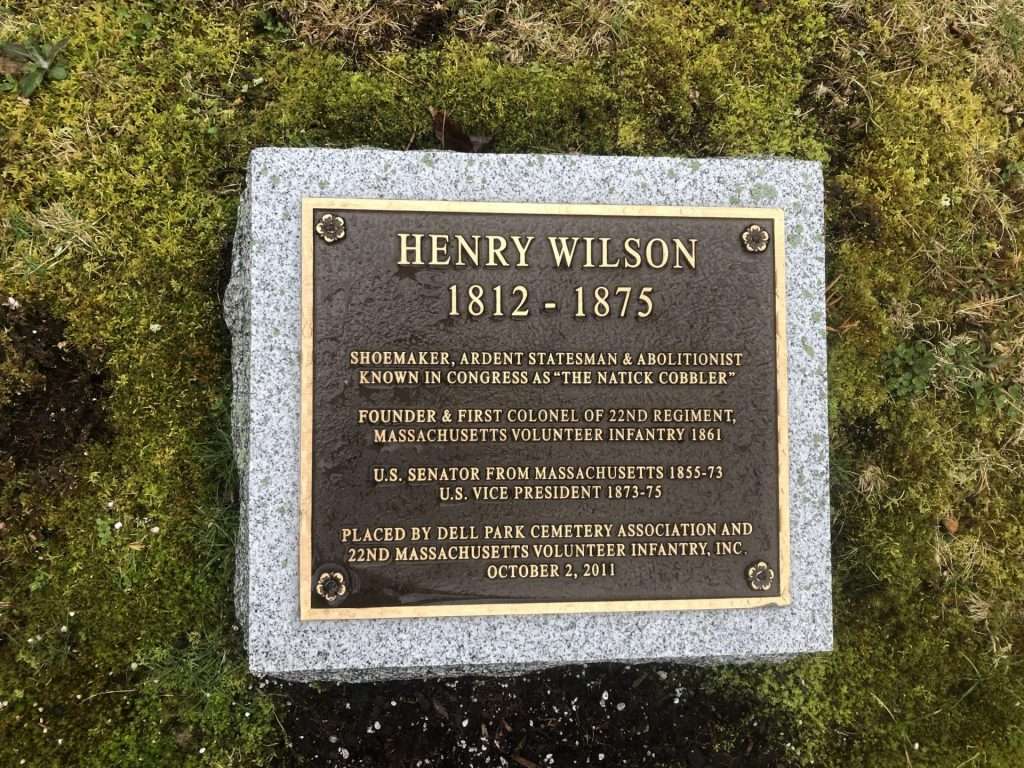