The Natick Board of Health drew what might be considered a capacity crowd—60ish people—at 5pm on a Tuesday afternoon as it met online to discuss the town’s mask mandate among other topics, including COVID-19 numbers. A chat that was live during the first part of the meeting was shut off as people got increasingly fired up.

The board meeting took place shortly after the state’s Department of Public Health loosened its face covering guidance, specifying that vaccinated people only need to wear masks indoors under certain conditions or in specific places.

Some residents who zoomed in to the Natick board meeting wanted the town to dump the mask mandate it put into effect on Jan. 17 amidst the rise of Omicron as of today. They cited the “psyches” of students and questioned the efficacy of masks at this point. But the Board voted unanimously to let its mandate expire instead on Feb. 28, which was the original end date.

Director of Public Health Michael Boudreau who shared the latest Natick COVID-19-related data during the meeting, was on board with that.

“I would remove the mask mandate for the general public buildings and for municipal buildings. Given the trends that we have seen, given the trend that everything is going down, our vaccination rates are high, that there is a certain level of COVID fatigue and people would like to have it removed,” he said. Boudreau added that he’d like to see the town reinforce a strong recommendation to wear masks as appropriate, and the board agreed.

This would be “appealing to people’s better nature, and to use their judgment,” he said. 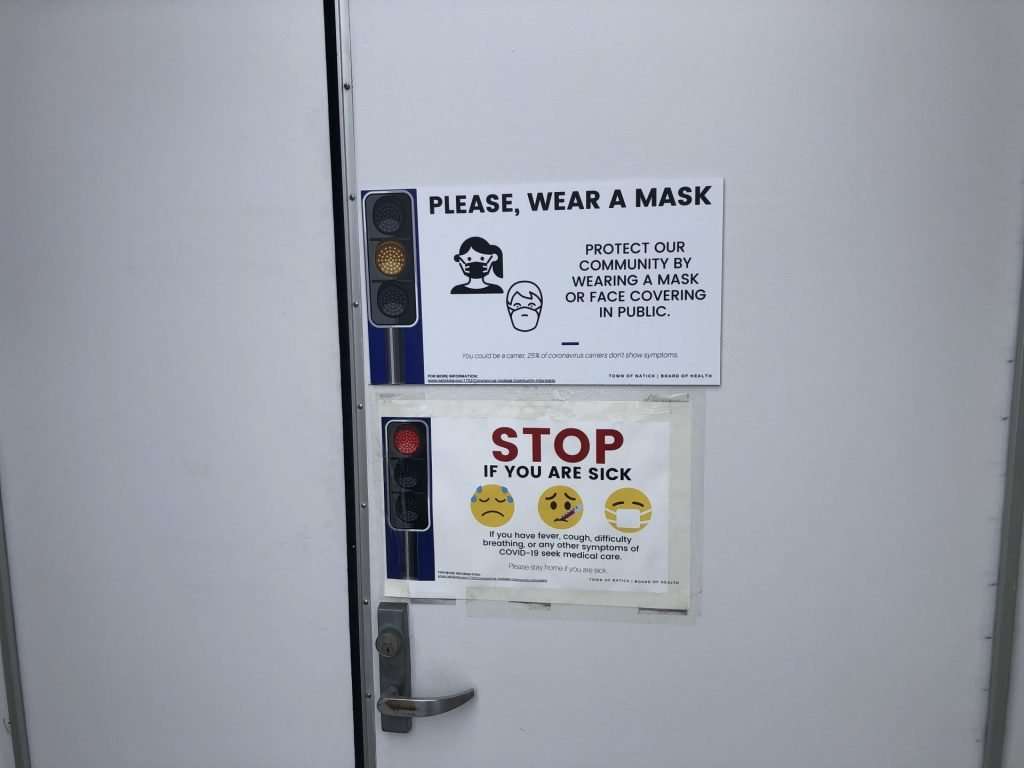 While the state has given public schools the go ahead to lift the mask mandate locally at the end of this month, Natick Public Schools Supt. Dr. Anna Nolin originally proposed March 7 as a possible day for the schools to move away from the mandate and adopt what some districts are calling “a flex mask culture” that could include masking in certain situations that the school community would be educated about. She noted masks remain a requirement on buses and in health offices.

“That culture needs to respect personal family values and decision making at this point in the pandemic,” she said. “There are some families that are still going to have vulnerable populations and we would need to make accommodations for those people through the normal ways we did pre-pandemic.”

While Nolin noted that some other schools in the area have lifted mask mandates, she justified the proposed March 7 date for Natick as a way to allow for the schools to gauge where its COVID rates are following next weeks’ school vacation and subsequent antigen testing. She said the topic will be discussed at upcoming School Committee meetings.

The Board of Health voted to pick up this issue at its next meeting, slated for March 15.