The Natick Historical Society has been uncovering all sorts of treasures as it preps for its museum’s eventual reopening in the basement of Bacon Free Library. The discovery late last week of a Civil War artillery shell in its collection called for some special attention.

The Bomb Squad, a State Police unit assigned to the State Fire Marshal’s office, paid a visit to the Natick History Museum on Monday to determine whether or not the shell was dangerous.

They X-rayed the item and found that while it didn’t contain gunpowder, it did have an igniter that needed to be diffused. The Bomb Squad took it to nearby Hunnewell Field, where they took care of business. (MetroWest Daily News took some nice photos.)

“Now it’s perfectly safe,” says Mike Pojman, president of the society’s board. “We’ll determine what to do with it, we didn’t know we had it.”

The shell has been tentatively identified as a Hotchkiss projectile, according to the Historical Society.

The paper trail for older collection pieces isn’t always strong or even existent, and Pojman says the shell was of unknown provenance. He credits Board Member Kenneth Van Blarcom with doing the sleuthing to determine it was a Civil War relic. “It would be wonderful to know if there’s some Natick connection,” Pojman said. 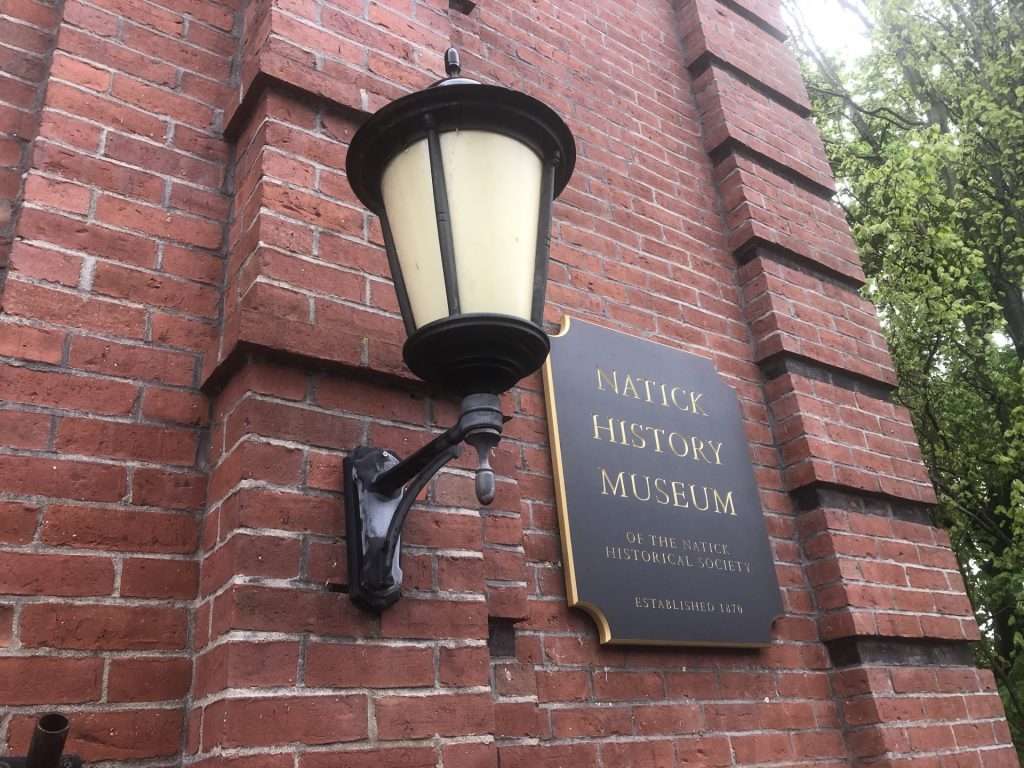 The society, which has been operating out of both the museum and space across the street, is consolidating in the renovated museum. Society staff and volunteers have been working their way through the collection to determine what should find a home in the museum’s displays and cabinets. When the shell was discovered, NHS leadership “out of an abundance of caution” set about contacting authorities, starting with the Natick Police Department.

A spokesman for the State Department of Fire Services said “older military ordinances turn up more often than one might think (or hope)… The Bomb Squad… is regularly called out when relatives cleaning out a veteran’s house find ammunition or ‘souvenirs’ from military service, or when fishing vessels dredge these items up in a net.  Sometimes these items are live, sometimes inert, sometimes they may have a little bit of powder left in them as part of firing mechanism, and sometimes one cannot tell. For this reason, we recommend that anyone who finds such a device treat it as live and dangerous.  Leave it in place and call the local fire department, which will notify the Bomb Squad.”

Whether the shell has earned a place of prominence at the museum…we’ll just have to wait and see when the grand reopening takes place at a date to be determined.