Natick has released its warrant for Spring Town Meeting, so you have plenty of time to study up on the issues between now and the meeting, which is slated to kick off on April 26 at Natick High School.

The warrant boasts 30 articles, which have already been discussed and vetted at a variety of board and committee meetings in recent weeks. As usual many of the articles are standard budget and personnel-related ones.

Among the warrant items that jumped out to us is Article 21, which calls for the town to adopt the Community Preservation Act (CPA), which would result in a local property tax surcharge (1% is proposed, with a $100K exemption) to establish a fund used to support investment in historic preservation, open space, recreation, and affordable housing. The CPA has been around in Massachusetts since 2000, and more than half of the state’s cities and towns have adopted it. 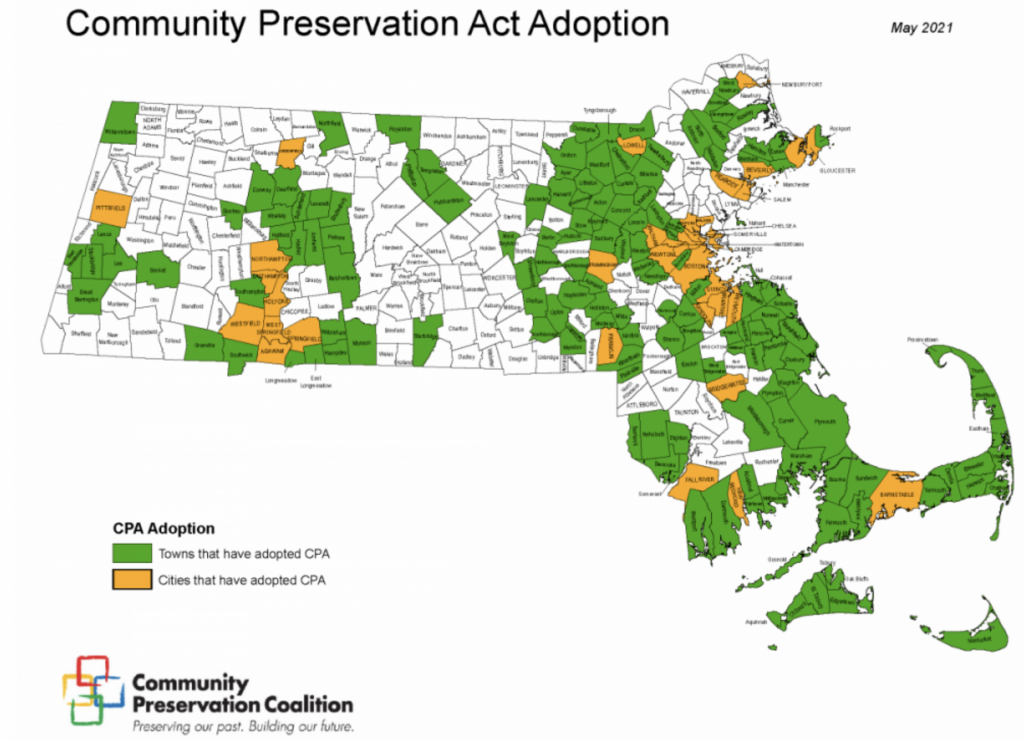 “We should have done this years ago. We put it on the ballot in 2006 and it did not pass,” says Open Space Advisory Committee’s Martin Kessel. “Everyone seems to have a different explanation as to why, but, in the years since, we’ve missed out on a lot of funding that could have done a lot of good for the town. We’ve had discussions over the years, but never felt we had the ability to get this moving forward again until now. Perhaps the reason as to ‘why now’ is that all three groups have experienced so many lost opportunities as funding has become tighter in the regular Town budget.

Ganesh Ramachandran of the Natick Affordable Housing Trust Fund Board presented on the CPA at the Feb. 9 Natick Select Board meeting (starting at about the 1-hour, 16-minute mark of Natick Pegasus recording) and since then supporters of adopting the CPA have issued a report. Among the possibilities envisioned if Natick Town Meeting were to vote in favor of adopting the CPA (and get a question about it on the fall election ballot) would be funding everything from renovations and reuse of old school buildings to buying land for friendly 40B projects to buying key riverfront parcels.

A question raised during the Select Board meeting is whether the timing is right in light of a coming operating override. Others argued CPA funds are needed sooner than later to invest in the community, such as by addressing housing equity.

If this article is approved by Town Meeting and voters, Natick would establish a Community Preservation Commission (CPC) to oversee the fund. We’re familiar with CPCs from our experience in Wellesley, which established its committee in 2002. The Wellesley CPC has approved funding for a wide variety of things, with current projects or applications addressing everything from a playing fields utilization study to LED light retrofits to public housing studies. The Wellesley fund has included more than $23M over the years, with $7M-plus in matching state funds.