Boston Marathon supporters, who came out in droves to Natick Center and along the route through town just six months ago to cheer on participants, did it all over again Monday for the race’s return to its traditional Patriots’ Day schedule.

Drummers kept the beat going in front of Morse Institute Library, and spectators stood or sat on any perch available to watch the 126th edition of the marathon and its 30,000 participants. A young band donning their finest Celtics gear, a crooner in the back of a truck in front of Dunkin’ Donuts, and a giant Will Smith head that runners were invited to, uh, tap on their way by were among the sideline sights seen as I trekked between Natick Center and Wellesley Square (we also heard about a good band at Forest and West Central that a reader was trying to identify). 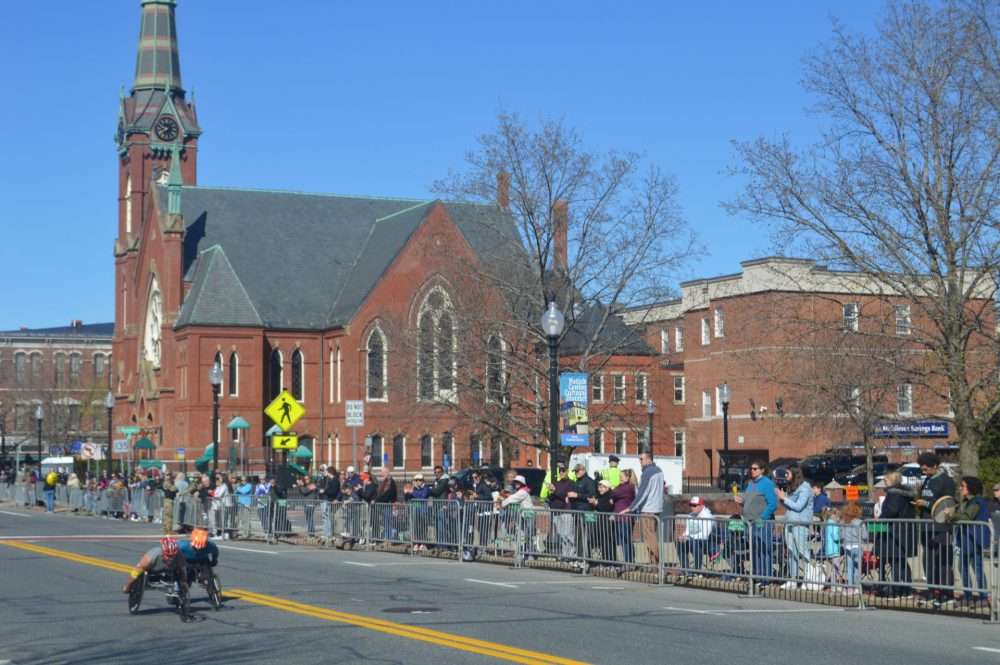 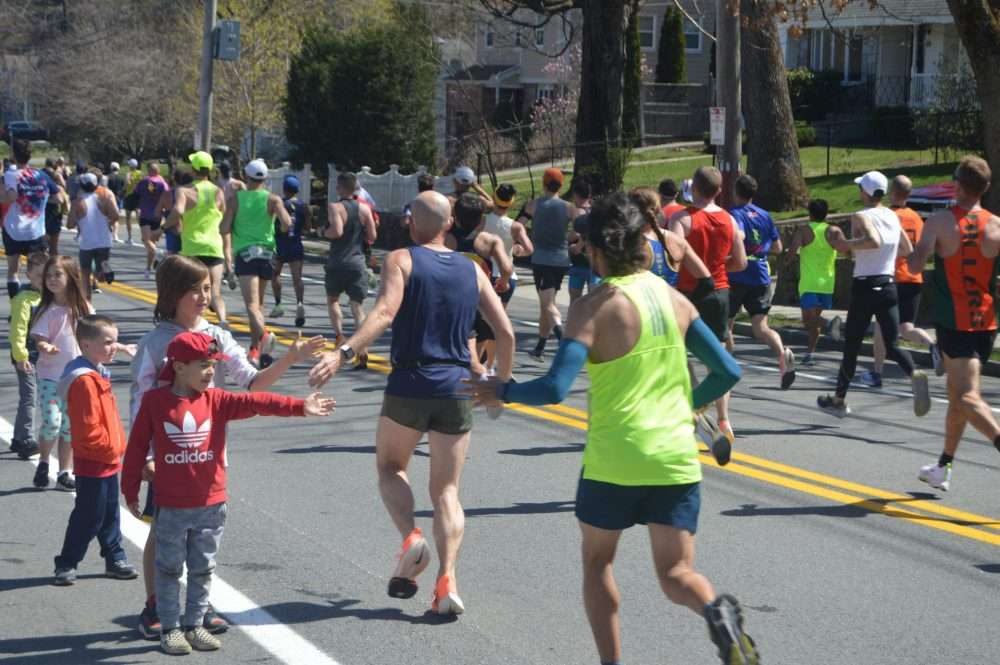 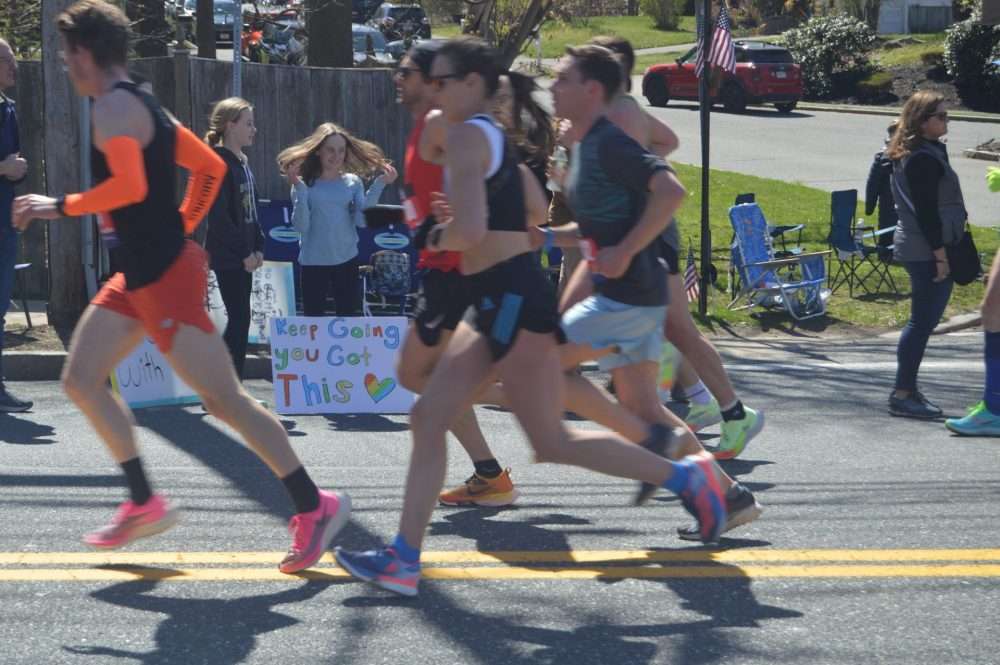 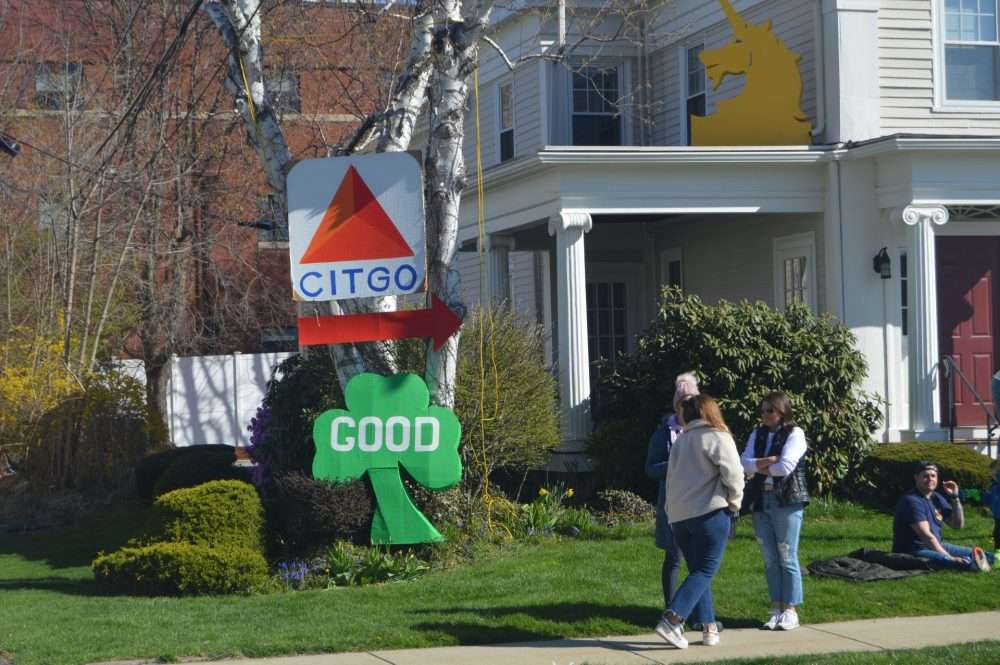 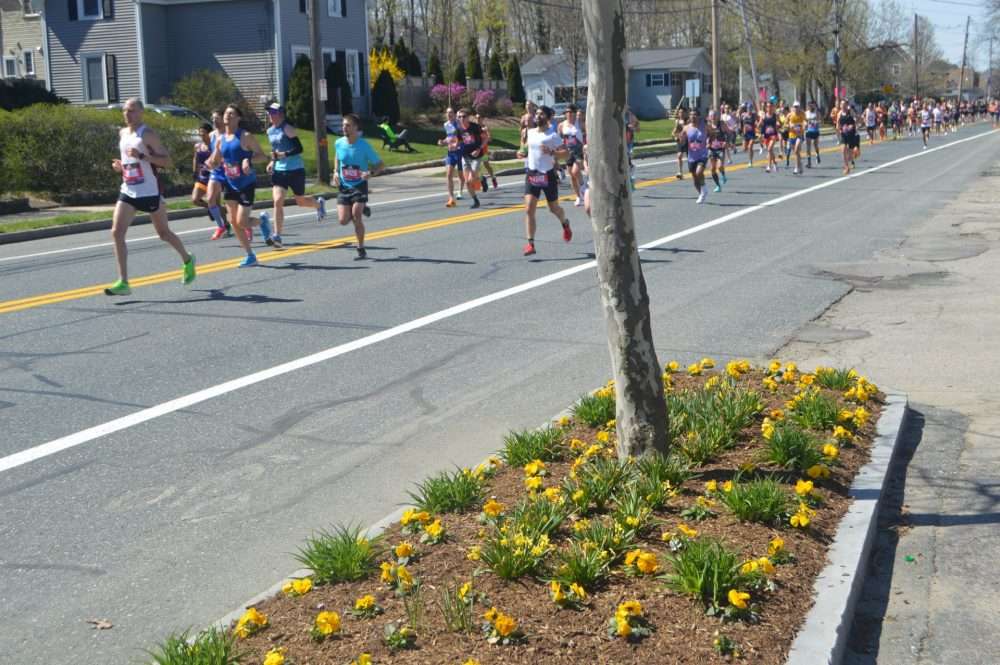 Congratulations to all participants in the 126th Boston Marathon.

Natick’s fastest finisher in the men’s division was Dylan Jones, with a dazzling 5:59-per mile pace good for an overall time of 2:36:45. That’s 32oth overall.

The fastest female finisher was Christine Mcgrory, with a time of 3:03:33, just over a 7-minute-per-mile pace. These two Natick residents also went 1-2 during the fall Boston Marathon.

Overall, Evans Chebet from Kenya took the men’s division of the Boston Marathon, with a time of 2:06:51.  Kenyans Lawrence Cherono and Benson Kipruto came in second and third, respectively.

In a race that went right down to the wire, Kenyan Peres Jepchirchir won the women’s race in 2:21:01, leaving Ethiopian Ababel Yeshaneh to take second place.

Alfredo De Los Santos, a U won the men’s handcycling division with a time of 1:08:40.

Chris Nasser in the duos division was first with a time of 2:52:43.