Marijuana courier Your Green Package to make its pitch

Your Green Package will make its pitch to the Natick Select Board on April 20 to secure a host community agreement that would enable the marijuana courier service to operate from 16 Tech Circle from 8am-9pm.

Since launching in the state in July, the company has increased its deliveries per month to more than 2,600. It says it is delivering cannabis products from partner companies like Garden Remedies and NETA in the areas of Greater Boston, Franklin, and Northampton. It’s not allowed to deliver in communities that have bans in place (so it could deliver in Natick, but not Wellesley, for example).

Recreational marijuana businesses ReLeaf Alternatives (Rte. 9 west) and Cypress Tree Management, aka, Redi, (Cloverleaf Mall) have been given the town’s blessing to open shops in Natick, but are still working toward that end.

A marijuana dispensary called Bountiful Farms is already up and running in Natick. A testing lab called Kaycha has also opened its doors at Tech Circle, the area where Your Green Package plans to operate from.

More on Your Green Package from MetroWest Daily News.

Worcester Business Journal reports that the Wellesley-Natick Veterinary Hospital’s property on Rte. 9 west has been sold for $2.44M. The 359 Worcester St. property was sold by the clinic’s founder, according to the report, but it’s unclear whether any changes will happen at the veterinary hospital itself. On its website, it continues to welcome new patients. 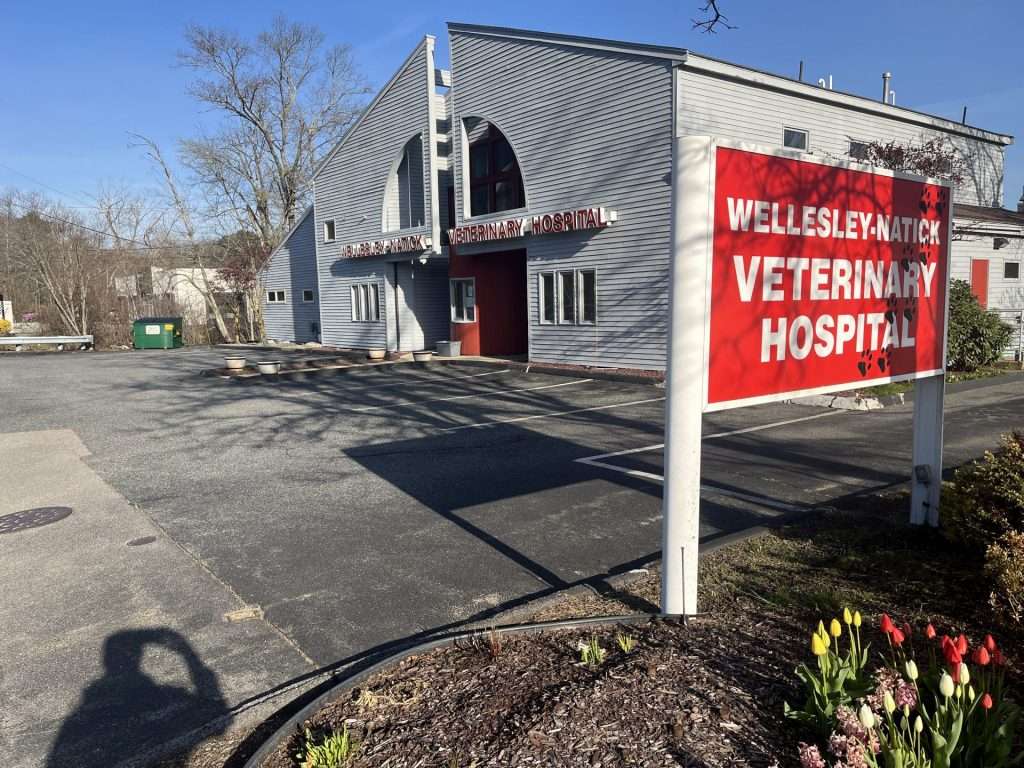 The IMAX Theaters at Jordan’s Furniture in Natick and Reading have been closed since March 2020 due to the COVID-19 pandemic, but there are signs the theaters will re-open ahead of the summer based on the fact that hiring fairs are scheduled (Patch reports the opening date will be May 27, in time for Top Gun: Maverick‘s release).

A Natick hiring fair for theater attendants and guest services reps will take place at Jordan’s off of Rte. 9 west on May 4 from 4:30-6:30pm.

Natick continues its effort to rethink and revamp the Golden Triangle, a 940-acre area in Natick and Framingham known for its shopping malls bordered by major highways and roadways. A 2018 study by the communities and consultants identified challenges such as traffic, and competing vs. online shopping, and now Natick is ready to start implementing changes, according to Director of Community & Economic Development Amanda Loomis, who is promising regular updates to the Select Board.

Areas of focus will include: Rezoning (possibly reduced parking requirements, allowing for expanded uses); addressing infrastructure issues, such as stormwater concerns; transportation issues and opportunities, including leveraging access to the rail trail; and