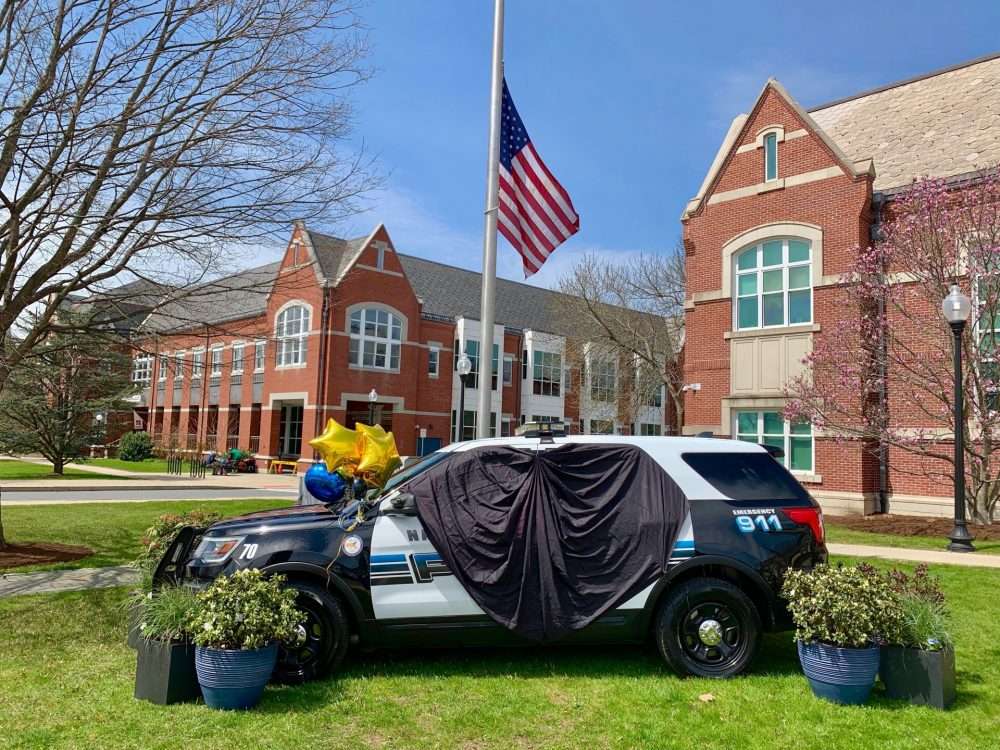 The Natick Police Department this week announced the sudden passing of active duty Natick Police Officer Michael Mabardy, an 11-year veteran of the department who previously worked for the Nantucket police force.

(Updated 4/23/22, with funeral and visiting hours information below)

“Mike will be greatly missed by his friends and colleagues here as we send our heartfelt condolences to his family and loved ones at this tremendously sad and difficult time. Please keep them in your thoughts,” the Natick Police Department wrote in a statement published on social media.

Natick Police Chief James Hicks spoke about Mabardy during this week’s Select Board meeting, calling him “committed and dedicated” to the town. A moment of silence at the meeting was done in honor of Mabardy and other public servants.

A fundraiser has been set up to support Mabardy’s family, including four young girls.

The Nantucket Police Department echoed sentiments from the Natick Police Department, and provided background on Mabardy’s early career in a social media post. “Mike began his policing career as a summer special in May of 2004. He went on to become a full-time police officer graduating from the police academy in June of 2007. While working for our department, he received several [commendations], including the Life Saving Award. Mike also served as a Field Training Officer as well as a member of the S.W.A.T team. He left our department to continue on his career in Natick in November 2011, a town in where he grew up. Mike made an impact while part of our Nantucket community by not only serving as a police officer but also as a hockey coach for the Nantucket High School. Mike was a great police officer and a great addition to the community, he was also a loving father and amazing friend. Mike will be truly missed.”

Mabardy, 39, collapsed while playing hockey in Marlborough on Tuesday, April 19, and could not be revived. The tragic situation generated an outpouring of condolences and tributes by those who were there or knew Mabardy as part of the hockey community.

Mabardy, known as “Mikey Mabs” online, was an active participant in online discussions locally, and known for offering help when needed.

A funeral Mass will be held at St. Patrick Church, 44 East Central Street (Rt. 135), Natick on Monday, April 25 at 10am.  Relatives and friends are invited to attend. Interment Private.  Visiting hours on Sunday, April 24 from 3-7pm in the John Everett and Sons Funeral Home, 4 Park St., Natick Common.   In lieu of flowers, donations may be made to the Children’s Education Fund, C/O Michael G. Mabardy, PO Box 6254 Natick, MA 01760.

We share our condolences with friends, family, and coworkers of Officer Mabardy.