Among the local landmarks on the Boston Marathon course is the brightly painted electrical box at the intersection of Rte. 135 and Marion St., letting runners know they’ve “only” got about 16 miles to go until the finish line. 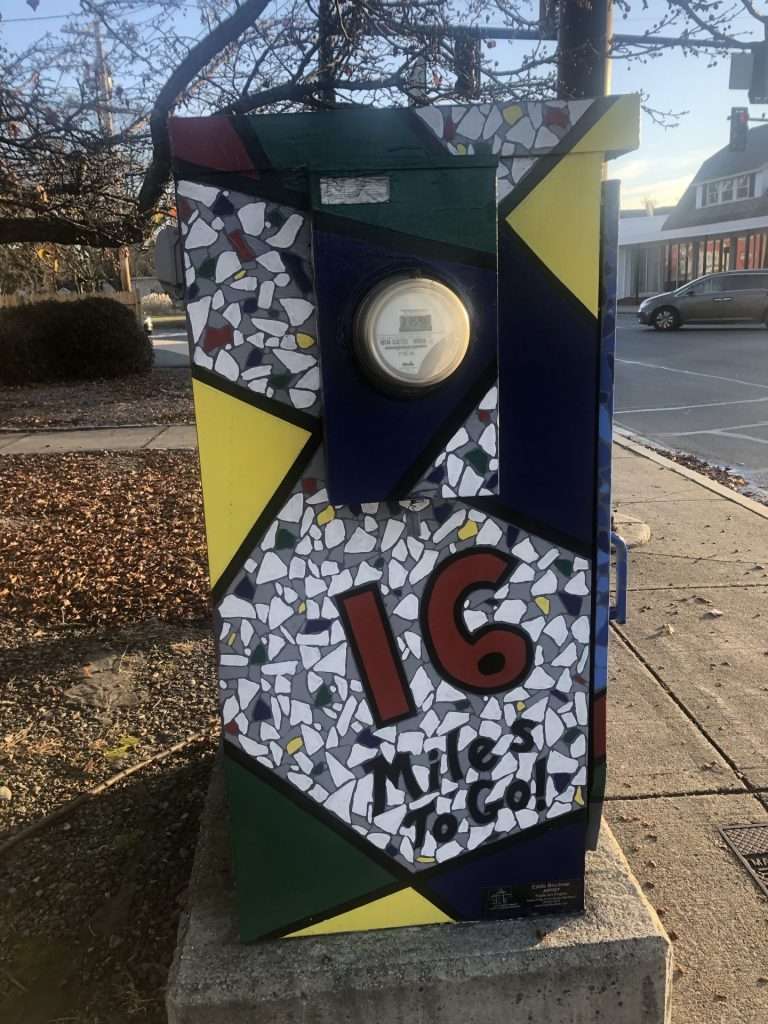 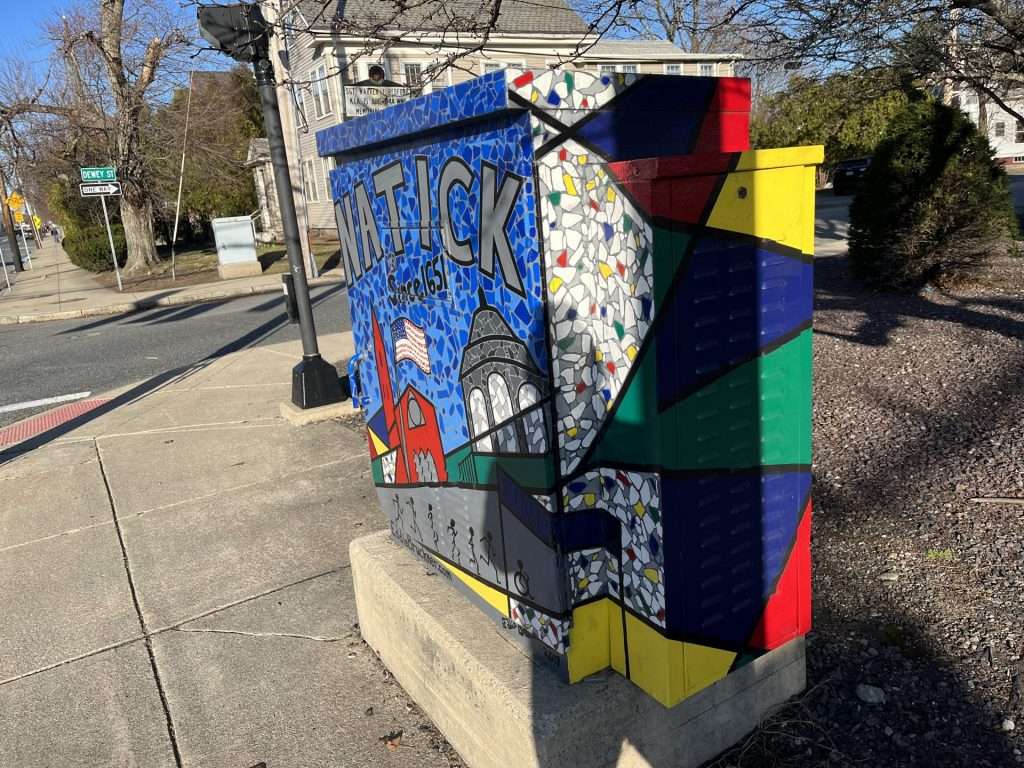 The box was painted in 2017 by Needham artist Eddie Bruckner and titled “Natick Pride & The Boston Marathon.” The art was commissioned by the Natick Center Cultural District and the Public Art Committee and supported by the Massachusetts Cultural Council.

“I’ve had people email or message me on instagram that seeing it helped motivate them and was a great place to start practicing/training for the second half of their run,” says Bruckner, who lives not far away in Needham. Natick held a ribbon-cutting for the artwork in the fall of 2017.

The artist blogged in 2018 that the box also had become a Pokemon Go gym in that virtual game.

Bruckner, who has other public art projects in Boston along the greenway and near Fenway Park-Boylston/Jersey Street, has a solo acrylic painting exhibit called “Pop Art”  in April at the Attleboro Arts Museum.

The Natick Center Cultural District began the Electrical Paint Box Program in 2015 through its Public Art Committee. The first boxes were painted in 2016 on the common, two by Jeanne Williams Ostroff and one by Jason Cheesman-Meyer. There were five more in 2017 (including Bruckner’s) and two in 2018.

So there are nine in all, and no plans to do any more. The paintings have held up well, with just a bit of touching up needed here and there, such as due to fading from the sun.

Other communities, including Wellesley, Weston, and Wayland, have reached out to Natick for advice in doing their own electrical box programs.