These are the artists I chatted up during the opening of Natick Mall’s new Zero Empty Spaces. As we wrote earlier this year, the outfit launched in Florida in 2019 to give artists access to high profile but inexpensive studio space.

The welcoming of Zero Empty Spaces to the Mall continues to morph from a collection of retailers and restaurants into a mix of that, plus more destinations, like Level 99 real life gaming venue. “We’re really happy to be here,” said Zero Empty Spaces co-founder Evan Snow, who along with his partners has focused previous operations in Florida.

Impeccable Scoop told me he was excited to get a window spot, one of about a dozen within the Zero Empty Spaces location, adjacent to a Louis Vuitton (among Scoop’s art, a portrait of Virgil Abloh, an artistic director for the fashion firm who recently passed away). Scoop, who works days in customer service and engagement for a well-known life sciences firm, previously had another shop in Boston’s Seaport section.

He travels from Lynn to his new mall space, hoping to capture the attention of shoppers. “I’m no salesman…if people like it, they like it,” he said. He notes there are many older folks who live at the condos attached to the Mall, and while his art might not appeal to them, “they’re grandkids like it.”

Natick resident Kevin Baldwin is a man of many talents, providing private music instruction while also crafting his visual art. He told me about how he makes a limited number of prints of his originals, wanting to make his art accessible to those who can’t afford an original, while at the same time not overexposing his work.

You might be familiar with his other work in town, including traffic calming painting in Natick Center. I spoke with Baldwin shortly before he was giving a talk (“eyeMusic: At the Intersection of Visual Art and Sound”) in a nearby Mall section dubbed “The Vibe.” Armed with one of his works, and his saxophone, Baldwin was ready for his Mall moment.

Doug Monteiro studied graphic design in college, and his latest art focus is on pointillism, as seen in many of his works at Zero Empty Spaces. Some are political, some focus on other current events or celebrities (Betty White as Marilyn Monroe), all of which can make for some interesting interactions among his social media followers. “I like talking about my art in person better,” he says, and indeed, he had a steady stream of visitors while I roamed through the studios.

Zero Empty Spaces at the Mall still does have some empty spaces, but they should fill up given the price to occupy them. The working artist studio had 7 spaces available at the start of the month.  The rent is $4.50 per sq. ft. inclusive of utilities on a month-to-month basis (spaces range from 104-238 sq. ft.) 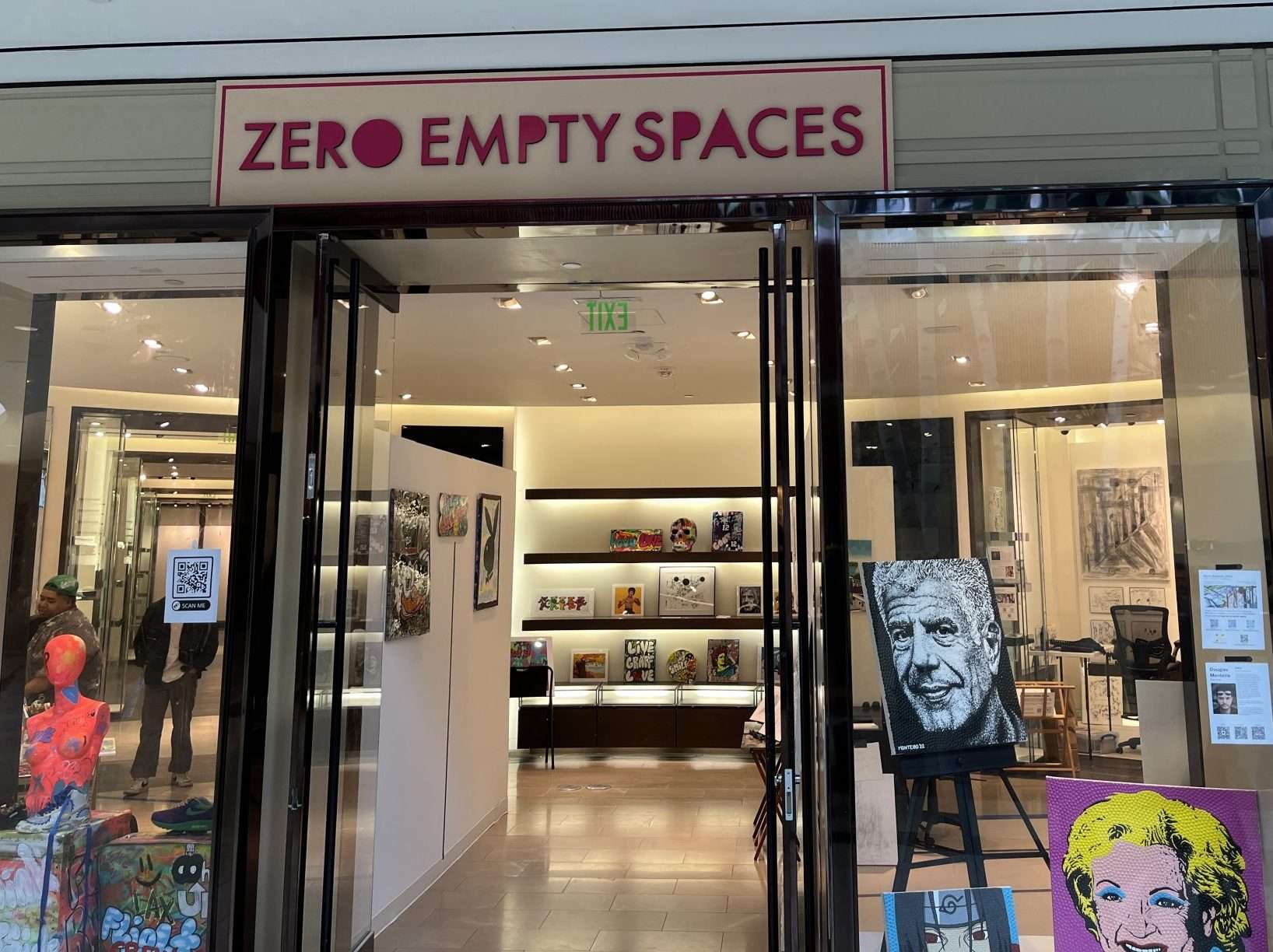 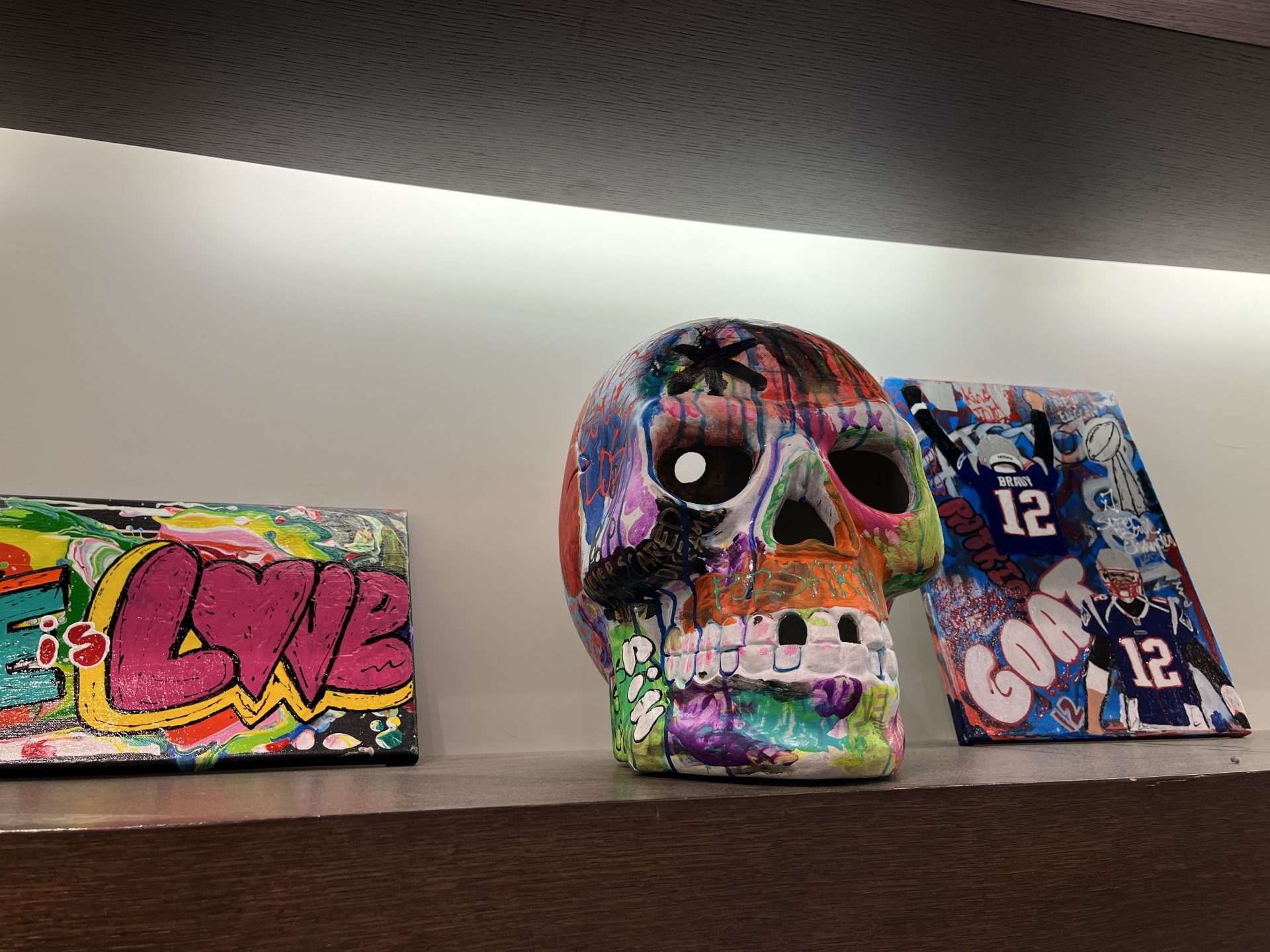