I’m not sure whether I caught the tree’s eye or if it caught my eye first, but either way, I pulled into Coolidge Gardens at the corner of Rte. 27 and Cottage Street to see what this was all about.

Not since finding a rentable Lime bike propped on a fence in Wellesley along Rte. 135 have I seen such an eye-catching bike-oriented work of art. Though this Natick piece was clearly real art, and I learned later it was the work of resident Jeff Olsen. 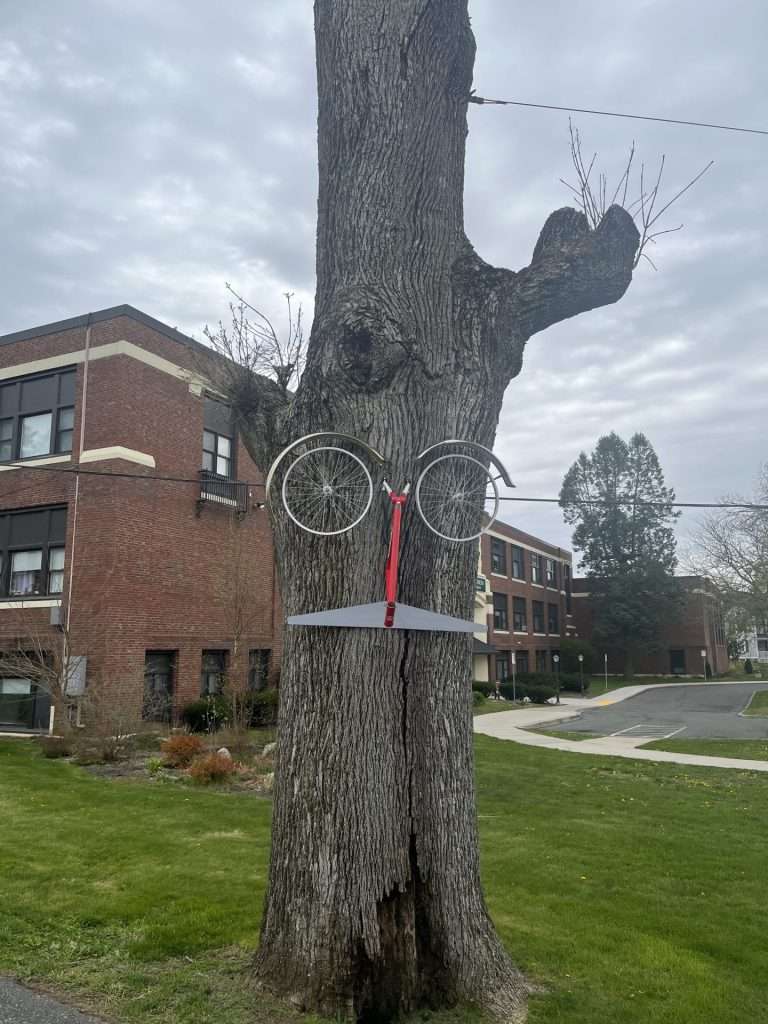 “Jay Ball asked me to do something fun with that dead tree, and since it’s rotten enough that it can’t really be carved, we decided to decorate it,” Olsen says. “It’s been a work in progress for a couple of months, but it’s done now… It’s a bike frame, wheels, fenders and a couple of handsaw blades.”
One finishing touch could be for Olsen to add something to the spokes to catch the wind and make the wheels spin.
Olsen has made his mark with bicycle art on the Cochituate Rail Trail as well, with a piece at the Wonderbread spur off of Speen Street that honors Josh Ostroff for his work on the trail. 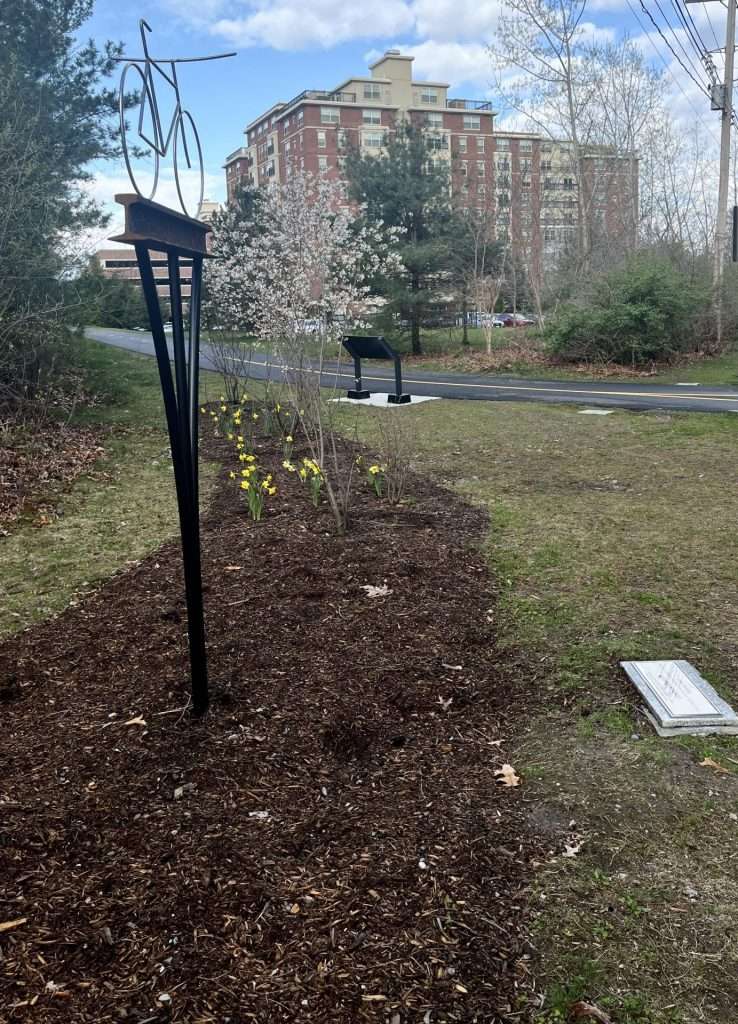 Olsen is part of a vibrant arts community in town, and has been involved in other public art initiatives, including the Tunnel of Love from 2019.