Our roundup of the latest Natick Public School news:

FBI veteran on the case 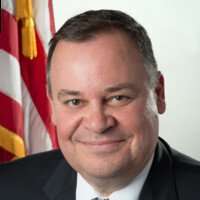 Caimano has been a special agent in the FBI’s Boston office since 2018 and has been responsible for conducting criminal investigations.

Following the early February announcement that Natick High School Principal Brian Harrigan would be leaving for a new job at a charter school, the Natick Public School (NPS) system posted the job opening and began looking for a replacement who would ideally be named last month. But in mid-March, Supt. Dr. Anna Nolin told School Committee that NPS had suspended its search given the available candidate pool.

That left NPS going the route of naming an interim principal, and Natick High Dean of Students Jason Hoye has been tapped for the job for the 2022-2023 school year.

As Dean of Students, Hoye is responsible for “grade-level discipline and implementing response-to-intervention supports for struggling learners.” He also spearheaded remote learning programming during the pandemic, and has played a key role in diversity, equity, and inclusion efforts.

School choice hearing on May 2

Among the items on the Monday, May 2 Natick School Committee meeting agenda: A public hearing on school choice. The hearing, at 6:30pm, will be held in person and online.

Also on the agenda: Director of Teaching, Learning & Innovation Susan Balboni will release findings from the 2022 Entry Plan.