The IMAX theater in Jordan’s Furniture reopened on May 27, and so Natick Report took it upon itself to check out the larger-than-life screen (76×55 -foot, to be precise). 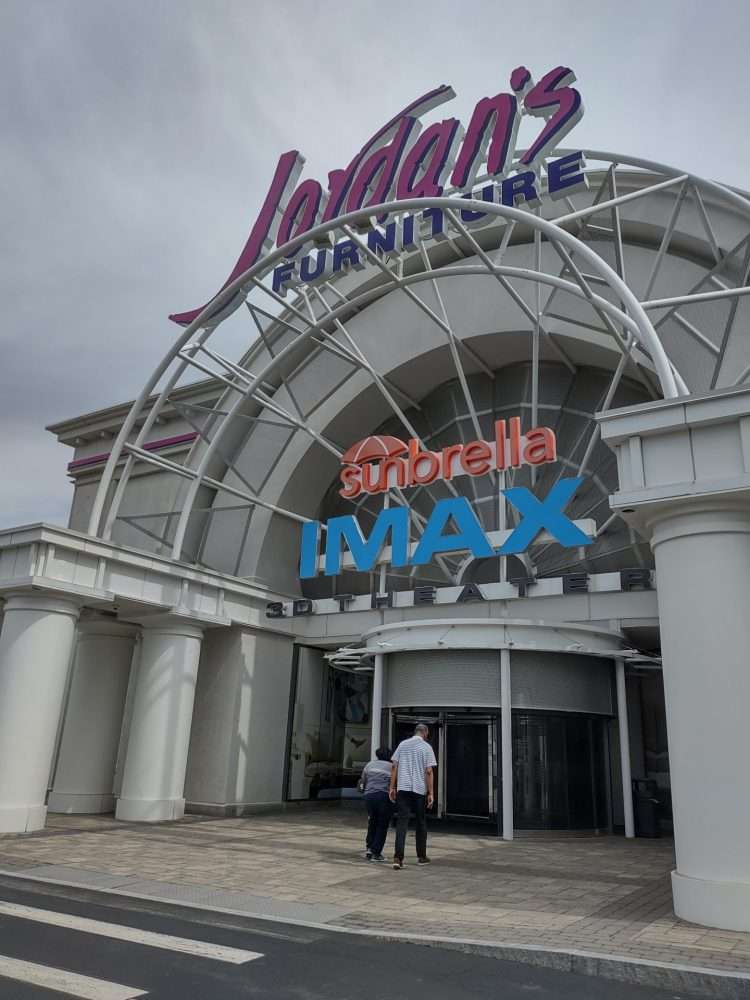 When buying tickets I was a bit disappointed to see that the only available movie for the weekend was Jurassic World Dominion, the third entry in the popular dinosaur series. I’d seen the first movie years ago, but I had skipped the second one. On top of that, I hadn’t heard very good things about this one, and the sci-fi/adventure flick clocked in at 2h 26min. Hmmm—well, no one said that reporting Natick news would be cushy.

I bought two tickets ($18.50 each), and prepared to go to the theater. Driving to Jordan’s is dramatic in its own right, as it is perched on top of a hill overlooking route 9. After summiting the hill, parking was an easy affair. The entrance to Jordan’s promotes IMAX theater prominently, but once inside I was a bit lost as to where to go. If you were wondering, Jordan’s no longer hands out bead necklaces when you walk in; the Mardi Gras theme has been thoroughly exterminated. 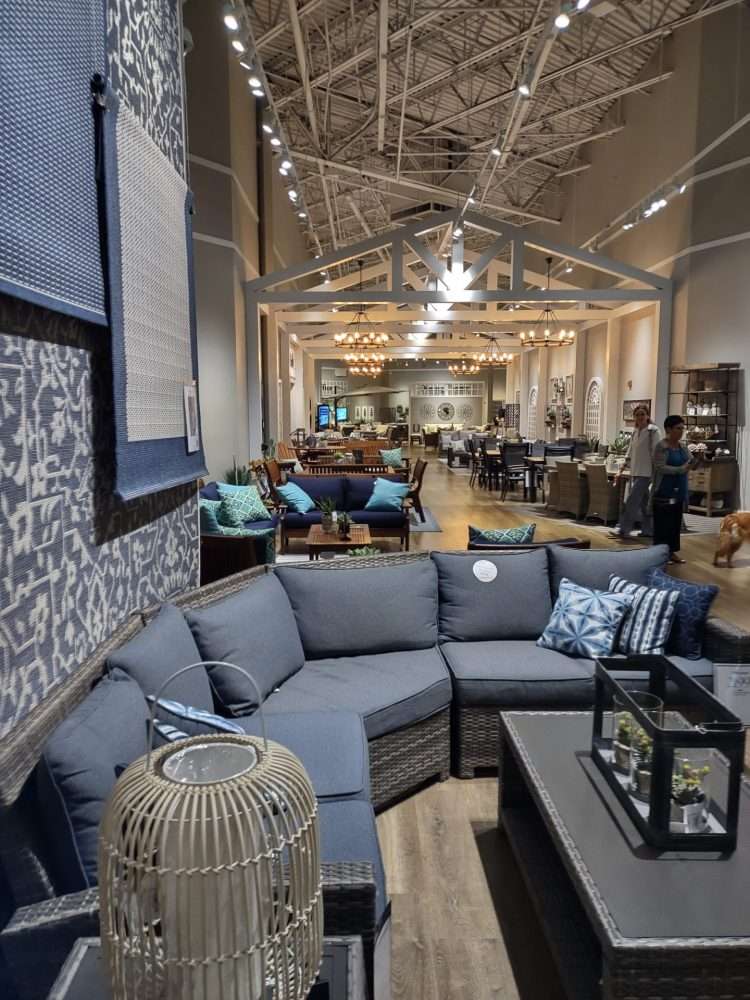 In all likelihood I missed a sign, but I decided to guess which way to go, which resulted in some wandering until I found a helpful employee who pointed me in the right direction. When you first enter the store what you should do is walk straight to the back and then turn right into the leather section. From there, follow signs until you see an escalator.

The escalator gives the proper red-carpet treatment to IMAX movie-goers. The paparazzi mural, famous in its own right, is on both sides as you ascend, cameras flashing, making the entrance feel extra-special. 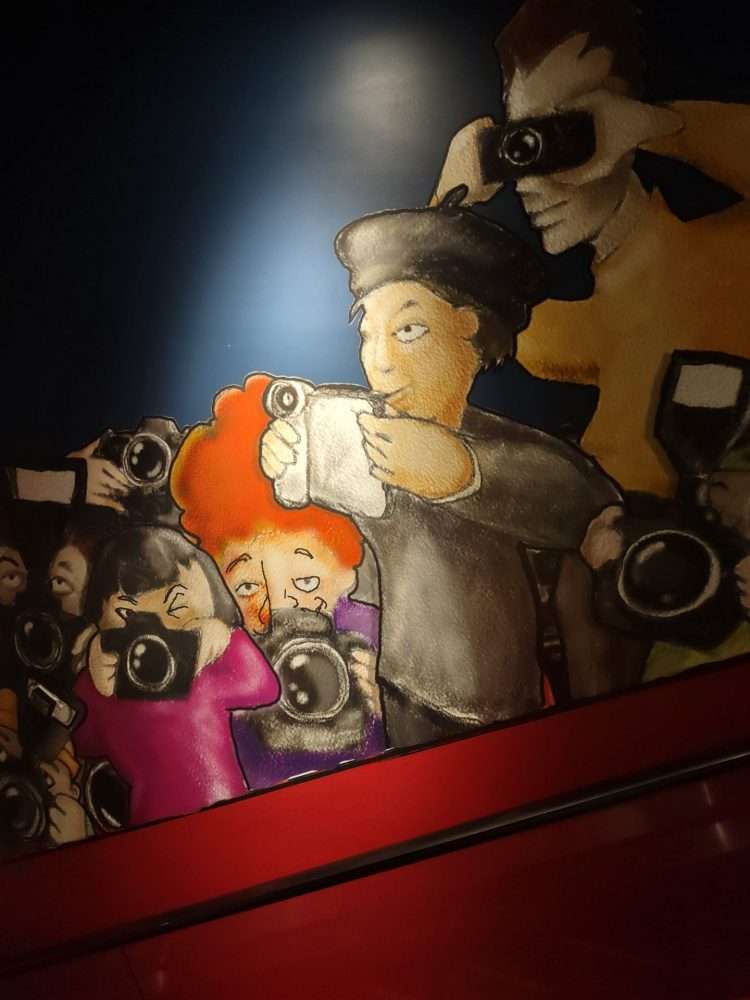 After the excitement of the escalator, the theater entrance is pretty basic: black walls, movie posters, and a snack bar with expensive popcorn. You come in at the back of the theater, with it sloping down from the entrance. The screen is truly big, and the seats are fairly comfortable, but they’re not miniature beds like in the nearby AMC theater.

Immersed in the experience

The movie itself was not very good, but if there was anywhere I would have wanted to see it, it would be in an IMAX theater. It was slightly too loud at some points, but the surround sound and giant screen made the dinosaurs and the action feel immersive.

The audience was a challenge at times. A gaggle of middle schoolers began a full volume conversation about halfway through the movie, and needed shushing from the rest of the crowd before they quieted down.

After the movie ended several audience member attempted to leave the way we had come in, before being herded to a second door on the opposite side of the theater. From there it was a quick exit through some more furniture galleries before heading home.