Nearly 20 people shared the public reading in Natick of Frederick Douglass’s 1852 speech, “What to a Slave is the Fourth of July?”  midway between the Juneteenth and July 4 holidays.

The speech includes one powerful passage after another, such as: “What, to the American slave, is your 4th of July? I answer; a day that reveals to him, more than all other days in the year, the gross injustice and cruelty to which he is the constant victim.”

See a Natick Pegasus recording of the event, which took place on the steps of the Morse Institute Library in Natick, at the bottom of this post.

Wellesley College Associate Professor of History Brenna Greer made opening remarks and read the first part of the speech, before handing over the mic to other readers, all of whom did a great job before an audience sitting and standing under the shade trees on the library lawn. 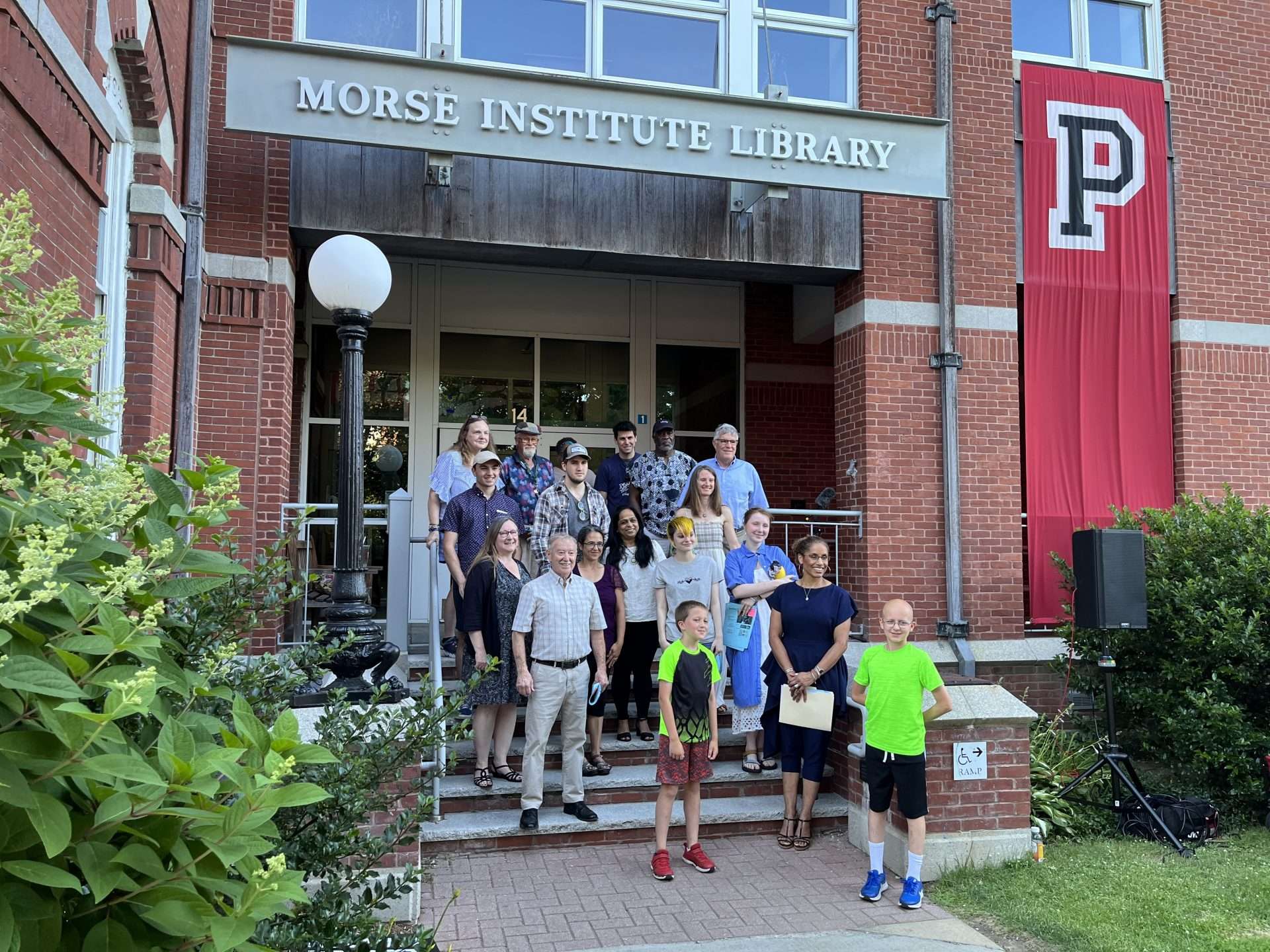 The event was co-hosted by the Natick Historical Society and Natick for Black Lives Matter, and inspired by the Mass Humanities Reading Frederick Douglass program.