Natick’s Charles River Dam Advisory Committee has been quiet of late, but is picking up the pace for its meeting schedule in anticipation of giving the Select Board a recommendation for the South Natick Dam’s fate by August. The group, which first met in spring of 2021, next convenes this Monday, June 27 at 4pm. 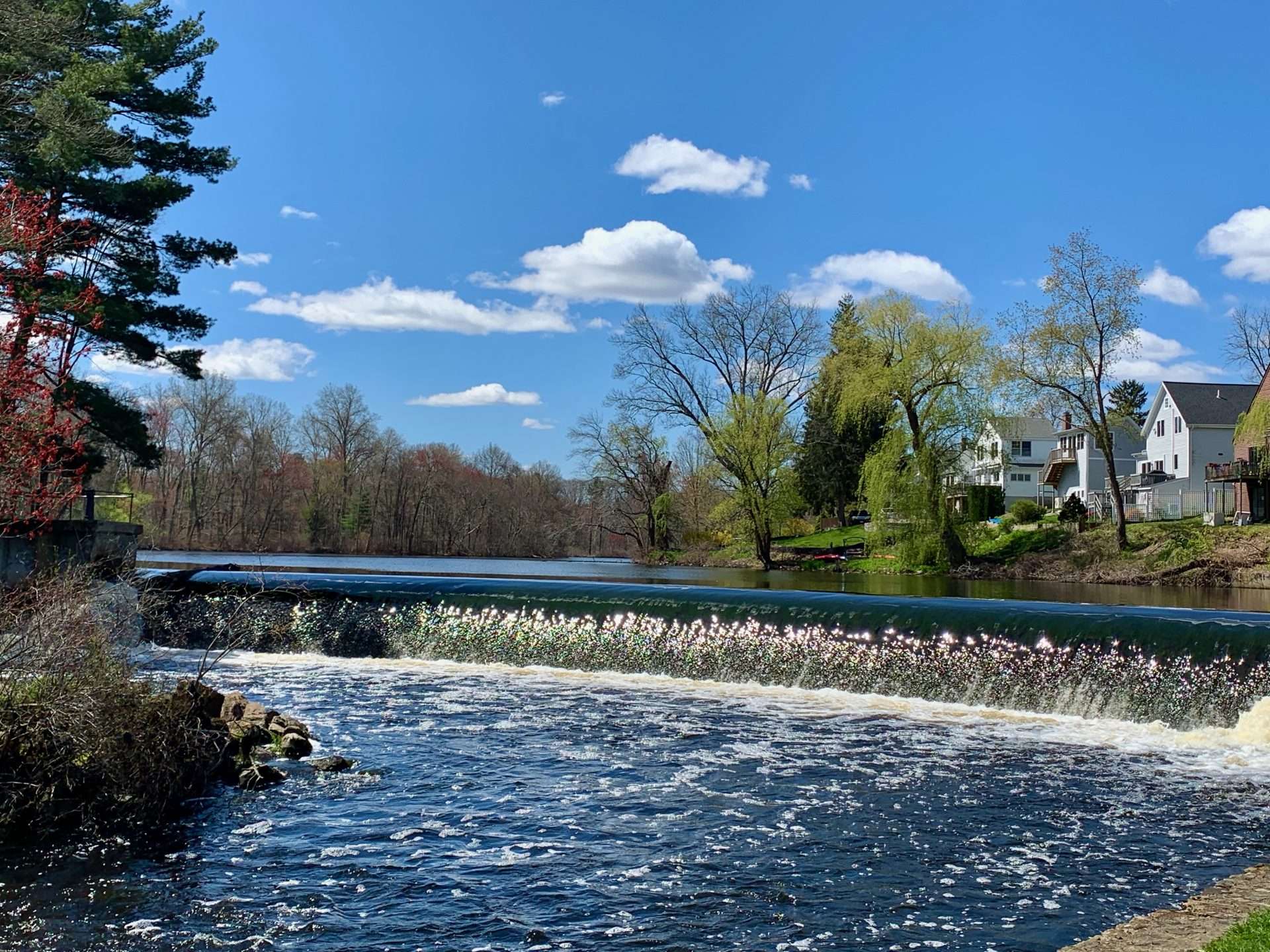 Natick is deciding between repairing the 87-year-old earthen dam or intentionally breaching it and getting rid of the spillway/waterfall (a viable way to keep the trees atop the dam and the dam itself hasn’t been found). Arguments for ditching the dam include environmental ones and cultural ones related to native American history, as well as financial ones for the town, which has a history of deferring dam maintenance and would like to avoid the big new expense of fixing the dam. Those in favor of keeping the dam and spillway don’t want to lose the picturesque park or are abutters who fear the change could worsen flooding or raise a literal stink. The town’s plan is for a decision to be made by August, followed by Select Board deliberations, and possible Town Meeting approval for funds.

During a June 14 meeting of the 19-member committee consisting of residents and town officials, Natick Town Engineer Bill McDowell shared an update that included a downgrading of the dam’s condition from “Fair” to “Poor.”

Geotechnical consultant GZA conducted a Phase 1 inspection of the dam in December. Such a report is required every other year for owners of high hazard dams, but the downgraded rating now requires the town to have inspections done twice a year, which doubles inspection costs overall.

While GZA rated the dam’s condition as “Poor” this time around, McDowell said there was not a physical difference detected.

“GZA was in deliberations with [the state’s Office of Dam Safety] prior to this when we were talking about the possible alternative of putting fill or earth material in front of the dam, and at that time ODS had mentioned to GZA they did not anticipate they would be receiving another fair rating from GZA regarding the dam based on the number of mature trees we had on top of the earthen structure of the dam,” said McDowell.

McDowell also said the town has received a dam breach analysis report from engineering partner Stantec, which shared results with the state’s Department of  Energy Resources. The town will go over that report with the advisory committee and Stantec at the June 27 meeting.

The town engineer also gave a briefing on the town’s dam emergency action plan, which it is required to update annually for the Office of Dam Safety. The plan identifies the people, equipment, and materials available to address a failure or near failure. The plan makes a distinction between natural flooding and that caused by inundation of the dam due to a catastrophic failure. That updated plan is being worked on.

The June 14 meeting also included landscape architect renderings of what the park at the site of the current dam could look like with or without the dam and spillway. Having these concepts in mind could help advisory committee members make their decision on the dam’s fate, even though funding for the park’s revamp would be a whole separate issue, with no promise of funds being available near term. One idea floated by the public would be a glass-bottom footbridge connecting the two sides of the river.