We’re always good for an adventure at a sculpture park, and that’s what Revere Beach becomes for a weekend each summer for the International Sand Sculpting Festival.

With temperatures soaring into the 90s, we weren’t sure we wanted to bake on a beach, but this fun event offers a good mix of impressive art, street food, people watching, and shady pavilions. There were even lots of freebees, from frozen yogurt to cheese and kiwi fruits.

Fearing the worst for parking and traffic around Revere Beach, we left about 8am and drove roughly 35 minutes in to Suffolk Downs in East Boston. We  parked on the street, and took the blue line two stops to Revere Beach.

The crowds at the event were still small at that time and the beach was uncrowded (organizers were touting that 1 million people would attend over the weekend). We almost immediately came upon the first of 15 sculptures in the competition, which awards $15,000 in total prizes to its international participants. The sand sculptors hail from as nearby as Saugus and New Hampshire and as far away as Japan and the Netherlands.

This year’s theme was Wonders of the World,” a broad enough focus that artists were able to take plenty of liberties. There were obligatory mermaid and dinosaur sculptures, a joker offing a king on a playing card, a cat-and-news-themed scene, and others that I’m hard pressed to describe. Among my favorites was Bruce Peck’s “Anxiety’s Stranglehold” consisting of a giant head with a terrified face and prison bars for eyes.

For us, the art, a short & slightly chilly dip in the water, a food truck stop, and listening to a bit of music on the stage were plenty of entertainment for a few hours on the scene. For those making a full day or long weekend of the event, there were also Saturday night fireworks, a couple of carnival rides, and a reception on the beach. 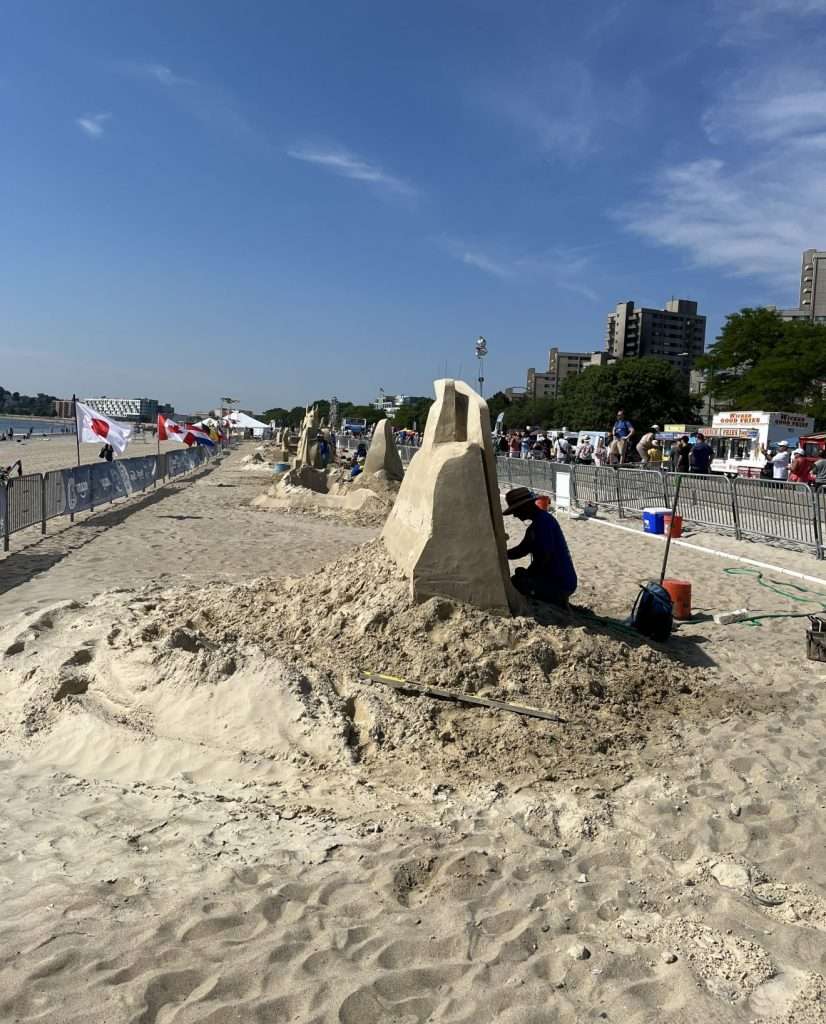 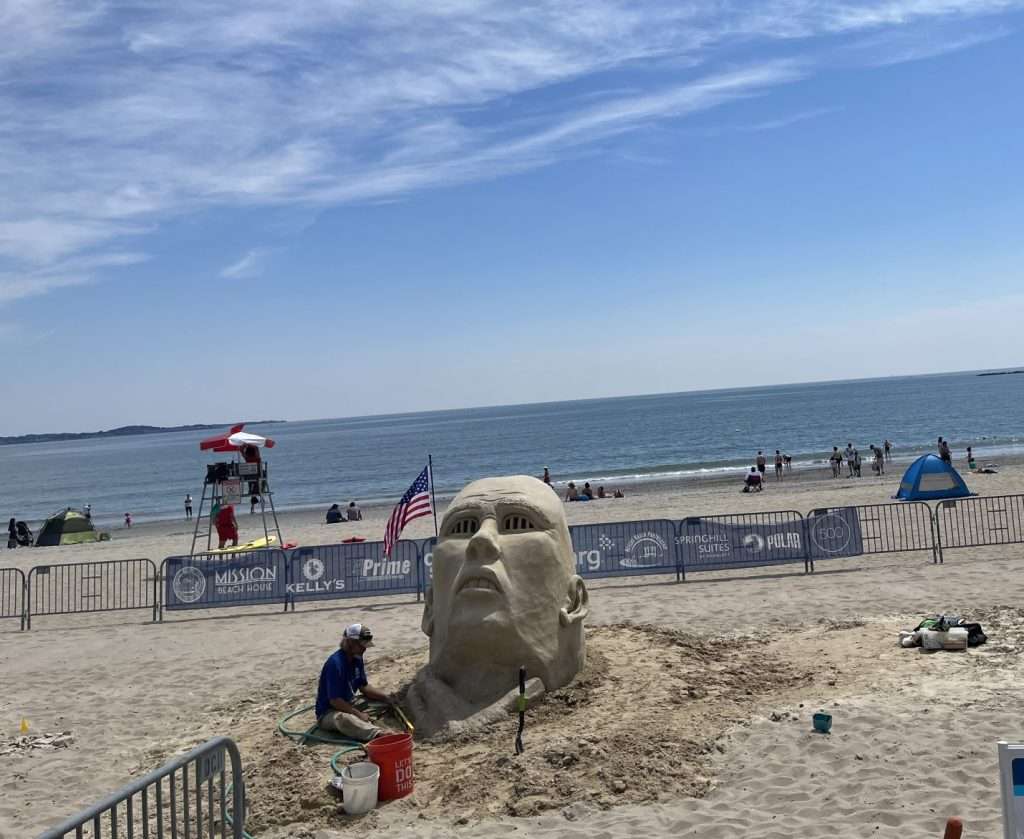 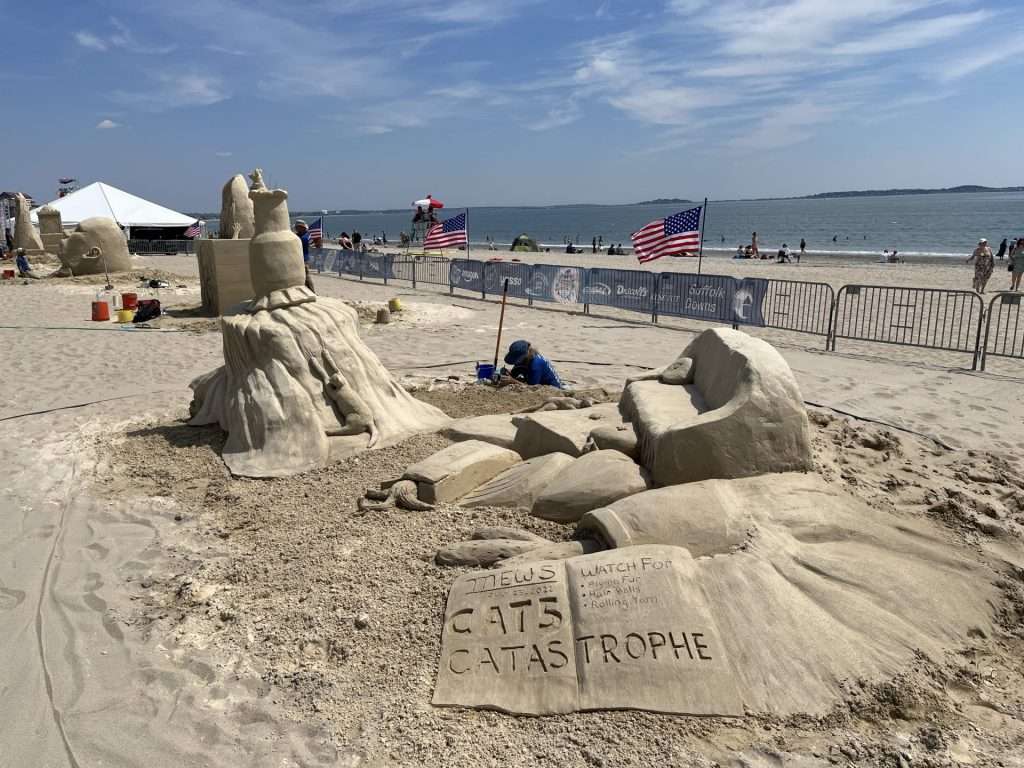 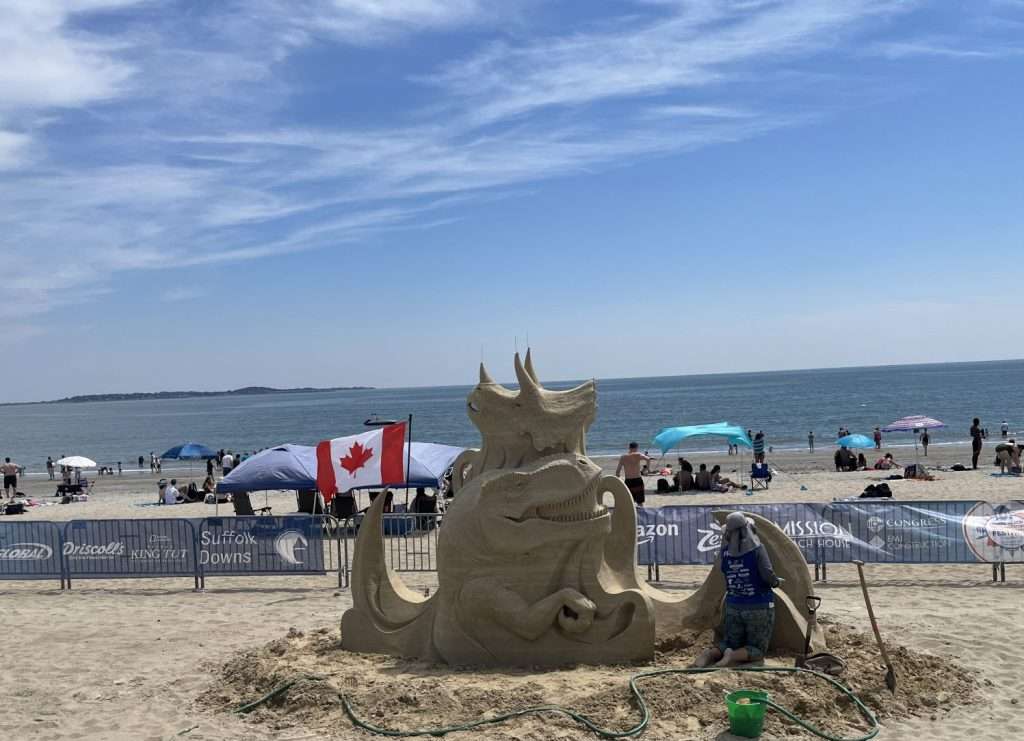 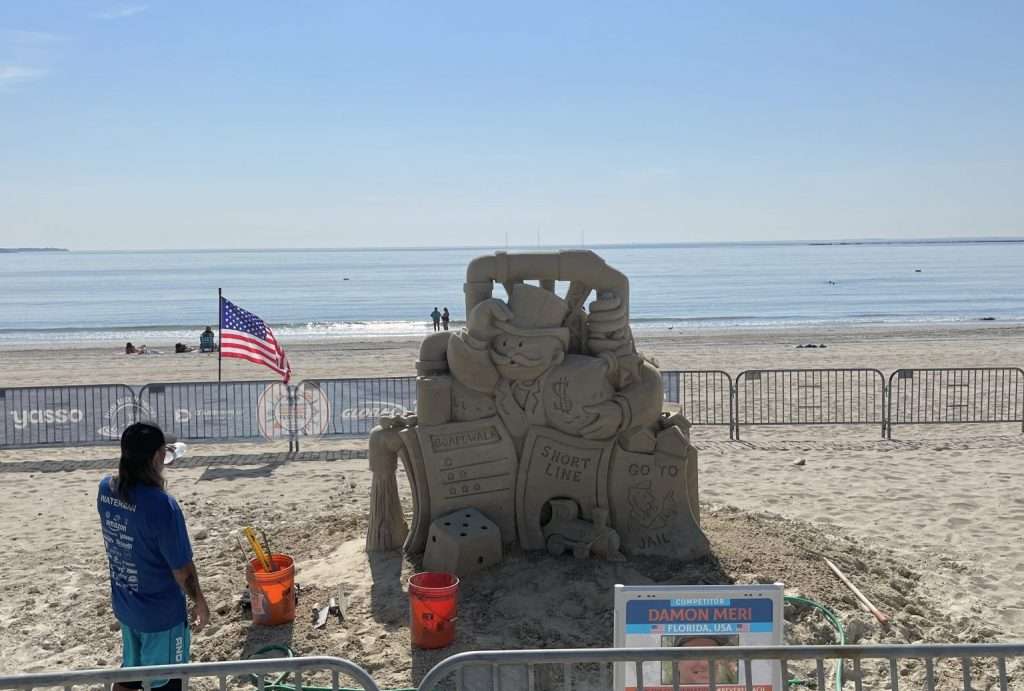