The MassBio trade group rates Natick as a “bronze” community in terms of its readiness to support life sciences firms, though it sounds as if the town could be on its way to moving up the ranks based on local efforts to better regulate and accommodate such businesses.

While ABI-LAB has operated its biotech incubator at Sherwood Plaza off Rte. 9 since 2016, and expanded in the meantime to support dozens of labs, it’s the plans at Natick Mall to convert the Neiman Marcus retail space into a life sciences facility adjacent to condos that has raised the profile of this issue among the public and town officials. Not only are there plans to convert the Neiman Marcus space into labs, but possibly also the former Lord & Taylor space at the mall. 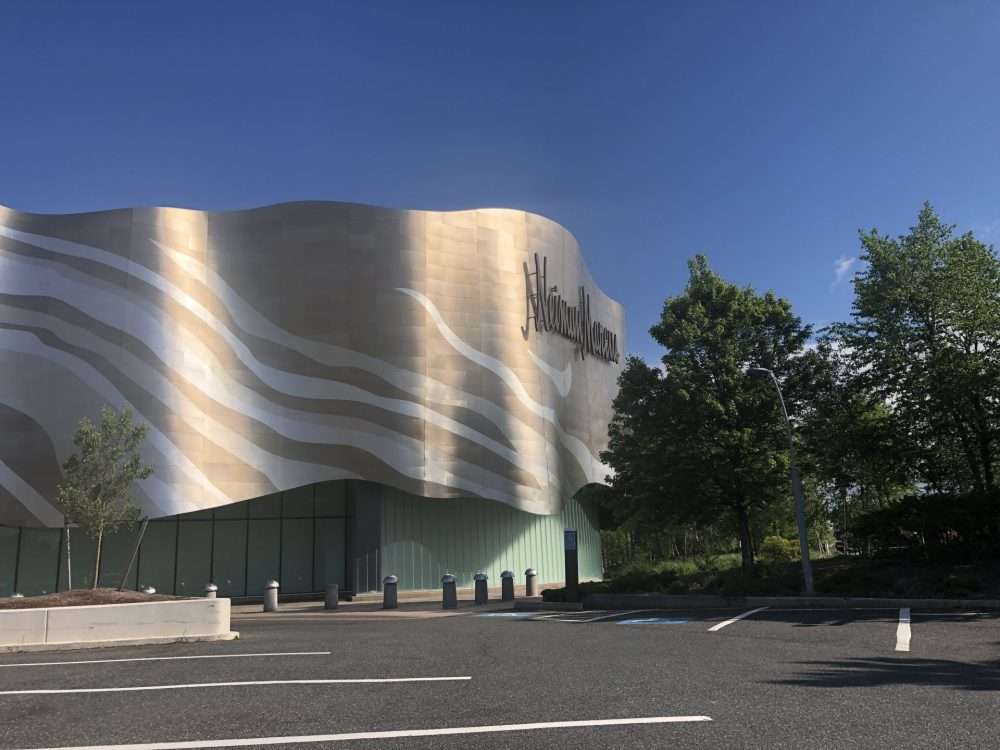 The Natick Planning Board meeting on July 20 included an agenda item regarding the Site Review Plan and Special Permit process with the team redeveloping the Neiman Marcus space (starting about 45 minutes into the Natick Pegasus recording). The public got a chance to hear insights from both the town’s new fire chief, Jason Ferschke, and Public Health Director Michael Boudreau, on the subject of biotech labs in town (the Board of Health also took up the issue in mid-June during its meeting and heard from many members of the public, including those living next door to the Neiman Marcus space that the property owner seeks to convert to lab space).

One caveat from the town officials is that it’s tough to get into real specifics on plans to safeguard research & development facilities until tenants are signed and it’s clearer what sort of work they’ll be doing.

From the fire chief

“The vanilla box component…. makes it very difficult to determine what’s going on in the inside just yet,” Ferschke said.

Planning Board Chair Andy Meyer also addressed this: “That’s our challenge because we’re going to have to craft a decision not knowing who the tenants are…so we’re going to have to, within the realm of reason, predict to a certain extent might be coming our way or put the conditions in such a way that it will cover future contingencies.” He acknowledged the board’s general inexperience in dealing with biotech projects, but expressed an appetite to learn.

What we do know is that the developer is not looking to host labs higher than biosafety level 2 (BSL-2), which according to the Centers for Disease Control involves “microbes [that] pose moderate hazards to laboratorians and the environment.”

Chief Ferschke, it should be noted, comes from the Westborough Fire Department based in a community rated at the highest bio-ready level (“platinum”) by the MassBio council. He’s still coming up to speed on the Neiman Marcus redevelopment after joining the department this summer, but is used to working across departments on public safety issues. In Natick, this will mean coordinating with other groups including the Health Department and Building Department. “It’s kind of a layered approach. We have a bunch of codes that overlap each other…” he said, noting that chemical quantities are typically minimal in the types of labs he understands would be operating here.

One assurance for the public would be that with the overhaul of the building, the latest and greatest sprinkler and fire alarm systems would be installed.

Training and education based on the nature of the labs coming to the space will be key, Ferschke said. This could involve knowing protocols for entering and exiting clean rooms, for example. Ferschke also pointed out that the Natick Fire Department is part of the Massachusetts Hazardous Materials Emergency Response team, an important part of the town’s ability to respond to biological incidents.

Dozens of other communities across the state have biosafety regulations. The Natick Health Department is in the process of joining those ranks by developing rules for biosafety, according to Public Health Director Boudreau. “We are being very deliberate and working with town counsel on how they will transpire. The intent of those regulations is to restrict bio research to BSL-1 and BSL-2.” With BSL-2, sometimes employees will be working with pathogenic bacteria and viruses, but they tend to be endemic to the region and not spread as respiratory diseases, he said. We’re not talking active COVID-19 or anthrax or the like, he added. 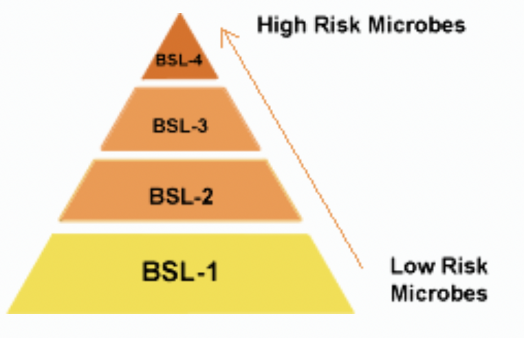 While labs need to adhere to federal regulations such as those from the Occupational Safety and Health Administration, the town also wants to have oversight at the local level, and hopes to have its rules in place within a few months, Boudreau said. The rules will require labs to have safety committees in place that can serve as a point of contact for town departments. The town will look to issue permits for labs on an annual basis and do regular check-ups, Boudreau said.

The rules will apply to existing labs as well, Boudreau said, and they’ll be given leeway to comply within a reasonable amount of time. He doesn’t expect that compliance will cost these firms very much.

Boudreau said he reached out to the state’s Department of Environmental Protection to get a better handle on the exhaust systems used by bio labs. The air conditioning systems are equipped with filters and regularly maintained, and from what Boudreau has learned, the exhaust doesn’t tend to contain much in the way of volatile organic compounds. The health director said he would like to get more information on this topic from developers.

Planning Board member Doug Landry said that developing regulations, “from an economic development perspective, I think it’s a great signal that we’re going to send out to the market.” Life sciences companies want predictability and oversight, said Landry, and having such rules could increase the town’s chances of attracting businesses, jobs, and new residents.

But despite the economic opportunities and safety assurances, does anyone really want to live right next to a lab?

Barry Fogel, an attorney representing some neighbors at the Nouvelle condos next to Neiman Marcus, asked several questions and shared comments during a segment of the Planning Board meeting when the public was invited to weigh in. Among his concerns was whether minimum setbacks between bio lab exhaust systems and neighbors might be included in town rules.

Boudreau said he hasn’t seen mentions of setbacks from residential buildings in the regulations from other communities that he’s been researching, though noted there are facilities that combine labs and residential units. A lab space developer speaking at a recent Wellesley Planning Board meeting pointed out that you can find lunch rooms right next to labs in some facilities.

Fogel commented that regardless of how other communities are handling such situations, the residents he is representing “believe that Natick should be an example of protecting its residents even in a way that other communities may not. In the race for attracting bio lab development the way Mr. Landry spoke of it, Natick should not race to compete for that by putting its residents at risk and probably should set a higher standard.”

The Planning Board has continued its Site Review Plan and Special Permit process with the team redeveloping the Neiman Marcus space until Aug. 3.