Christmas Tree Shops in for a change

Christmas Tree Shops, a well-known local retailer that sells holiday items and more, is now going by the obscure acronym CTS to emphasize that it does sell more than Christmas stuff. An earlier marketing effort awkwardly added “and That!” after the business name to emphasize the variety of its offerings.

You’ll soon notice this change to CTS assuming the Natick Planning Board approves a proposal by the business to change its facade and signage at Sherwood Plaza on Rte. 9. A site plan review is slated for Aug. 3.

Will the acronym trend catch on among Christmas Tree Shops’ neighbors like JC (Jenny Craig), TPS (The Paper Store), and HD (Hot Doogy)? Let’s hope not.

Christmas Tree Shops got their start on Cape Cod, and include the windmill one that greets you in Sagamore. The shops expanded beyond the Cape to other parts of Massachusetts and New England, and beyond.  The business got snapped up by Bed Bath & Beyond in 2003, then was sold in 2020 to an outfit called Handil Holdings that is now putting its stamp on the business. 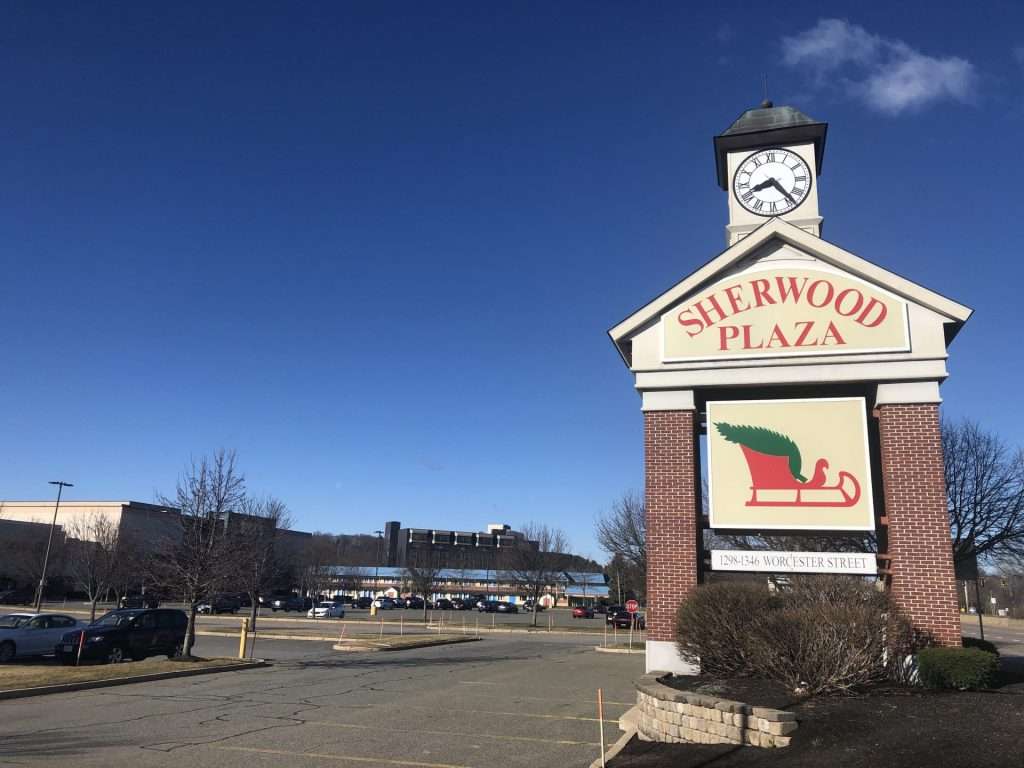 Getting a Natick business certificate

Got a Natick-based business? Then you should get a “Doing Business As” business certificate from the town clerk’s office.

They cost $50 and are valid for four years. Seems like a bargain. The town will even remind you that yours’ is about to expire about a month ahead of time.

In the grand scheme of forms, it’s a relatively simple one to fill out. The clerk’s office lays out who should get one and why.

The current list of businesses with certificates in town is from 2021, and includes nearly 150 entities. Among them, Grace’s Sweet Treats, MetroWest Medical Center, and Boyd’s Home Improvements.

Mile 10 Market hangs out its shingle

Looks like the empty storefront located in the strip mall at 54-58 East Central Street will soon get a new tenant. A banner above the entrance to the former 7-11 store suggests that Mile 10 Market, a general store/grocery/lottery place, will soon open its doors.

“Mile 10” no doubt refers to the store’s geographical location on the Boston Marathon route. They’re closer to mile eleven, but we recognize that Mile 11 Market doesn’t exactly roll off the tongue. People would just end up verbally condensing it to “MyLeven,” which would result in all kinds of confusion.

So Mile 10 Market it is. No word yet on an opening date.

Here’s the before pic of that spot, back when it was a 7-11. But the Tedeschi signage…we know, we know, but even though the sign claimed the store as Tedeschi, it was officially a 7-11. When ownership doesn’t change over the signage, you know something’s up.

We generally keep our focus on Natick, but Legacy Place in Dedham (16 miles away) just sent us a list of new tenants, so what the heck, we’ll give them a plug.