Following a Natick Report inquiry in June about erroneous Rte. 9 & 30 markings on the pavement at Natick’s beetleback interchange, the Massachusetts Department of Transportation has made the fix.

We had reached out to MassDOT after a reader named Joe called to our attention the fact that new pavement markings for Massachusetts Rtes. 9 and 30 at the Speen Street/Rte. 9 interchange featured shields typically reserved for national highways rather than standard squares or rectangles used for numbered state routes.

“MassDOT would like to thank you for bringing the issue to our attention. We will work to correct the in-pavement shields,” a spokesperson replied at the time.

Good as its word, MassDOT has redone the markings. We’re not talking Rembrandts here, but through elbow grease, artistry, or industrial strength Wite-Out, the agency got the job done. 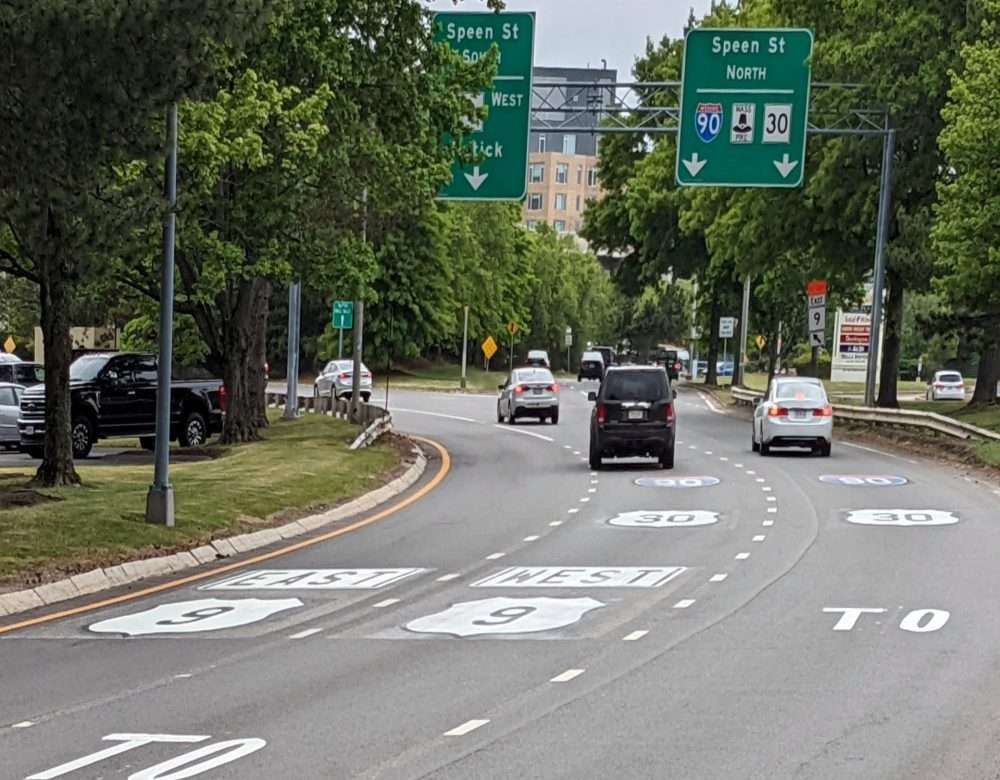 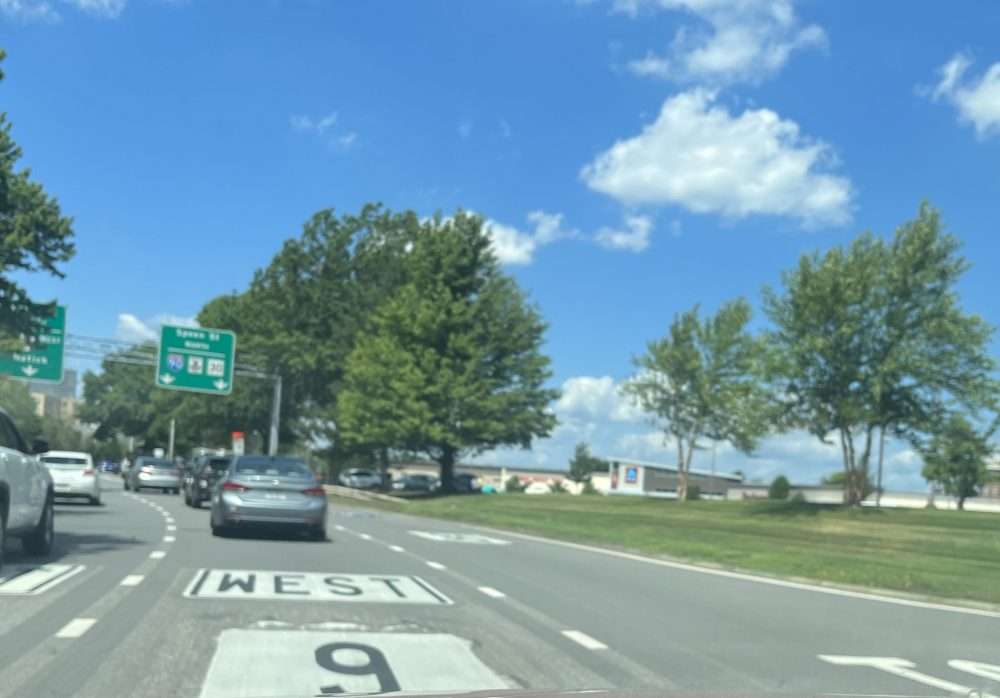