Eighteen months after the Charles River Dam Advisory Committee began its work, the group has released a detailed, 28-page report of how it came to recommend removing the spillway (aka, waterfall) rather than repairing the earthen dam. The Natick Select Board (beginning Sept. 21) and Town Meeting will take things from here.

Among the Select Board’s charge, based on the report, will be ensuring that the surrounding parkland is modernized even as the river is restored to its more natural state. The report reads: “The Committee recommends that such efforts occur in concert with the restoration project, and encourages Town leaders to link park development and river restoration through funding appropriations, design plans and phased construction, to ensure the best results for the community.”

The report documents the extent to which the committee attempted to hear all points of view on the subject, including those of abutters, students, environmentalists, industry experts, town officials and committees, disability proponents, and the Natick Nipmuc community. The public was invited to share input in numerous ways, including participation at meetings, through surveys, and via written feedback. Committee members also went on field trips to dam repair and removal sites to help make up their minds.

All but two of 18 committee members voted to ditch the spillway, according to the report, and those not in favor said they could live with that decision despite reservations of what the move could mean for recreational use of the river at certain times of the year (all committee members approved of the final report during the committee’s Sept. 7 meeting). Water levels in a section above the current spillway and dam are expected to plummet, though the committee recommends pursuing engineering efforts to address this.

The aesthetic and sentimental value of the dam and spillway were acknowledged throughout the process, and dam defenders became more vocal over the summer. But there was little drama to the outcome in light of the town’s financial interests—the report cites estimates for dam repair costing $1M-plus more than spillway removal— and given the regional and national trends of removing dams that serve no functional purpose. Committee members earlier this summer had already indicated which way they were leaning.

(In honor of the report’s release, we said “to hell” with the South Natick waterfall and headed to Ithaca, N.Y., this past weekend to see 115-foot-high Lucifer Falls. Well actually, the timing was a coincidence.)

Natick has been forced to make a decision due to the deteriorating condition of the 1934 dam under its watch. If the dam were breached by Mother Nature, it could result in catastrophic damage and leave the town on the hook to cover costs. (Sadly for river neighbors like ourselves, a presumably safer river won’t result in lowering exorbitant flood insurance rates.)

While the committee is confident that removing the spillway will improve the river’s health, the report explains that additional engineering and environmental studies would be conducted as part of the design and permitting process per state requirements. “[S]hould such analysis result in any new, conflicting information regarding the environmental benefits of river restoration, the Committee advises the Select Board to review the context of this report in light of any such findings,” the report reads.

Natick Spring Annual Town Meeting in 2019 approved spending $1.2M for dam repair, but this was before the spillway removal option emerged. In either scenario, the town would likely have to go back to Town Meeting to help cover either the higher estimated cost for dam repair or to introduce the spillway removal option and seek funding (and then there’s the park development).

Regardless of how this plays out with the Select Board, other boards, and Town Meeting, we’re likely several years away from significant changes at the site.

In the meantime, Natick’s Finance Committee on Sept. 13 will discuss a Town Meeting article seeking funds to repair the dam. 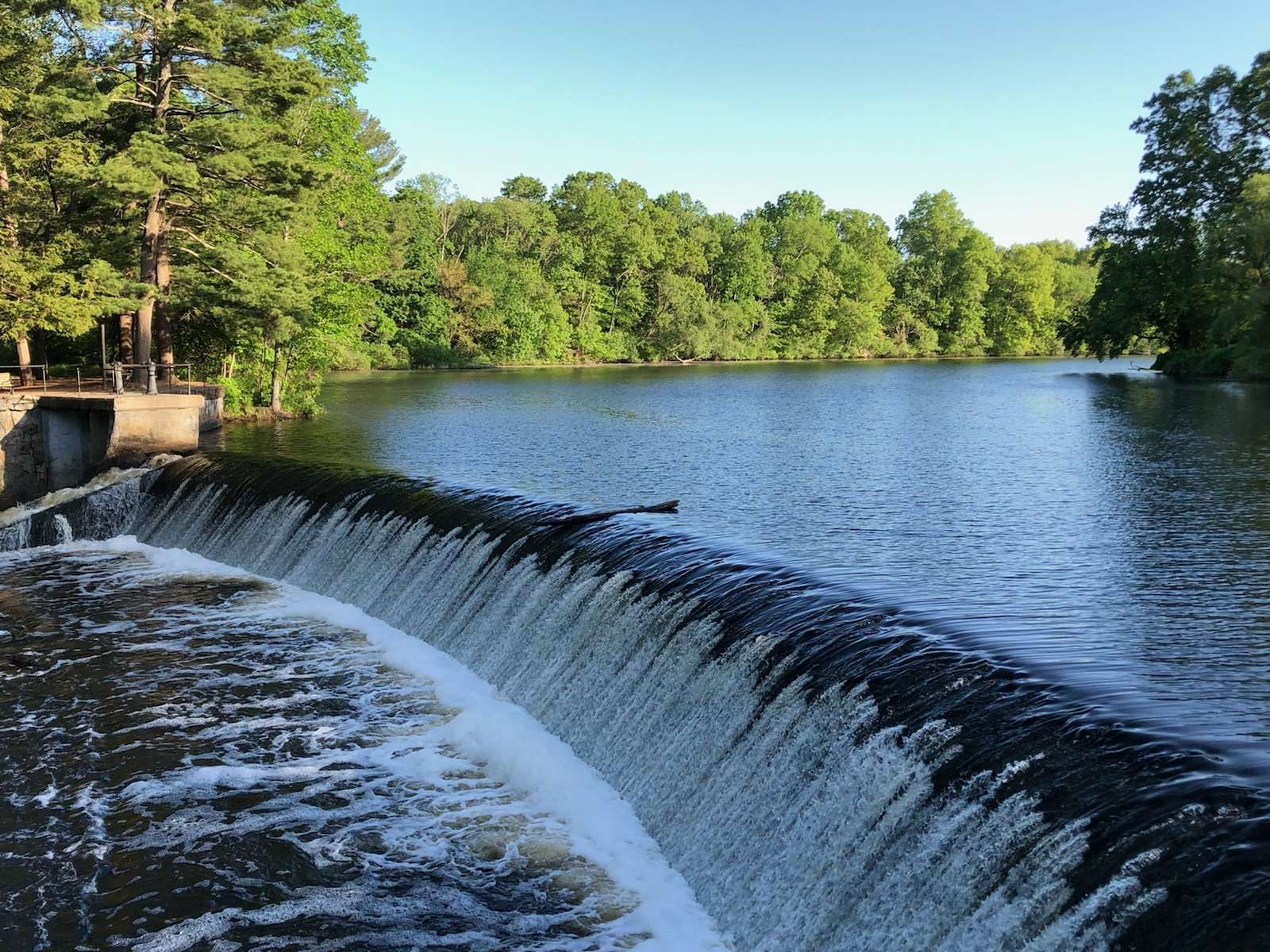