Voices quavered. Town employees had their honor defended. Facts were stated and dismissed.

This latest entry into the growing collection of public forums about whether the town should repair or remove the Charles River dam in South Natick took place at the Sept. 28 Select Board meeting, about 2 hours in and lasted roughly 80 minutes. The Board has received a report from an Advisory Committee, and now is discussing the matter amongst itself, but with input and questions from the public at meetings like this. The Board has also been fielding dozens and dozens of emails, with Board member Michael Hickey crediting Board Chair Paul Joseph for his thorough replies (I’ve been on the receiving end of Joseph’s replies to questions about other topics and can vouch for his attentiveness.)

I won’t get into a play-by-play account of the meeting, which featured some familiar faces saying familiar things, but also some new blood and new questions or points. About two-thirds of the 16 public speakers indicated support for the Advisory Committee’s recommendation to remove the spillway, better known as the waterfall. (Disclaimer: We’re river neighbors).

Among the questions raised were whether the town has had an arborist rate the health of the trees on the dam (yes, as they are part of the town’s shade tree inventory), whether just removing the trees would be the cheapest solution (perhaps not since other fixes would be needed to bring the dam’s condition from poor to good, says the town engineer), and how to quantify the probability of dam failure (the town’s looking into that one).

One speaker noted that the last forum on the dam seemed to include mostly public speakers on one side of the issue, and emphasized that there may be many more viewpoints that aren’t being seen by the public in the form of emails. So she felt compelled to show up and speak, stating “A lot of us feel extremely confident and respectful of the [Advisory Committee’s] time and their recommendation and we fully support it and don’t feel the need to be here because of that. So I am here because I have been speaking to people for many months just like everyone else and we firmly respect and request that the committee’s recommendations of not just removing the spillway but creating a new fun environment for us all…”

While one environmental organization rep stated removal is the clear choice for the health of the river, citing the Advisory Committee’s work and other removals or breaches along the main stem of the Charles, it was unclear how many of those involved dams that the public actually cared about whether they stayed. Another speaker pointed out that a couple of dams have been considered for removal, but were retained due to aesthetics (and as a town employee noted, because they were so close to other dams).

Perhaps the rarer speakers at this meeting were a couple of people who said they’d be fine either way. A longtime paddler said the river will have its low spots after dam removal, but getting out of the boat and wading for a bit is something he’s used to doing. “I’m easy with it either way,” he said, so very chill.  Another speaker said “I think we just have to move on, find out what the unknowns are by beginning the process… I think we’re arguing over something endlessly that basically is going to work out fine.”

In that vein, Joseph reminded all that the town has limited resources to manage many important issues today, from the dam to public health to affordable housing and transportation. While more discussion will be welcomed in the weeks to come, the town will also rely on the expertise of its staff and advisors as it zeroes in on a decision about the dam. 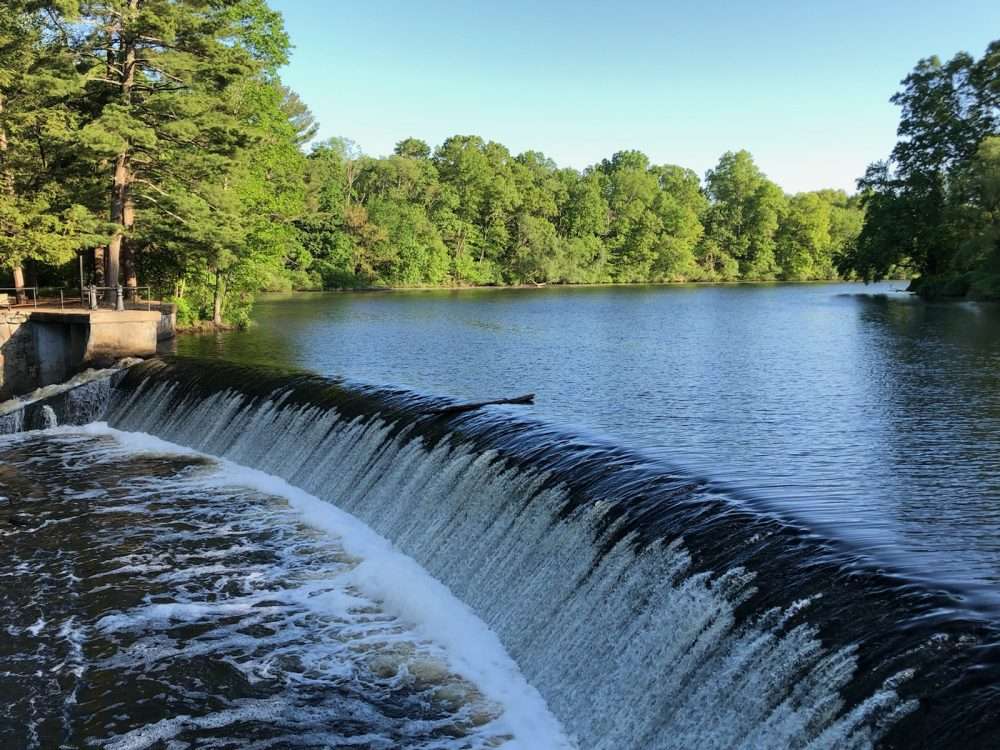