The extensive work going on inside the former Sacred Heart Church at 28 Eliot St., in South Natick to transform it into an acrobatics and circus school is generally not yet visible to the public. But the replacement of once decaying spires on the front of the building in the John Eliot Historic District has been turning heads.

Jacob Skeffington of Eastern Acrobatics & Circus, which has worked its way through Natick Planning Board and Historic District Commission approvals over the past couple of years, says the business he co-founded is now in the process of executing those plans and aims to be done by spring. This includes restoration of roof, trims, siding, and decorative elements, like the spires, at the former church, shuttered in 2004 by the Archdiocese of Boston.

“The spires are certainly a big one. Not a lot of carpenters can do that kind of work anymore,” Skeffington says.

The spire restoration project began this April, with the first step involving lots of photos by drone and high-powered camera lenses, Oliver says.

“This allowed for analysis of the remaining spire and drawings to be produced.,” he said. “The drawings were incorporated into the permit application for the entire restoration and then used to make the two new copies.”

The copies were produced at a shop in Portland, Maine by carpenters Oliver, David Bernbaum, and Cris Clark, who knew each other from their time in the circus community in Montreal. They’ve known Skeffington going back almost 20 years as classmates at the National Circus School of Montreal.

“The original spires were massively built, using materials of a size and thickness that are hard to come by these days,” Oliver says. “Lamination rather than shaping was determined to be the way to go, using marine-grade adhesives and a lot of patience.

“The original spire was made up of seventy-two pieces, each of which was replaced by a composite piece made up of two to seven pieces glued together. Each new copy of the spire is made up of three hundred and eighty-eight pieces,” he said.

Having learned from the moisture-induced rotting of the original spires and attachment points, Oliver says the decision was made this time around to use  polyurethane topside paint to prime the new spire pieces inside and out.

Production of the spire copies and the town’s permitting process for the project synced up, with everything coming together this fall.

It took 2 trips to transport the spire pieces from Portland to Natick. “Each spire weighs in at just over half a ton and the longest fully assembled pieces are a hundred and twenty eight inches long. Fully assembled, each spire is exactly twenty feet from bottom to top,” Oliver says, adding that installation took 2 weeks to complete (see more photos below, courtesy of Joshua Oliver).

Austin Lin, an acrobatics and circus enthusiast who has been backing the South Natick project, posted on social media: “One of my guiding principles is to leave things a little better than how they were found… whether it’s a person, place, or thing. In this case it’s the former Sacred Heart Church…”

Inside the building, impressive work is underway as well. Some 5,000 pounds of ModTruss rigging system gear has been installed from floor to ceiling by Jason Clemence with Performance Rigging Solutions.

Back to the outside, Skeffington says landscaping, including a proper parking lot and building accessibility, remain to be done.

Eastern Acrobatics plans to roll out a full set of classes once construction is complete. 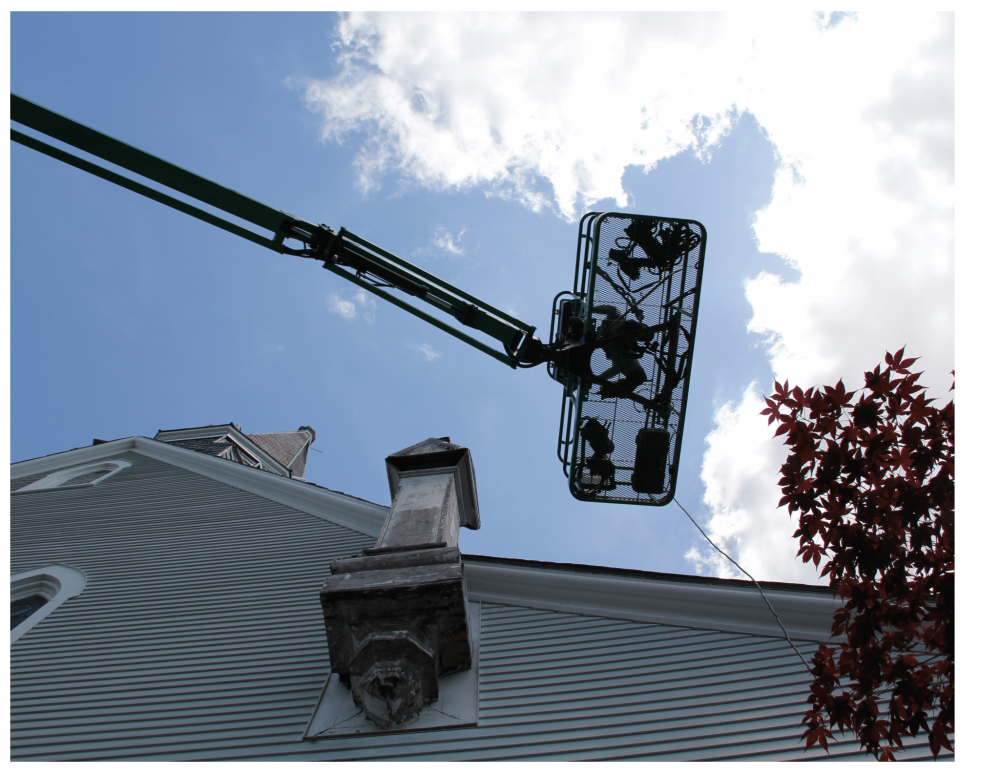 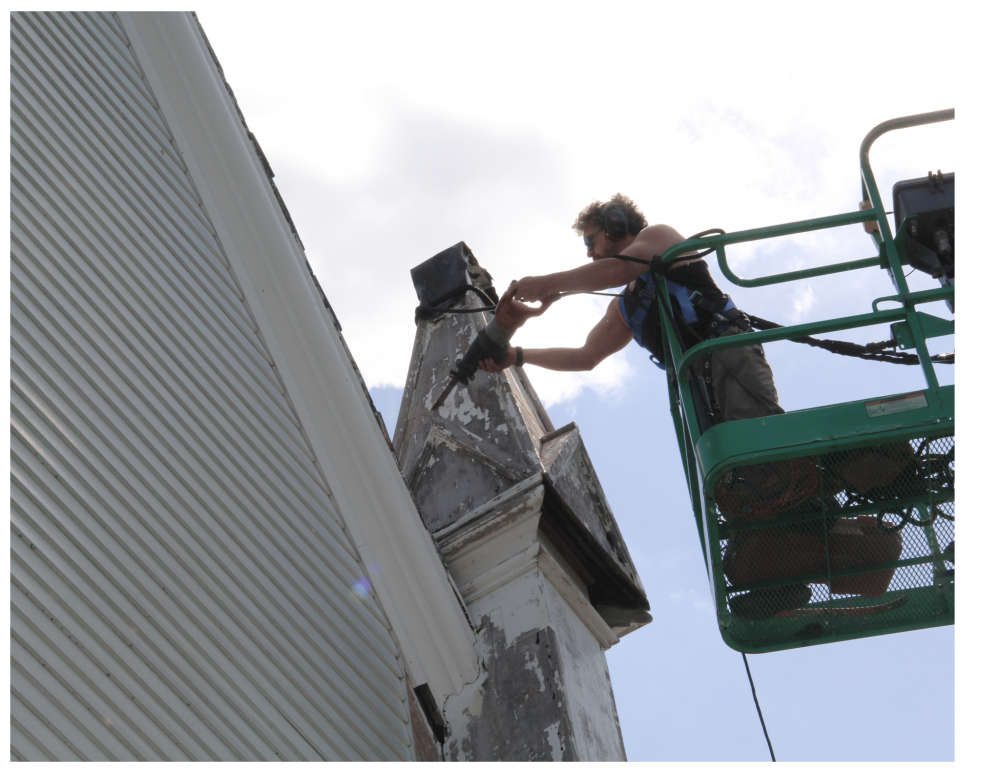 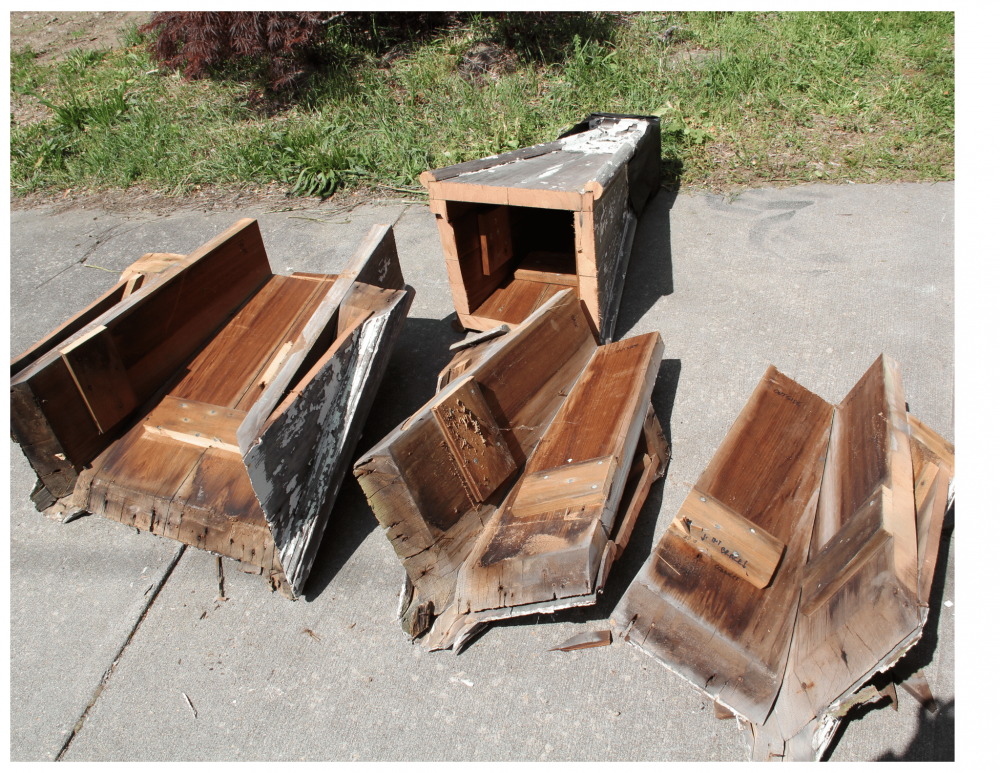 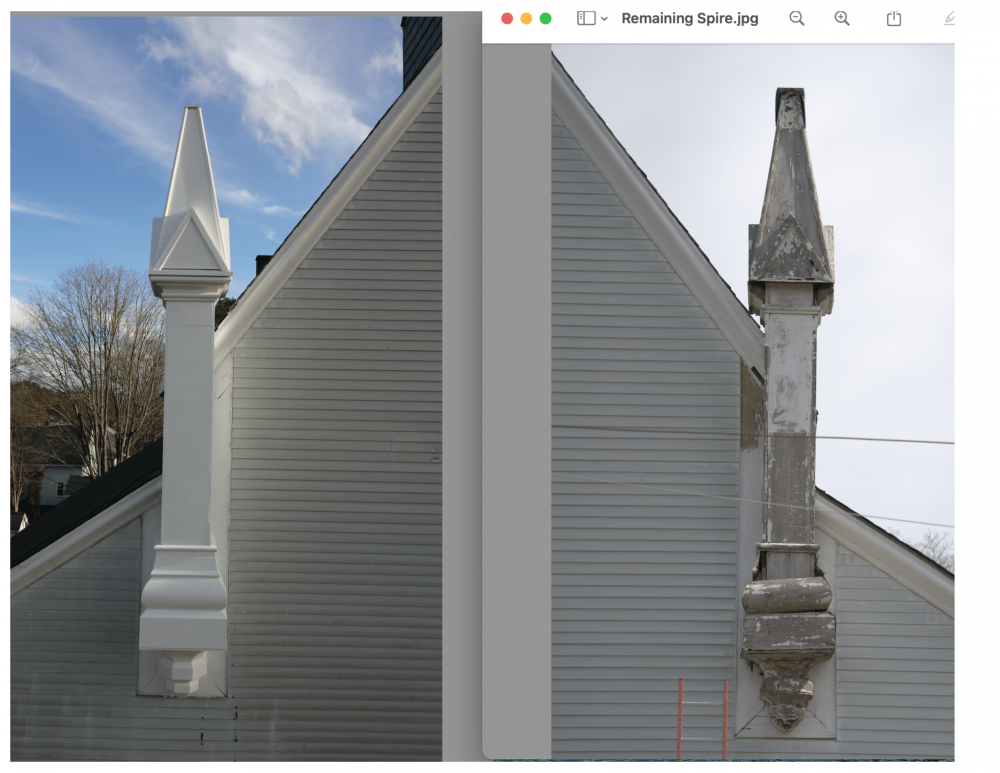 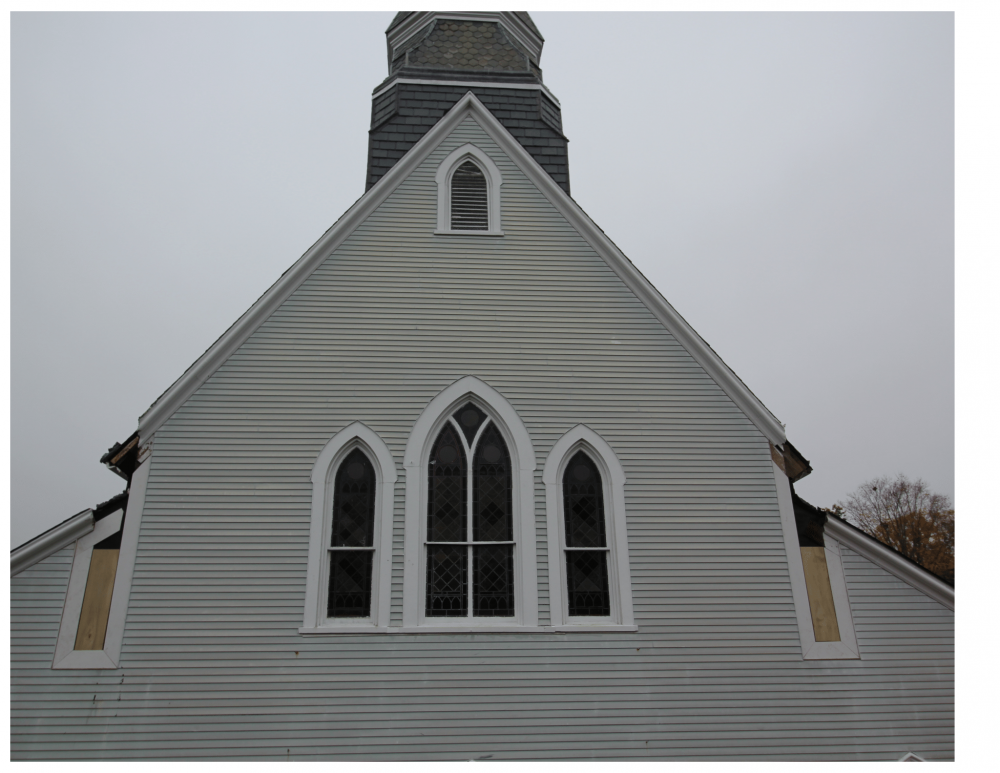 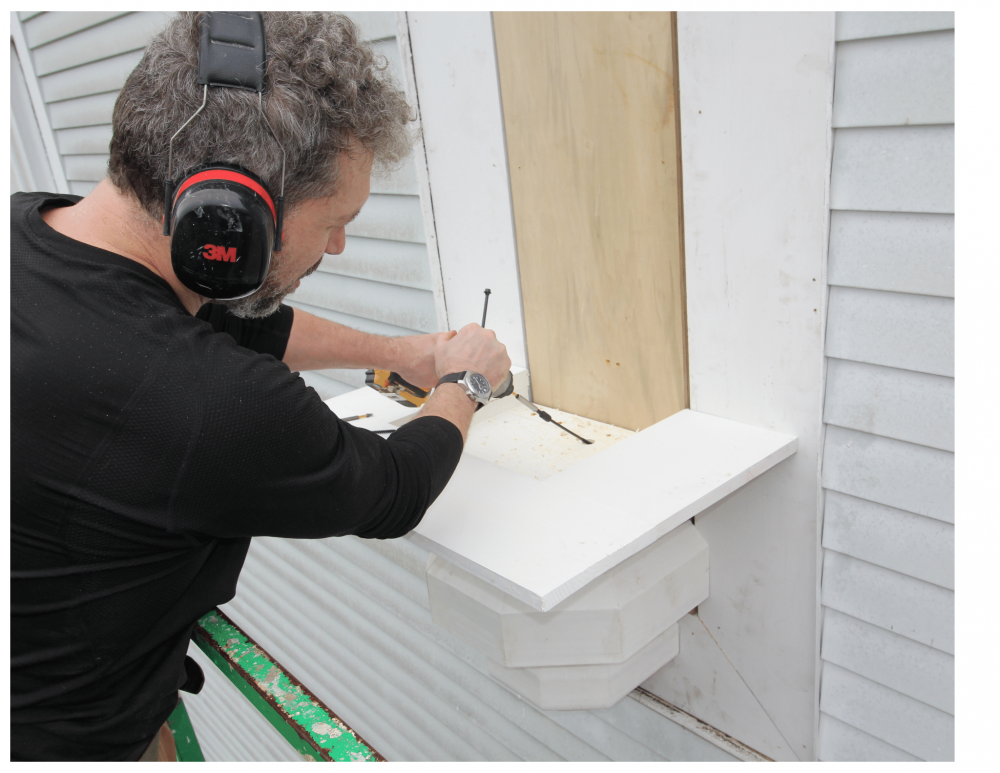 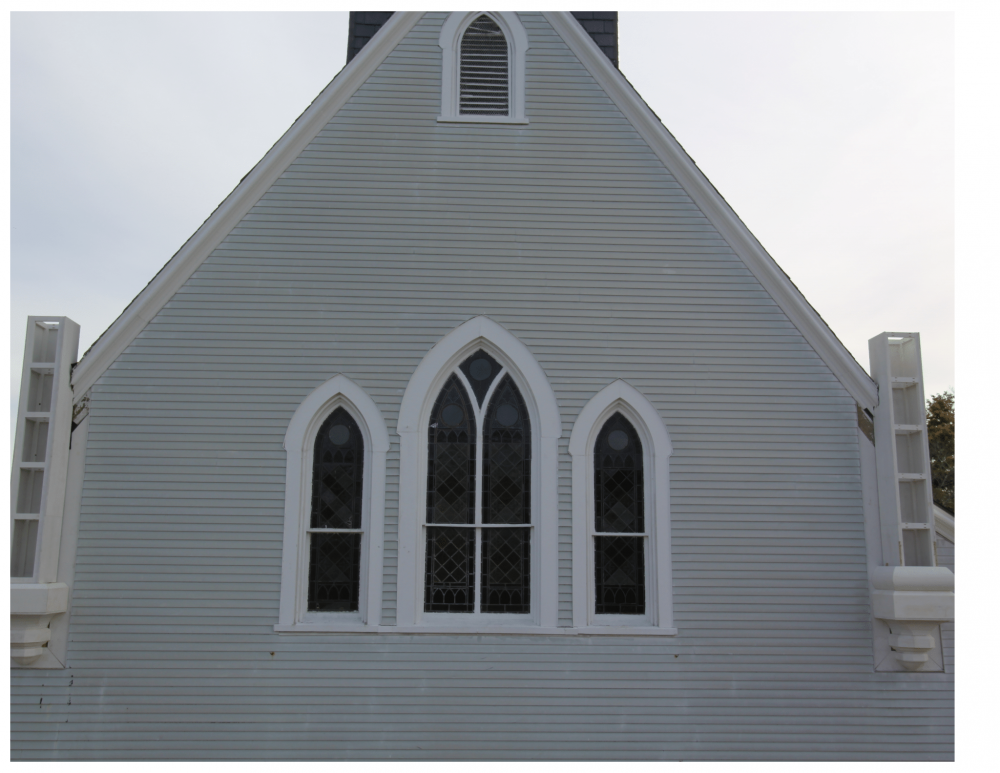 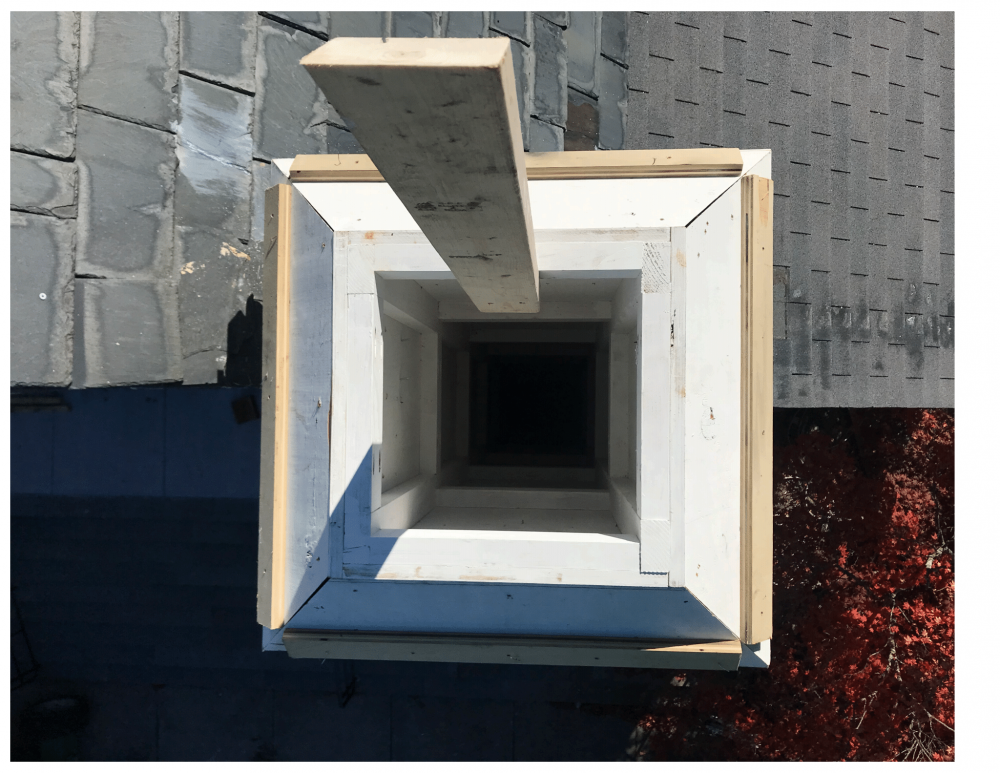