Natick Report recognizes that political advertising can and does inform voters, and our editors are committed to fairness and freedom of expression. We follow generally accepted journalistic policies, and all candidates have equal opportunities to advertise.

Any advertisement is considered political if it involves a political figure, party or government issue, regardless of whether an election is taking place.

Like all quality publishers of original journalism, Natick Report maintains a clear separation between news and advertising content. Advertising that attempts to blur this distinction in a manner that, in Natick Report‘s sole judgment, confuses readers will be rejected.

Stating disagreement with or campaigning against a candidate for public office, a political party, or public administration is generally permissible. Natick Report reserves the right to ask for verification of claims made in political advertising. Political ads must not include accusations or attacks relating to an individual’s personal life. The distinction and decision will be made solely by the management of Natick Report.

All political advertisements must include all information required by local, state and federal law, and the advertiser is solely responsible for compliance.

An advertiser will not be permitted to buy up all or excessive inventory (ad spaces).

Under news story #3—space not available

Natick Report is an online news site that tells you “more than you really need to know about Natick, Massachusetts.” We cover whatever is going on in the community from school news to everyday occurrences, always in our inimitable Natick Report style. Our readers are smart, active and want to know about the best that’s out there for themselves and their families.

We appreciate all of our advertising support. It helps cover the cost of running Natick Report and providing an independent and community-focused news source for the town.

According to the US Census, Natick residents are college educated, with 67% holding a bachelor’s degree. The median household income is $148,000.

The best way by far to reach Natick’s 36,000 residents is to advertise on Natick Report.

Natick Report’s Restaurants Page lists more than 70 dining options in town. Our restaurants page is wildly popular, receiving over 11k page views over the past 12 months.

We also cross-reference Natick Report’s Restaurants Page every chance we get on our other local news site, The Swellesley Report. That’s a lot of potential visibility for YOUR restaurant.

Email us at deborahcb100@gmail.com to learn how to sponsor Natick Report’s Restaurants page.

250 words, two pictures. Written by Natick Report to the advertiser’s specifications. Advertiser sees and comments on post before it goes live. We generally go back and forth a couple of times with Sponsored Posts. Ad is sticky as our top post for one day, then drops down the site as we get new stories, however, ad stays on the front page for its entire one-week run.
Rate: $130/week

Advertise on our Summer Camps page:

Rates:
Your Summer Camp featured at the top of the page: $100/month
Here’s an example.

Here’s a heartwarming tale to take you into the holidays: A Natick senior recently appealed her unusually high water and sewer bill, and the Select Board couldn’t deny the longtime resident’s compelling story.

Rita Aude, who her son Robert Audi described as being widowed and disabled, is a 30-year resident of the town living on a fixed income (Note: their last names are spelled slightly differently). When she received a shockingly high water and sewer bill in $4,745 in February she soon after contacted the town, which visited the property and determined a toilet was constantly running. Aude had a plumber fix the problem the next day.

Unfortunately, the new quarter was already underway, so the bill for that period came in high, too, at $1,490. Aude’s typical bills were for $90-$150 per quarter, and her water usage returned to the normal level once the plumbing issue was fixed. The overall bill for the 2 quarters would have accounted for about 25% of her yearly income from social security.

It turns out that the running toilet was in a seldom-used half bathroom attached to Aude’s bedroom. “Had we known we would of course repaired the toilet right away, knowing that it was putting out close to 1,500 gallons of water every day at its peak,” Audi said. His mother uses the main bathroom, which is outfitted with handrails, not the half-bath, described by the son as being akin to an airplane restroom in size.

The town issued what Town Administrator Jamie Errickson termed a “tighter” water and sewer abatement/adjustment policy effective in mid-2021. It was designed to make decisions for town officials less subjective and more clear, which among other things helped the Natick shrink its backlog of abatement requests.

The town rejected Aude’s initial request for abatement for not meeting its criteria, but steered an appeal of that decision to the Select Board, which serves as Natick’s water and sewer commissioners and can use its discretion in deciding on such matters. That’s what brought Robert Audi all the way from Sturbridge to Natick for a nighttime Select Board meeting on Nov. 16. (view discussion about 45 minutes into the Pegasus recording).

The Select Board considers the case

Following Audi’s statement, which included his mention of joining the Natick WaterSmart Program to get alerted if his mom’s water or sewage usage spikes, the Select Board members mulled the issue. Errickson explained that 1 option would be charging a resident whose case is legit a lower rate similar to their usual rate. In Aude’s case, that would have reduced her bill by a couple thousand dollars, and a motion was made to do that.

But then another motion was made to abate a full $6,000, leaving Aude to pay her usual amount.

Select Board member Michael Hickey said he’s always been sympathetic to this sort of situation. After hearing about the circumstances and that Audi had traveled east to help his mother (“what a nice son”), Hickey said: “I could not in good conscience expect this resident to pay anything approaching anything with four figures…”

Board member Rich Sidney, who made the motion to abate $6,000, said “We have here an elderly person who is trying desperately to stay in her house. This is something we’ve called our values for years, and we want to support her ability to stay in town and live her life. I think this is an unusual situation—she fixed the problem as soon as she knew about it, it’s not like she let it go for months. That would change my mind. I’m very empathetic to the circumstances.”

Board member Kathryn Coughlin, also in support, said “It’s really good to have anchoring values in… a political philosophy. But when it comes to applying that in a very specific situation with human beings and real world circumstances, it’s good to be able to reconsider.”

Bruce Evans, another board member in support of the big abatement, said “Policies are pieces of paper, people are people.”

“Consider this your compensation for advertising the WaterSmart Program on behalf of our community,” he quipped.

(In fact, I signed up the day after I heard this session.)

We’ve reached peak color in Natick this fall. The yellows and oranges, the reds and browns. The blacks and blues, the purples and greens. Yes, lawn signs are everywhere, both on private property and on public land, where they shouldn’t be.

You know the hot spots, along the stretch of Rte. 135 near the dog park, in South Natick at the intersection of Union/Pleasant/Eliot, and even on school grounds.  The offenders are many, from political campaigns to private schools to realtors to companies that yes, sell yard signs. Extreme signage displays have been seen in town of late, such as those urging people to slow the @!(#% down, but hey, do what you will on your own property.

The issue even came up during the South Natick dam discussion at the Oct. 3 Select Board meeting (about 1 hour and 24 minutes) when a Save Natick Dam proponent said that some of their signs had been removed. That led to a brief discussion about when the town will take down signs put up on public land. We’ve heard Select Board pleas to the public in the past to at least remember to remove such yard signs after events being promoted have taken place. 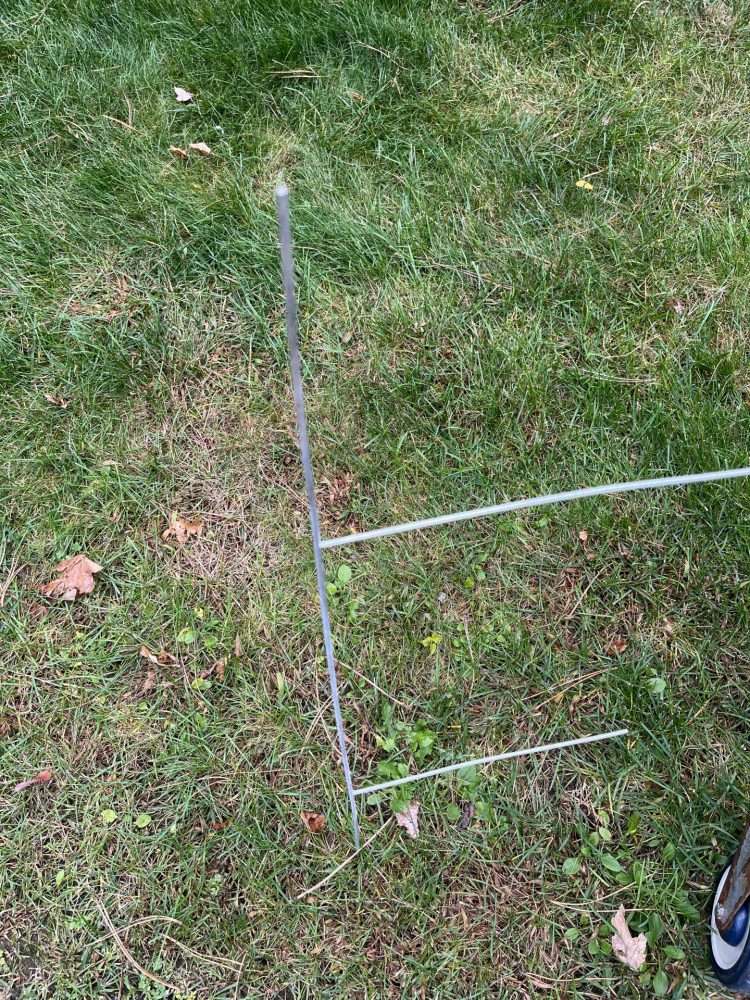 Need to get your message across without cluttering the town? Clutter our local news site instead by advertising on Natick Report and reaching our growing readership.

We’ve got thousands of monthly readers of our posts about everything from town government to family activities. We’ve built a daily email newsletter subscriber base of about650, and have attracted nearly 3,000 social media followers.

Keep up on Natick happenings by subscribing to our email newsletter, which we send most weekdays, once in a while on the weekend

Thanks for all of your Natick Report support in 2022.

As a two-person, independent journalism operation, we need all the help we can get, and we want to make Natick Report an even more useful resource for you in ’22. Reach us at natickreport@gmail.com as well as on social media, including Facebook, Twitter, and Instagram.

And if you’re interested in advertising as a business, organization, or political candidate, please Ask about Advertising on Natick Report. 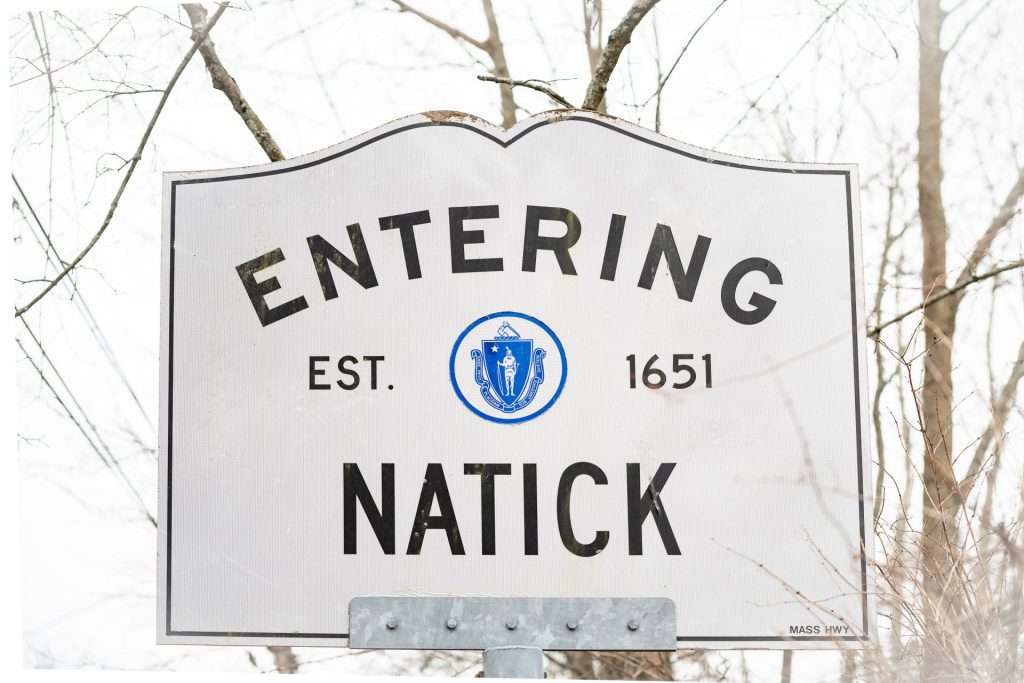