Eddie’s Park, the Natick off-leash dog area that has been in the works since 2013, has finally opened. Note that the small dog area is still closed due to fence damage caused by a falling tree.

The fenced-in park, named for a young Natick boy named Eddie Kramer who died in 2014, is located at the entrance to the Middlesex Path along Rte. 135 (109 West Central St.).

A feasibility study issued in 2015 says the Natick Open Space Advisory Committee in 2013 charged a group of citizens to form a working group to identify and evaluate possible sites. Among locations considered was near the Henry Wilson cobbler shop and the Town Forest.

Some $300,000 was raised from foundations, including the Stanton Foundation and FIDO of Natick,to build the park. No taxpayer dollars were used.

In an update last month, we reported about a Little Free Library and donation box planned for installation at the park.

The park has had to withstand a couple of possible arguments against its opening from those concerned about the use of conservation land for this purpose.

Here are the park rules. Be sure to read them and explain them to your pups:
1. Open dawn to dusk.
2. Enjoy park at your own risk.
3. Dog handlers are legally responsible for the behavior of their dogs at all times.
4. All dogs must be leashed upon entering/leaving the park.
5. Leashes must be removed from dog when in the park.
6. Dogs must be legally licensed and have proof of current rabies vaccination.
7. Dog waste must be cleaned up by their dog handlers IMMEDIATELY.
8. Dog handlers must be at least 16 years of age.
9. No more than three (3) dogs allowed, per dog handler, at one time.
10. Only dogs 25 lbs or less are permitted in the small dog enclosure.
11. PROHIBITED:
• Sick or aggressive dogs
• Human & dog food/treats
• Smoking
• Glass containers
• Dogs in heat
• Use of pronged, shock, or choke collars
• Any commercial activity (such as dog walking, doggie day care, etc.)
• Children under 10 years of age within the dog park

The Arbor Day Foundation describes the Catalpa as “a tree that demands your attention. White, showy flowers. Giant heart-shaped leaves. Dangling bean-like seed pods. Twisting trunk and branches. How could you not stop to take it in?”

Since at least the Spring, hundreds or even thousands have taken in Natick’s own little sidewalk Catalpa, which we’ve dubbed “Coney,” because it was growing through an orange Natick Highway Department cone.  This was no Cone of Shame: Coney wore its bright plastic coat proudly.

A Google Maps image from 2019 shows that Coney, pre-Cone, appears to have popped up some time ago when a metal pole with no sign on it protruded from the sidewalk.

But the community this week mourns the apparent passing of this spirited young scrapper that sprang forth in front of the Neighborhood Wrench auto repair shop at the corner of East Central (Rte. 135) and Union Streets in Natick.

Apparently even the mechanics at the auto repair shop had no way to fix this little tree’s issues (we reached out to the shop, but haven’t heard back).  I’ve also pestered Natick’s Public Works Department to see if they might have any info.

Reader Dennis McCormick, who shared a couple of photos of Coney, wrote: “Drivers going eastbound on Central St have been rooting for this tree since spring.”

But as McCormick’s photos show, something went awry. Whether it was the drought, a tree hugger who hugged too tightly, or a miscreant, Coney went from mighty to defeated.

Coney had its whole life before it. Maybe it could have become a South Natick Dam log one day. Possibilities were endless.

And yet another distressing tree story for Natick this summer following the removal of infested ash trees on Natick Common.

When I ran by Coney’s spot on Wednesday, along the Boston Marathon course, the sapling and cone were both gone. So that’s that, unless some kind-hearted soul transplanted Coney.

But wait. Even if that didn’t happen, there did appear to be the slightest, tiniest green shoot in the hole where the signpost once stood.

This may not be over yet…

The pandemic has forced Natick Service Council to skip its usual Fall for Natick Dinner & Auction and hold a virtual 5K Run/1 Mile Walk instead. Participants should plan to run between Oct. 11-24.

The Council makes a pretty compelling argument for the virtues of such an event, including the lack of crowds, the ability to sleep in and not worry about hitting the starting line first thing in the AM, avoiding hills if you want, and more.

Funds raised through the event will help the Council help neighbors in need, including those affected by the pandemic.

A much higher percentage of Natick businesses and nonprofits took advantage of the federal Paycheck Protection Program than did businesses across the state as a whole, according to numbers released this month by the Metropolitan Area Planning Council (MAPC).

Some 52% of 1,546 establishments in town were approved for a total of 823 loans, which are administered by the Small Business Administration and are designed mainly to help small businesses retain employees. Across the state, about 46% of businesses were approved through July. 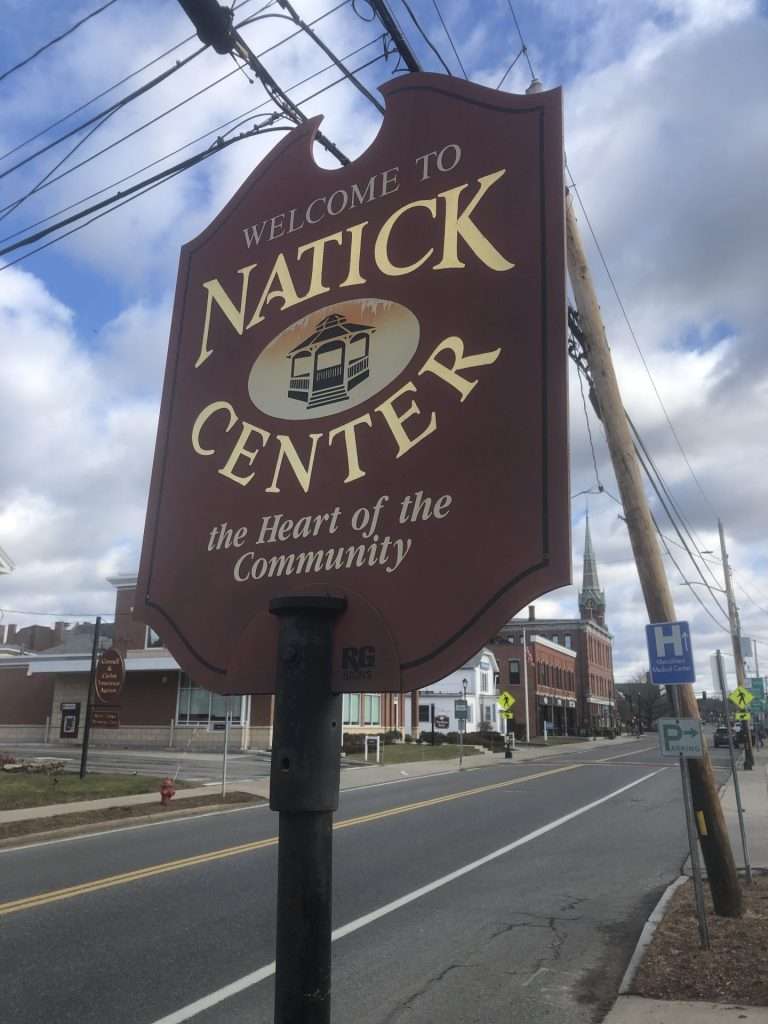 Nearby, more than 63% of Needham businesses got PPP loans, and 57% in Wellesley did, according to the Newton Needham Regional Chamber. Most businesses and nonprofits have already used up their funds and would love a shot at more in light of the pandemic’s persistence, according to the Chamber. PPP loan applications were curtailed as of Aug. 8.

According to the data for Natick, which we broke out in the spreadsheet below, the loans helped to fund some 9,300 jobs in town, with an average of 13 employees but as high as 500. Businesses secured loans, which may or may not need to be repaid, ranging from thousands to millions of dollars. Numerous lenders, from Needham Bank to Bank of America, handled the loans.

Other opportunities could emerge. Needham’s Select Board recently voted to cut restaurant liquor license fees in half for 2021, so perhaps that’s something Natick establishments could push for.

Note: Businesses were not required to self-identify the race, gender or veteran status of ownership for the data shared by MAPC, and that accounts for so much missing info in those columns. 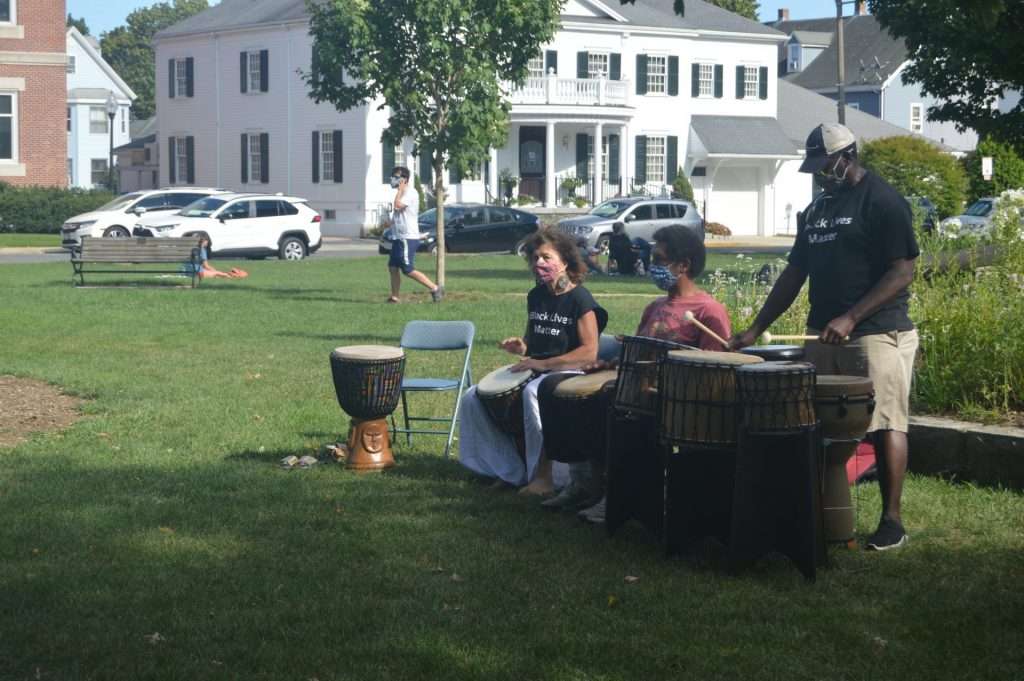 Natick Black Lives Matter will be hosting its weekly vigil at Natick Common on Sunday, Aug. 30 at 3pm.

All are welcome to join in peaceful protest against racism and racial injustice.