Taking advantage of the summer traffic slowdown in Natick, we’ve toured the town’s official scenic roads and collected many photos of them in one place (if these photos don’t do your road justice, we welcome upgrades: natickreport@gmail.com) 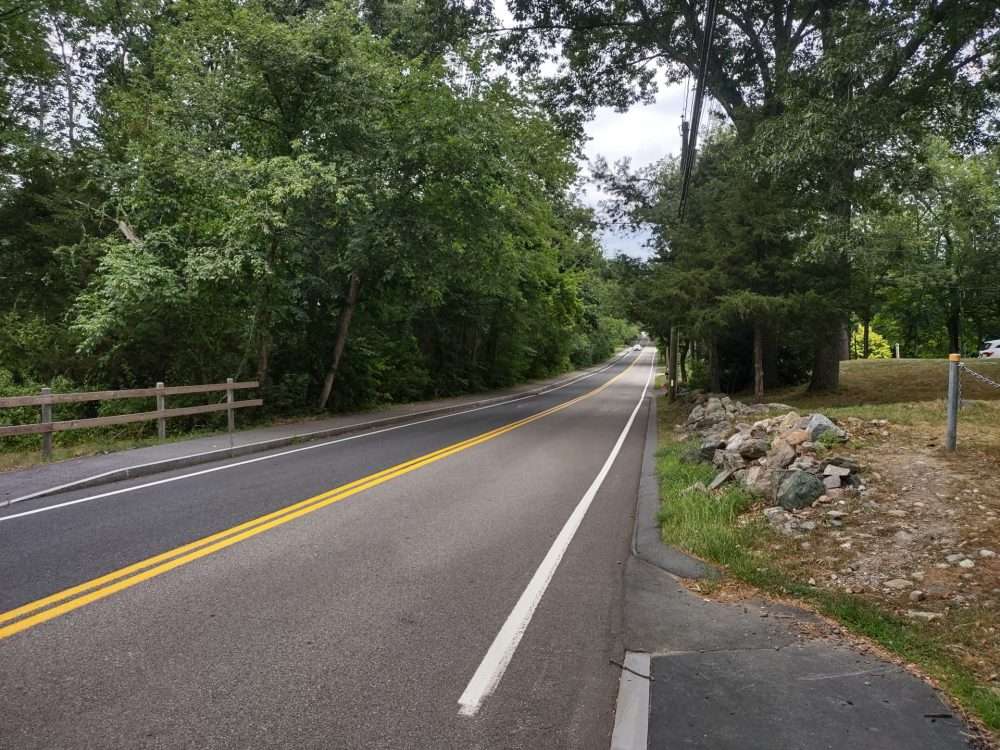 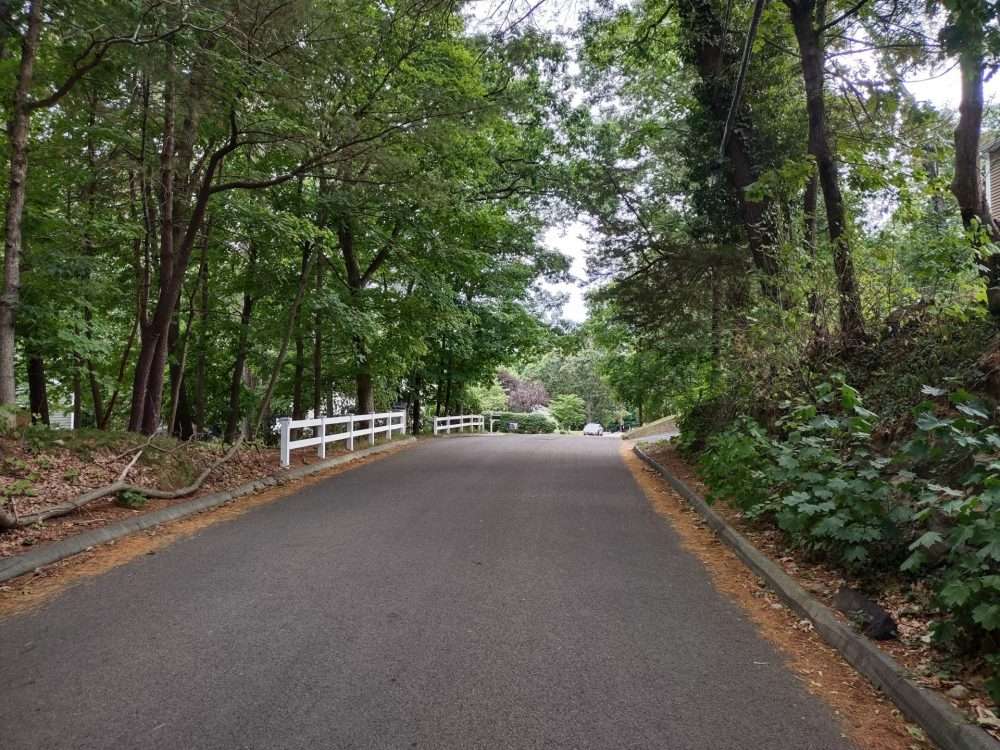 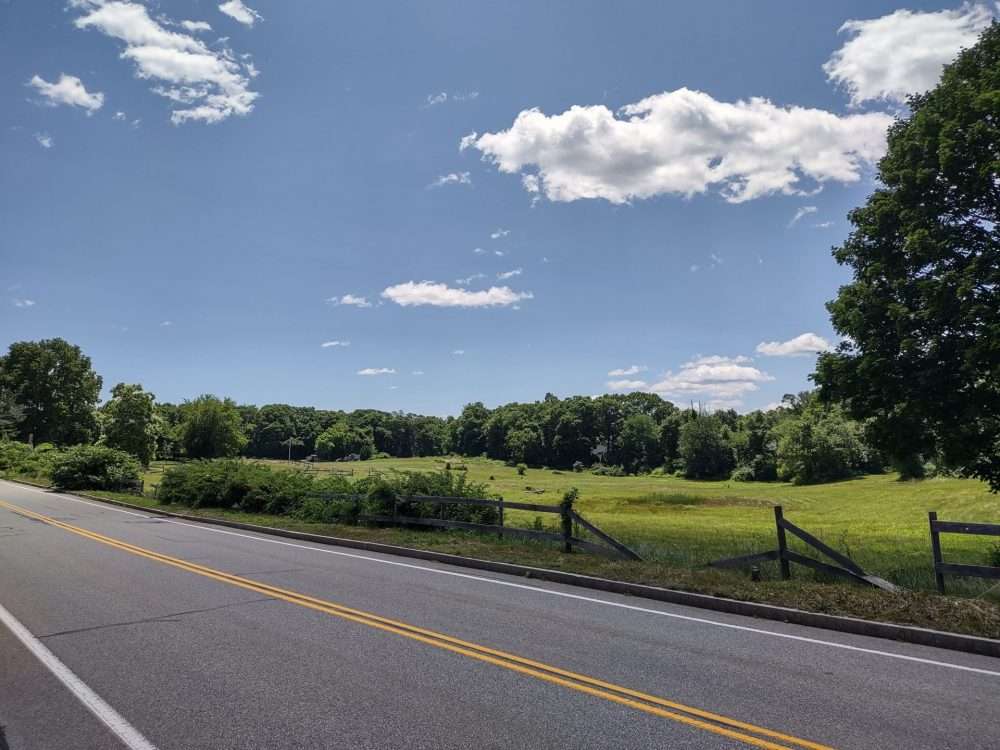 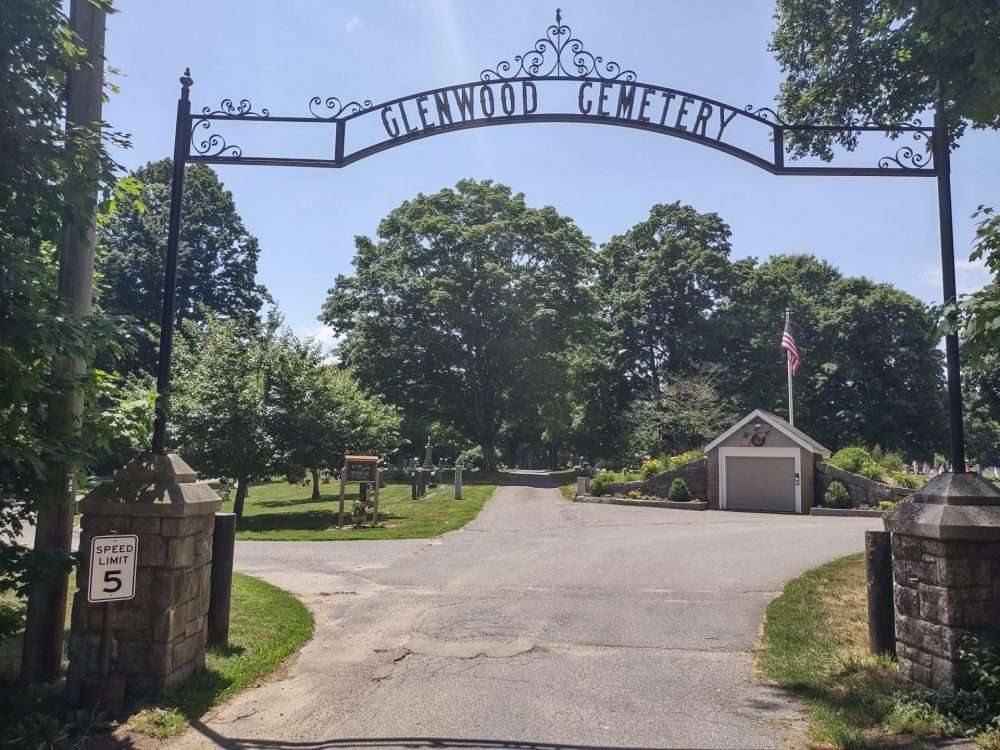 On Aug.6 and 7 cyclists from Natick and well beyond will embark on rides ranging from 25 to 210 miles for the Pan-Mass Challenge. The annual PMC raises money for research at the Dana-Farber Cancer Institute, and is the highest grossing athletic fund raising event in the country.

The Pan-Mass Challenge has 16 official routes, including seven that start in Wellesley at Babson College. The routes are supported by volunteers who run water stations, hand out food to riders, and check participants in at the start. This weekend the PMC will boast 6,800 riders and 3,000 volunteers, and has currently raised just over $35 million, with a goal of raising $66 million total.

This is a big step up from the original ride, which had only 36 riders and 10 volunteers. Even with those small numbers, the event was able to raise $10,200 for Dana-Farber. This initial event was organized by Wellesley’s Billy Starr, who was inspired to start the PMC after he lost his mother to cancer. He continues to organize and head the PMC.

Like Starr, many cyclists either ride because they have had cancer, or because of a loved one who has battled the disease.

Among Natick’s cyclists is Martha Gold, a PMC rider since 2001. In 2004, she  formed the Stem Cell Cyclists team in honor of her sister, who died from cancer after receiving a stem cell transplant. She also rides to support her husband, who is treated at Dana-Farber for Lymphoma, in this case  a side effect from radiation from Prostate Cancer.

Ways to donate, including in the name of specific riders, can be found here

These Natick residents are listed as participants: 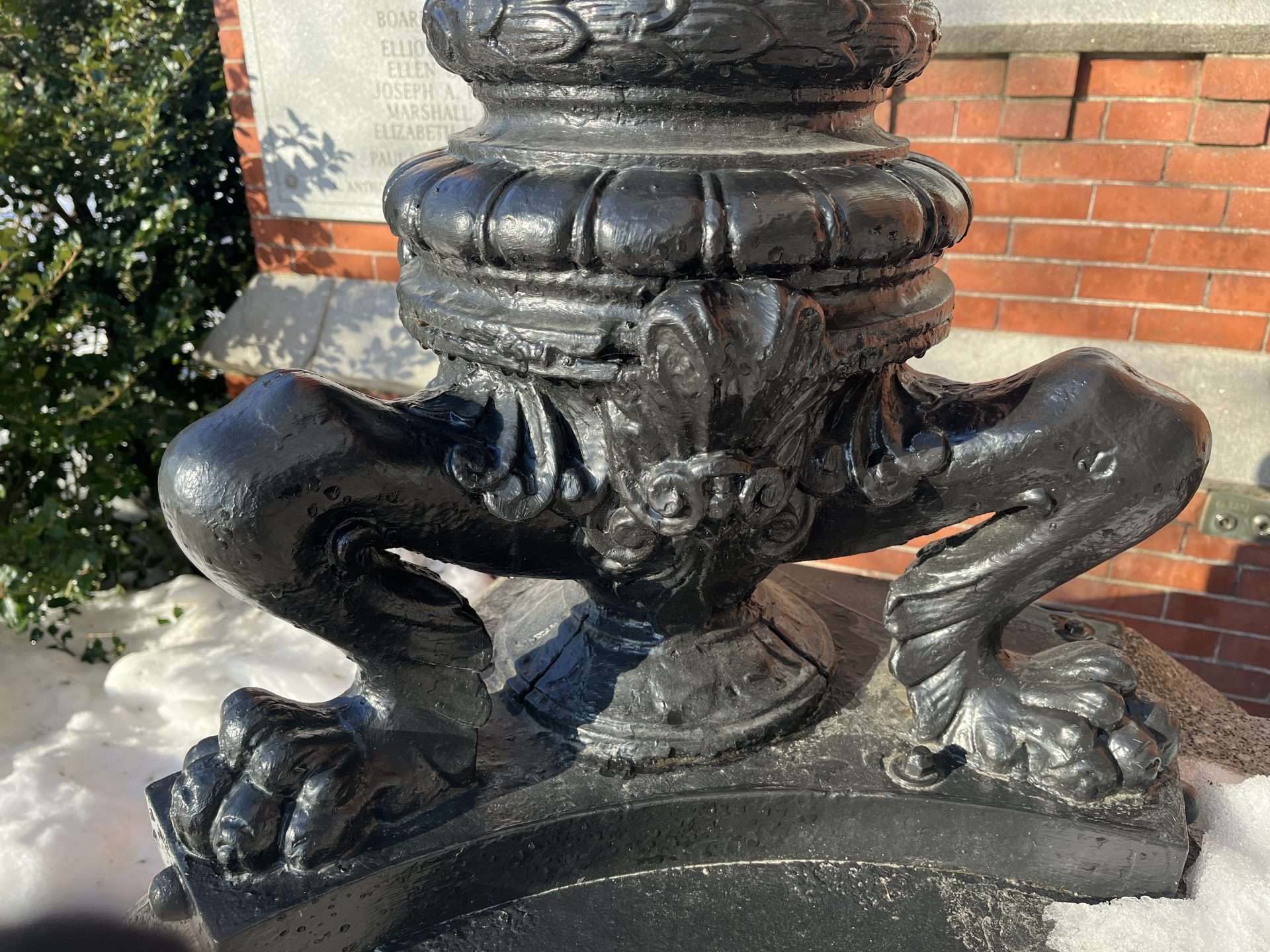 There’s good and bad news. Sadly, after reaching out to the library, Natick Report was informed that the cast iron post is gone because of an act of vandalism that took place about a year ago. The good news is that it is being repaired, and will be returned to the library when it is fixed.

While the library was not able to give an estimated time for this return, expect the a comeback for the second post. 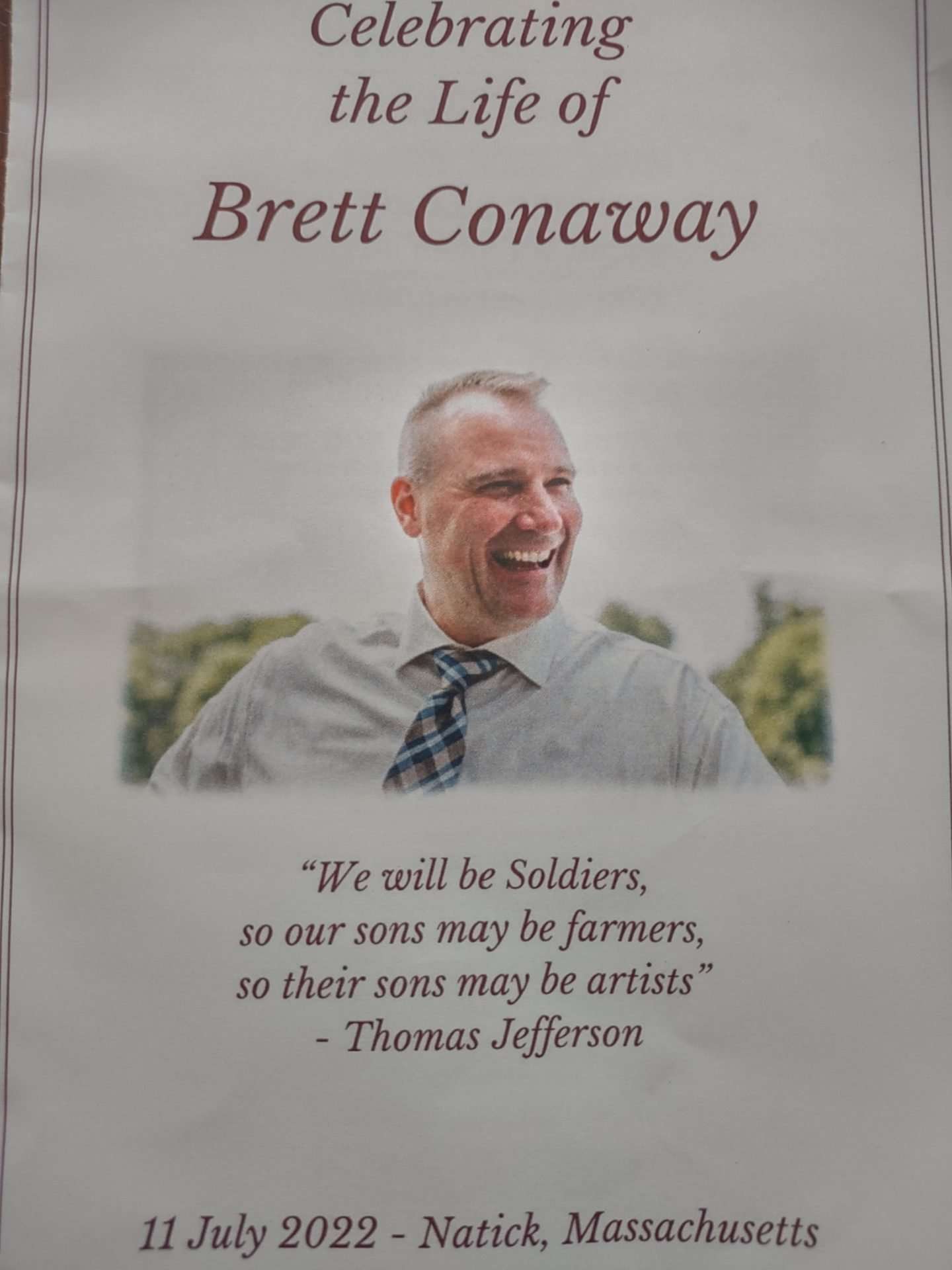 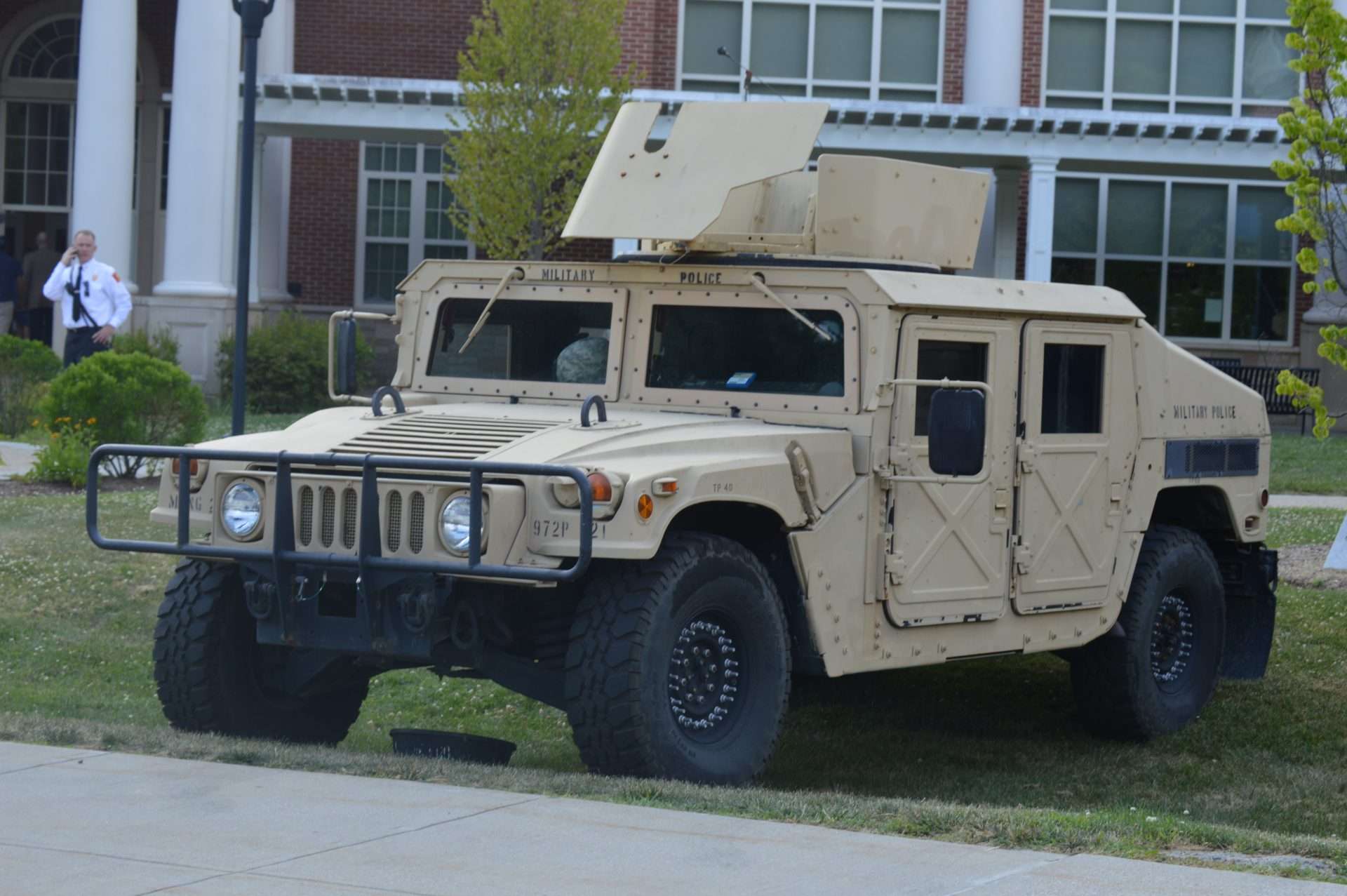 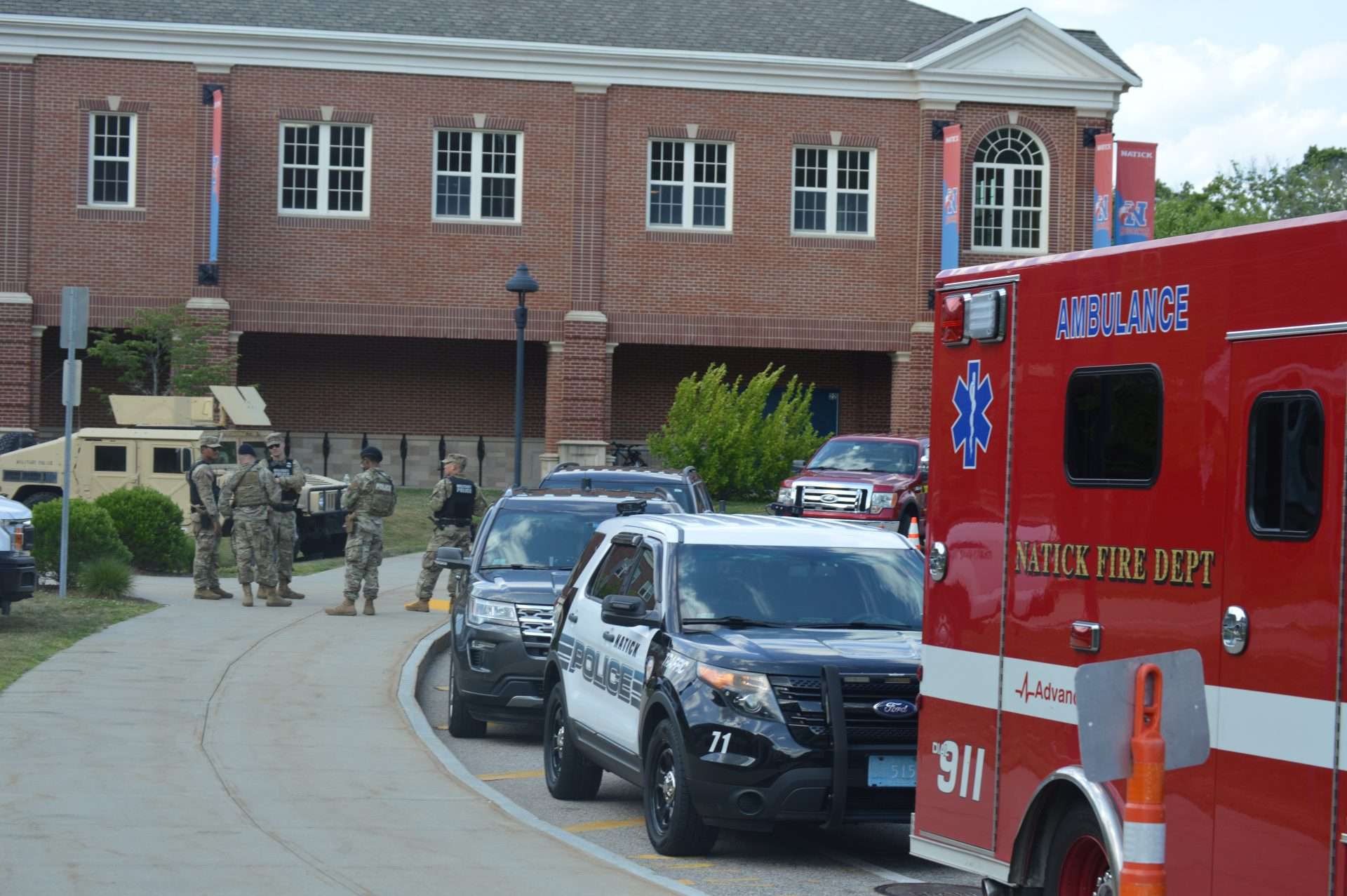 Tucked away on a side street in Natick Center is a museum that many residents may have unknowingly wandered past. The Natick Vintage Camera Museum, located on the second floor of 5 Summer St., has been put together and curated by Scott Pressler. Scott began collecting cameras in his high school days as evidenced by a photo of him in his bedroom, antique cameras on the shelves behind him. Since then, he has found cameras at yard sales, antique stores, and even in trash bags. His collection eventually grew into what is now a public display of film cameras, pocket cameras, spy cameras, cameras that look like soda cans, Polaroids, film projectors, and a dozen other types of cameras.

Not all these cameras were part of the original collection, however. Scott opened the museum exclusively to display his own collection, but things quickly ramped up. What really tipped things over the edge was when WCVB’s Chronicle featured the museum in early 2019. Ever since, people looking to offload their own antique cameras have come in and either offered to hand them over or sell them to the collection. At this point, Scott has more cameras than he has display room, and more keep coming. It’s his hope that the collection can be taken on by a university or some other qualified organization. Scott says that he wants to see the cameras taken care of and preserved, something he feels he can’t do properly. Scott described himself as a caretaker for the cameras, not an owner, and it is his wish that the history they represent can be carried on, which he says can only be done by more qualified and dedicated professionals.

The museum opened shortly before the pandemic and was receiving a steady stream of visitors. Since it has reopened, there have been slightly fewer people coming to see the exhibit, but guests still come from as far away as the Cape. Admission is free, and it’s a very interesting display, with all sorts of cameras, which Scott seems to know all about. There is no glass in front of most of the displays, because Scott wants people to come and actually “pick up and interact with the cameras.” He said that he’s not worried about them being damaged, as they’re from a “rough and tumble era,” and that they would probably be fine if they were dropped.

One particularly interesting artifact was a Kodak instant camera, which was designed to print pictures on the fly. Polaroid was also interested in the camera, and thought that Kodak’s technology was a bit too similar to theirs, which had hit the market first. After a protracted legal battle, Polaroid was awarded $900 million from Kodak, and Kodak stopped making both instant cameras and their film. This wasn’t the only way a Polaroid has touched the museum, however. A donation of cameras was given to the museum by Marsha Haskell, who worked on creating Polaroid’s instant photo technology.

Not everything in the museum is a camera. Recently received was a box of glass slides from the 1880s, an early precursor to film. Images on the slides include portraits, and pictures of old boats.