EVENT: Community-wide forum
Natick High School is facing space needs according to a long-range space and facilities planning report. Based on the report, administrators are looking to somehow add 6 classrooms to the this old school. This could be achieved by adding modular classrooms, similar to the way Andover has recently used modulars to add 10 classrooms at a cost of 1 million. Additional issues regarding the building will be discussed.

EVENT: Johnson Family Forum
The meeting will address Johnson School needs, the biggest issue being the aging school’s lack of ADA compliance. The elementary school has additional upkeep needs that will be discussed. Closing the school is not off the table.

First, the muckety-muck State-level officials did their jobs. The suits showed up last month at the Rte. 30 bridge that spans Rte. 9, speechified, cut a pretty ribbon, and voila—the Cochituate Rail Trail was officially open.

Next, it was time for the locals to party. At the Cochituate Rail Trail (CRT) Community Celebration last week, community members and civic groups got together on the part of the 4-mile trail that runs in front of Amvets Post 79 to bask in the glory of a project that keeps moving forward. (The crowd thanks your bathrooms for their service, Amvets)

The CRT is a multi-use trail that runs from Saxonville in Framingham to Natick Center. The Natick segment officially opened in late September and currently terminates at Whitney Field at the Navy Yard. But it’s not done yet. The next step is to extend the trail from the Navy Yard to the MBTA commuter rail station in Natick Center.

At the celebration, sponsored by the Solomon Foundation, several organizations set up along the trail, and there was a brief speaking program.

Here are some pics:

Happy trails to you

If you haven’t checked out the Cochituate Rail Trail yet, a nice access point is the parking lot at Navy Yard Field, 41 Washington Ave., Natick. Parking is also available at or near Home Depot on Route 30.

Here’s a map of the trail.

Zipping over Route 30 on the Cochituate Rail Trail

Sue Salamoff says she will not seek reelection to the Natick Select Board next year, but don’t think for a second her town involvement will end.

Salamoff next spring will wrap up the second of two consecutive 3-year terms that began 30 years after she wrapped up a 5-year stint on the Board of Selectmen in the 1980s. Only the second woman to serve on the Board, Salamoff nearly served longer the first time around, but lost a bid for reelection by just one vote on election night  & 11 votes on recount).

In comments addressed to the Natick community regarding her decision not to run next year, Salamoff says:

“It’s been an amazing honor to serve on the Natick Select Board. It is my 11th year, 6 in this century and 5 from 1981-1986. I have had the unique opportunity to address multiple community challenges as well as those that affect 1 person. My first involvement with Natick’s town government began in September of 1972 when I volunteered to be the League of Women Voters of Natick’s observer at Natick Planning Board meetings. After much thought I have decided not to seek reelection to the Board in March 2022. It is time to limit my participation and give others an opportunity to serve.  In or out of office, I will continue to work on improving Natick’s government, advancing equity, and being a voice for a better future.”

This grandmother and nearly 50-year Natick resident’s record of public service is long and varied, crossing over two centuries. She’s served with the Finance Committee, Personnel Board, Council on Aging, the committee to determine whether to build a community or senior center, Town Meeting, and recently, the Equity Task Force and Freedom Team. (My typing wasn’t fast enough to keep up with Salamoff’s entire list during our phone conversation…)

Supporters point to her seminal work in developing Natick’s Town Charter, which formalizes the rules of local government. Erica Ball, Natick’s first female Selectman, wrote a letter of support for Salamoff’s 2016 campaign in which she said “The Town Charter, which defines and codifies Natick’s current form of government, is a testament to Sue’s ability to make government work on behalf of its citizens. She spearheaded that effort: indeed, she wrote most of its text.”

Salamoff’s return to the Board of Selectmen (now Select Board) in 2016 was fueled by concerns such as planning for a growing older population, though also making Natick age friendly for all residents.

Her past two terms have come during a period of “a lot of challenges…a lot of unexpected challenges.” This includes everything from the emerging PFAS water situation to racial equity and sustainability issues, plus a change in town administration. Not to mention the COVID-19 pandemic that forced the Select Board to meet online instead of in person while dealing with so many serious topics.

Salamoff is pleased with progress that’s been made, including Natick’s plans to hire a chief diversity officer. On climate and sustainability, she says simply: “People are taking it more seriously now.” She says progress has also been made on issues that affect individuals, including clarity on unaccepted street repairs and water bill appeals. Salamoff spearheaded a committee that explored tax breaks for seniors, but changes there will need to wait in light of other circumstances affecting the town.

If you’re looking for something to do this weekend, Natick has a few fun events going on:

The Natick Trails and Forest Stewardship Committee invites the public to Natick Fall Trails Day on Saturday, Oct. 16, 9am-noon. The goal is to tidy up the trails at Hunnewell Town Forest for all to enjoy. 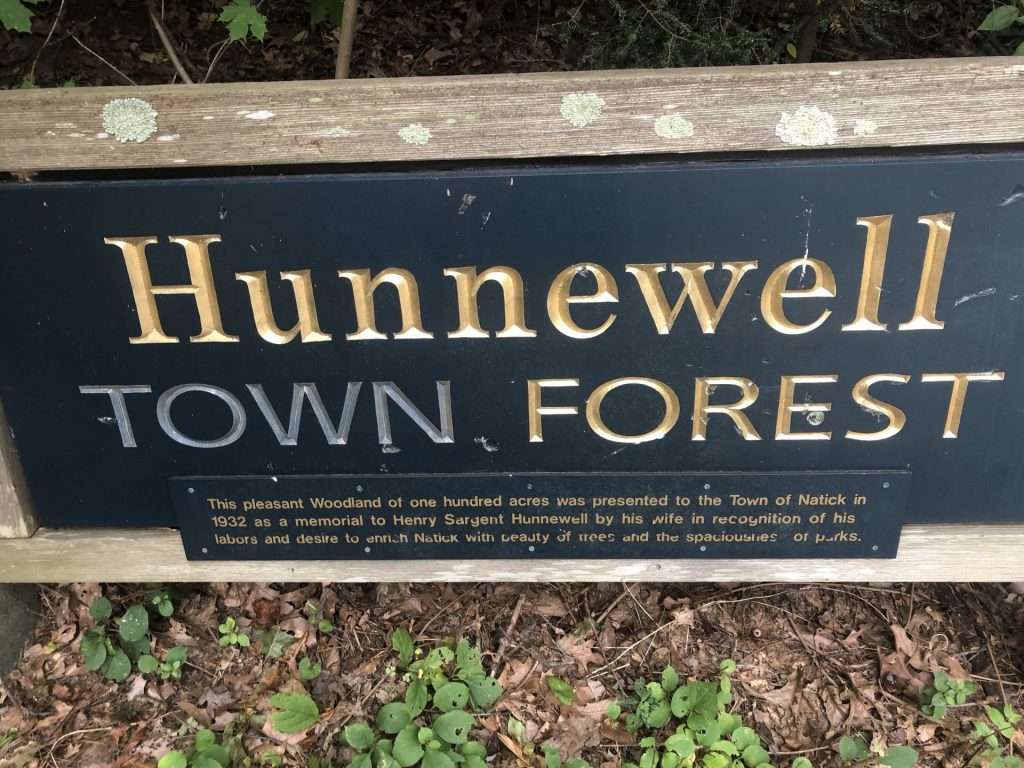 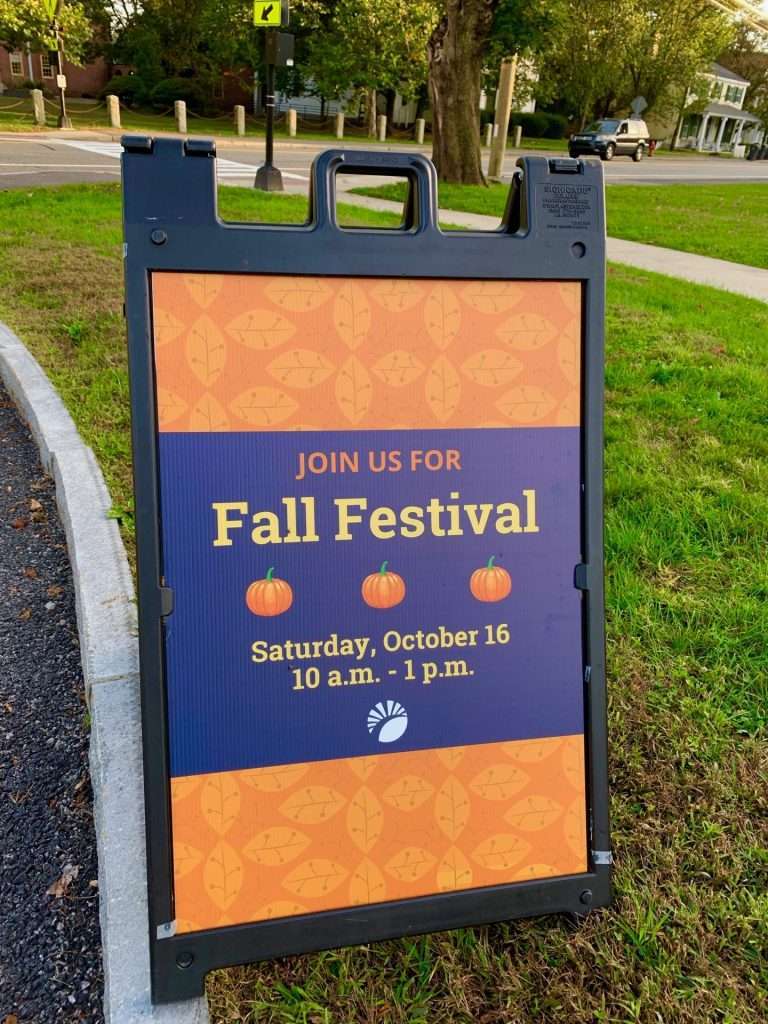 Art in the Park

The Natick Artists’ Association will host Art in the Park at Shaw Park, (that nice green space across the street from the Bacon Free library) on Sunday, October 17, 10am – 3pm.

There will be over 2 dozen local artists enjoying the fresh air and offering up their art for your enjoyment and for purchase.

The 16th annual Oldtown Photo Calendar Competition will feature the work of over forty local photographers. Show visitors vote for their favorites, and winning images will be published in the Oldtown Calendar, a fundraiser for local nonprofit groups. All photographs were taken in “Oldtown” which includes parts of Natick, Dover, Sherborn, Wellesley and Needham. Come vote for your favorites, and check out the just-published 2022 Calendar, featuring the winners from last year’s competition. 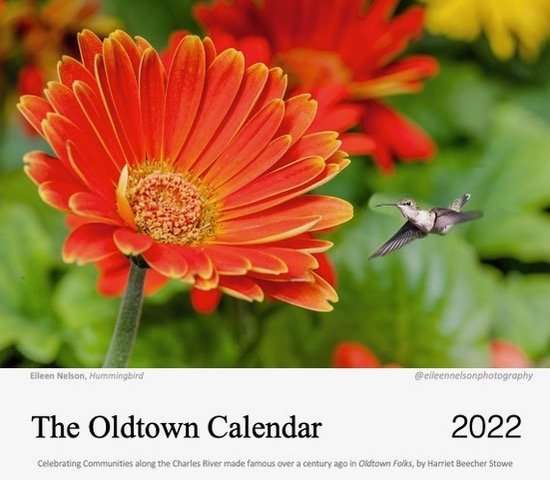 The Natick Legion Band was among the participants at Sunday’s 53rd Wellesley Veterans Parade. 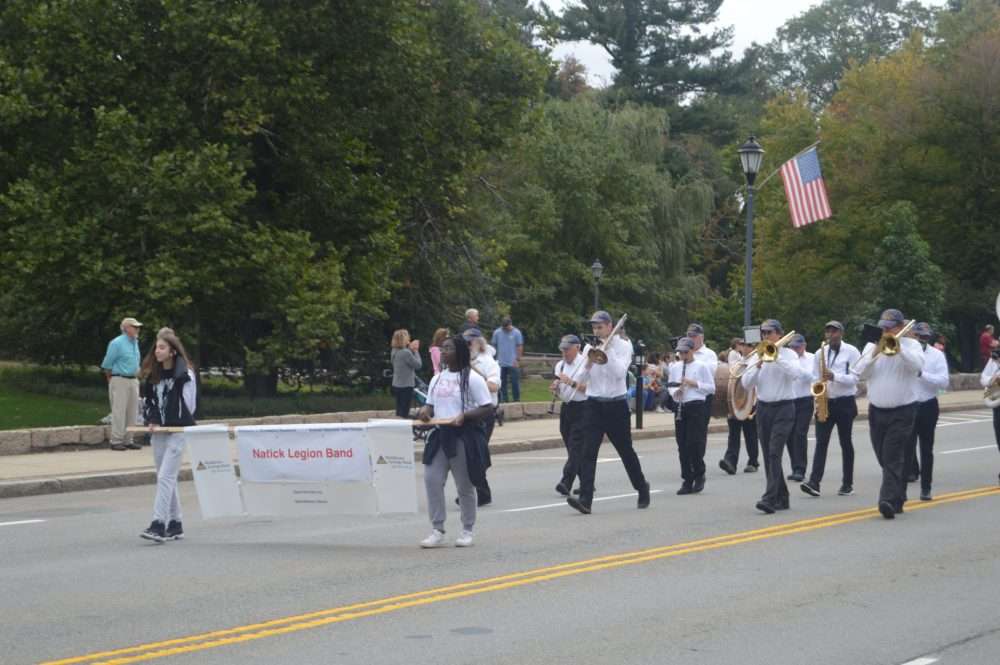 The parade is usually held in May as part of Wellesley’s Wonderful Weekend, an action-packed town celebration. The pandemic pushed it to October.

The parade also honored various town contributors, including the Health Department, and other public servants, including veterans.