Here’s a bit of a belated tribute to Alex Trebek, the longtime Jeopardy! game show host who passed away earlier this month.

Jeopardy! fans have created a database, the J! Archive, of more than 400,000 clues, and Natick shows up twice, sort of.

Clue: This largest deer’s name is from the Natick Indian language, not the cows’

Answer (in the form of a question): What is a moose?

No one got it right.

Clue: Priestly, Watt & Wedgwood were in a scientific club of “Lunaticks” whose meetings were set for each one of these

Answer: What is a full moon?

Hey, don’t blame for that one. That’s what shows up in the search engine.

Six Natick residents are listed as having played on Jeopardy:

On Sunday, November 22, at 2pm, the Bacon Free Library and the Natick Historical Society will co-sponsor a free virtual conversation with the filmmaker, Steven Lewis Simpson.

Sign up for links to watch the film and join the conversation HERE.

In the 2016 film adaptation of the best-selling Native American novel by Kent Nerburn, a white author gets sucked into the heart of contemporary Native American life in the sparse lands of the Dakotas by a 95-year-old Lakota elder and his sidekick. Once known as the great unmade Native American novel in Hollywood, Neither Wolf Nor Dog has sold around half a million copies worldwide. The novel is acknowledged to successfully bridge the gap between white America and the Native American worlds. 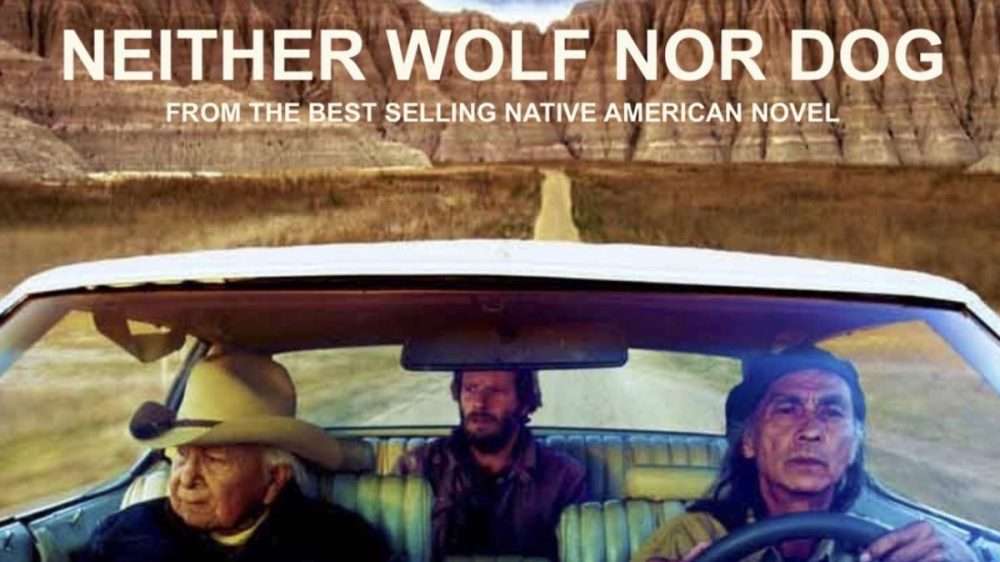 The film runs for 1 hour and 50 minutes, and is  generously sponsored by the Bacon Free Library and the Natick Historical Society. 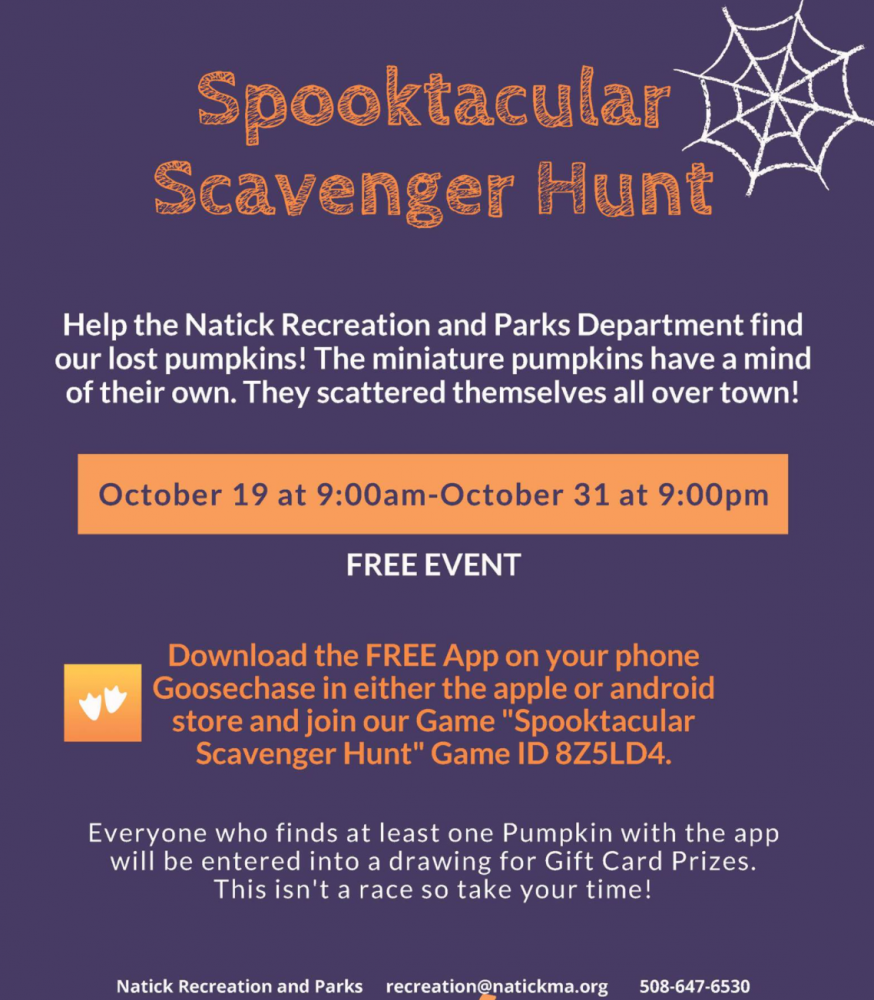 We did a double-take when we saw this guy chilling out in the back seat of a sweet ride in Natick Center on Washington Street, across from the Morse Institute Library. If COVID concerns keep you from piling a bunch of friends into your cool jeep, a skeleton is the next best road warrior buddy.

Looks like he is settling in for the fall season.

Other spooky sights in town, or Halloween happenings? Let us know: natickreport@gmail.com 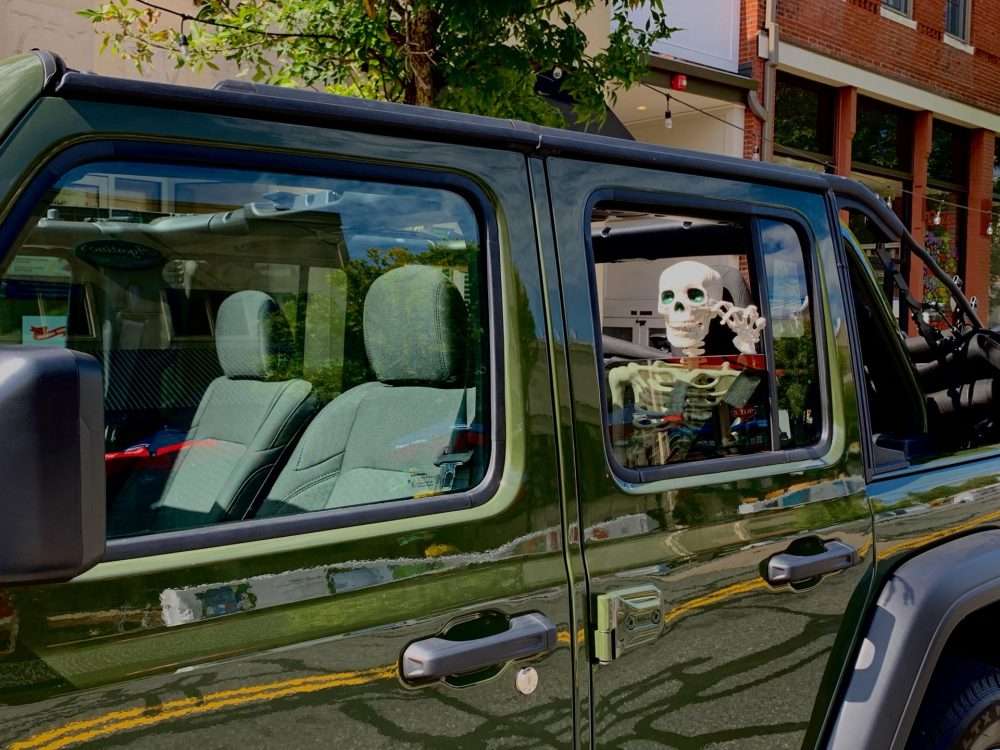 Even as other area public events, from Natick Days to various parades have been nixed due to the COVID-19 pandemic, it seemed like maybe, just maybe Natick Porchfest could be held on Sept. 26. The event would have allowed music fans to listen to bands and singers who would perform at a social distance from their porches or other venues.

But alas, organizers this weekend announced the event scheduled for next weekend would not be happening.

“We knew it was risky to try to plan an event and unfortunately with the rising numbers of COVID around us we feel that it is our responsibility to help flatten the coronavirus curve and keep you safe. In order to do this, we have decided to cancel Porchfest. Thank you for your understanding and we hope we can try again next year!”

The May edition of Natick Center PorchFest turned into a virtual at-home event in light of the COVID-19 pandemic. 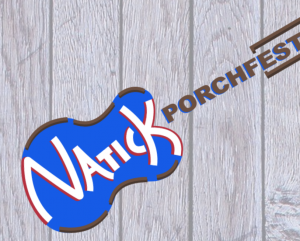 One consolation this time around: A live performance  on Sept. 26th at 5:00 pm on the Natick Center Cultural Districts Facebook page with Chris Wagner from the Modern Day Idols.