The annual Tour de Natick family bike ride sponsored by the Rotary Club of Natick will be held on Father’s Day (June 19). The six-mile loop course will start at 11am at the Natick Common, and end at that spot with lunch immediately following the ride. Register here.

The Tour de Natick raises money for the Rotary Club of Natick’s charitable foundation to benefit Natick Scholars. Each year the Club awards over $10,000 in scholarships to graduating Natick High School seniors. Additionally, the Rotarians give out over 300 dictionaries each year to the town’s third graders.

Over the past 15 years the Rotary Club has awarded over $200,000 in scholarships and over 8,000 dictionaries due to its largest fundraiser, the Tour de Natick.

If two shows at once sounds like a lot for The Actors Company of Natick (ACON) to juggle at once, well, it is. Founder and Artistic and Executive Director Patrick Conaway, a Natick High School graduate and a dorm parent at Walnut Hill School for the Arts, says the only way for one company to manage overlapping shows is through teamwork. “We have an amazing group of artistically gifted people with an amazing work ethic and the drive to get it done,” Conaway says.

Community to the very core

Conaway makes clear that the mission of ACON is to consistently focus its efforts toward the greater good. “What we’re doing is producing theater with a purpose. With each production, we’re celebrating our community heroes.” The Julius Caesar production will honor veterans of the United States Armed Forces, while You’re a Good Man Charlie Brown will recognize all the educators who go above and beyond every day.

Conaway and his team have been preparing to bring equitable, professional and accessible productions to Natick for a long time. But it wasn’t until the theater-loving community turned out in force to attend the first ACON fundraiser, last month’s Night of Stars event at Natick’s AMVETS Post #79, that Conaway allowed himself to actually believe that everything might really, truly, come together.

The event included amazing performances from those with local ties to others who performed in Natick for the first time. Natick High School graduate Jordan McLaughlin, a rising Junior at Hofstra University studying drama with a minor in musical theatre, sang an original song that she wrote; and the 15+ members of Scalestorm, a NHS student-led a cappella group entertained the crowd with perfectly melded harmonies. Jacob Conley from Atlanta, a rising senior at the Boston Conservatory at Berklee, brought a high-energy, audience-driven performance piece, then slowed things down with a slower, jazzier number. And top-15 finisher of BroadwayWorld’s “Next on Stage” competition, Talia Cutulle, belted out a tune.

The crowd, both in-person and virtual, was moved to help the 501(c)(3) organization exceed its $10K donations goal, giving ACON a much-needed infusion of funding. Between the Night of Stars event and sponsorship from Act Two—Share Our Stage, a digital content producer for creative endeavors, the financial piece of ACON came together. First on the list of disbursements—paying everybody in the company equitably. “Our company is made up of all non-union actors, but all our actors are getting paid a generous salary,” Patrick says.

The core values of the group—community, creativity, equity, joy, and teamwork—inform every move that ACON makes.

As it gets closer to show time, Patrick says the excitement has intensified. Fortunately, theater types are used to the feverish pace of rehearsals leading up to the immovable deadline of showtime. It’s kind of what they live for. “I’m so proud of everybody in involved in this dream that I’m pinching myself,” Patrick says, “But there’s still a lot of work to be done.”

Bring the arts into your home

Host an ACON artist this summer. It’s an incredible way to share the Natick community with theater professionals and gain insight into the world of the arts. Host families are asked to provide housing and potentially a parking space for an artist, June 26-Aug. 1, 2022. No transportation responsibilities are required.

Natick Center will begin its summer run of nighttime activities this Thursday, June 2, with the return of Natick Nights. Music, games, food, samples, sales, and more will all be part of the action on Family Night, which runs from 5-7:30pm.

New this year will be vendors, including Framingham’s Exhibit ‘A’, offering adult beverages.

Natick Nights will be held on Thursdays throughout June & July. You can sign up for a booth at the Natick Center Cultural District website.

Recreation & Parks’ summer concerts are slated to begin on June 30. 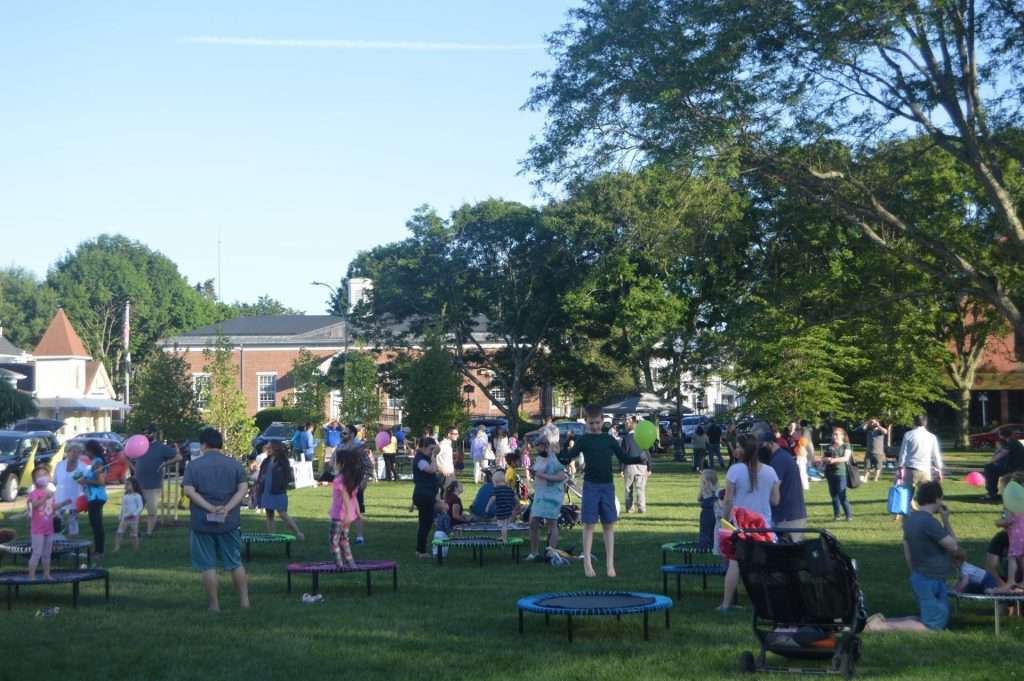 Come one, come all to the biggest event of the school year! The Lilja Elementary School Carnival is back for the first time since 2019, and there’ll be rides, games, prizes, raffles, acrobat shows, a reptile show, airbrush tattoos, a balloon twister, food and drink for sale, and more! Bring the whole family down for an afternoon of fun at this town-wide event. 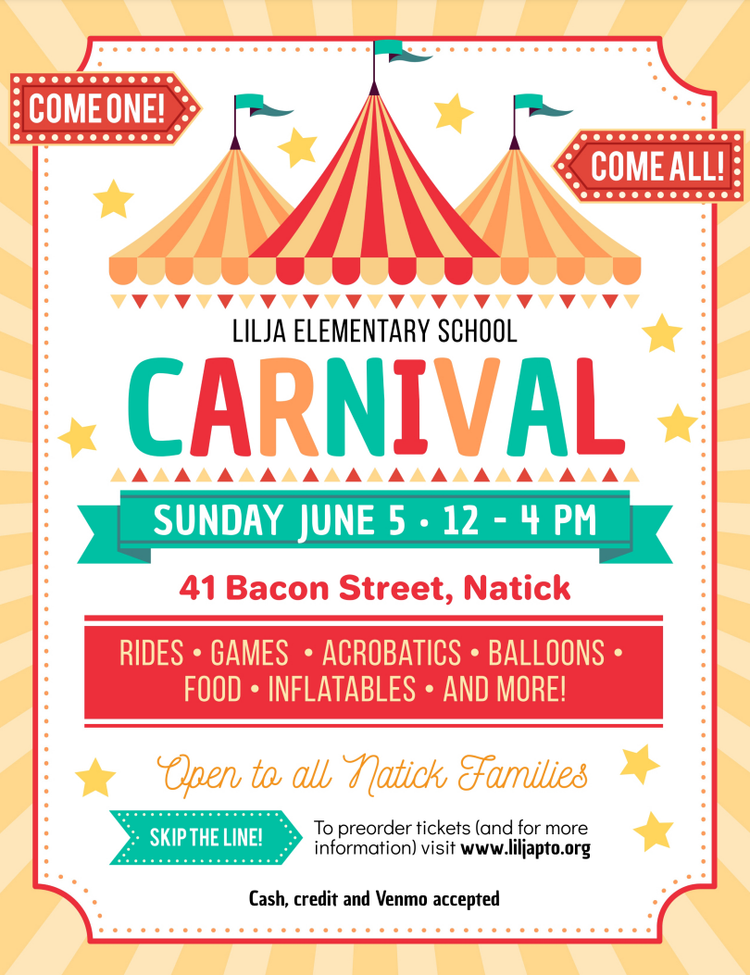 END_OF_DOCUMENT_TOKEN_TO_BE_REPLACED

Usually the Middlesex Savings Lot parking lot in Natick Center is nothing more than a utilitarian expanse of black asphalt, just a spot to park the car while you run into the bank and do some business. Last weekend the drab spot was filled with the sound of Bollywood music, the aroma of Indian food, and color—lots and lots of color. The Holi Fesival had come to town.

Bright and eco-friendly dry powder filled the air as participants covered themselves and each other in the brilliant hues. Because Holi represents the arrival of spring and the triumph of good over evil, the relief that the battle has once again been won calls for the very air to be filled with color and joy. As powder is tossed around, it brightens the hair and clothing of revelers, practically becoming embedded in their very pores.

Sponsored by the Mass Cultural Council, community partners, and organized by many volunteers, the festival echoed the holiday celebrated in the Indian subcontinent. Also known as the “festival of colors” or the “festival of love,” Holi is associated with the season of hope and new beginnings.

Red symbolizes love and fertility; yellow, the color of tumeric, recalls traditional Indian cooking; blue represents the Hindu God Krishna, and green is for new beginnings. So if you noticed that the crowd in Natick Center seemed a little more colorful, a touch more vibrant than usual, that’s why.