Load up on all you can eat pancakes with all the fixins, and plenty of real, local maple syrup made from sap collected from area maple trees and boiled down in the farm’s sugar shack. Vegan and gluten free options will be available.

There will be live music, a raffle, and more.

Freezing nights in the 20s and warm days in the 40s trigger the sugar maple sap run, which starts the farm’s sugaring season. Learn the science and history of “sugaring” during tours at the NCOF that start Feb. 11 and run through March 11.

Visitors will learn Indigenous people and Colonist historical techniques for making maple sugar. Learn about tree identification, qualities of sap and syrup, how to tap, and more at the farm’s outdoor displays and tapped trees. If the weather’s just right, tour groups will watch sap dripping into buckets and boiling in the sugar shack.

Even though Mother Nature can’t guarantee the sap run (and boiling) on any given day, tours are still interesting and fun, and offer visitors a fascinating view of this enduring New England tradition.

Tours are one hour long and are open to the public for a $10 fee per person. Babes in carriers are free.

Residents are also invited to attend the Framingham Energy Assistance Fair next Tuesday, January 31 from 4 – 7 PM at the South Middlesex Opportunity Council at 7 Bishop St.

Town of Natick offices are getting lots of questions from residents regarding the big increases in electricity rates now that the first bills reflecting those hikes have started to arrive.

One way to get some of your questions answered and find possible ways to save money is by attending an upcoming Energy Assistance Fair.

An Energy Assistance Fair is scheduled at Morse Institute Library at 14 East Central St. in Natick on Monday, Jan. 23, 4-7pm. (Another is slated for Jan. 31, 4-7pm in Framingham at the South Middlesex Opportunity Council at 7 Bishop St.)

Natick is partnering with Eversource and area nonprofits through Mass Save Community First Partnership to help residents manage energy costs, get help paying bills, and use less energy.

At the fairs, learn about fuel assistance programs, discounted rates and flexible payment plans, no-cost Home Energy Assessments, and more. Many programs are not tied to income levels.

Representatives will also be available to share information and answer questions about other programs and services available, which may include property tax assistance, food assistance, social services and municipal electricity aggregation.

More information on available local resources can be accessed by calling the Human Services Department in Natick (508-647-6519).

Natick Mall’s new Lucid Motors luxury electric car showroom and service center, which opened in mid-December, felt somehow familiar to me on my first visit, yet part of an alternative world.

I used to buy tires and get our cars serviced from time to time at the Sears Auto Center that once occupied part of the space—plus my TV repairman-turned-satellite-TV-installer-turned-garage-door-opener-installer Dad sometimes used to operate out of there for Sears. But the busy cut-through Sears shop that closed in 2018 has given way to a spacious and welcoming Lucid studio that brings a California vibe to the mall. Lucid seeks to sell locals on vehicles that earned the prestigious MotorTrend Car of the Year honors for 2022 based in large part on their exceptional 500-plus-mile range when fully charged and their super-fast charging capabilities. 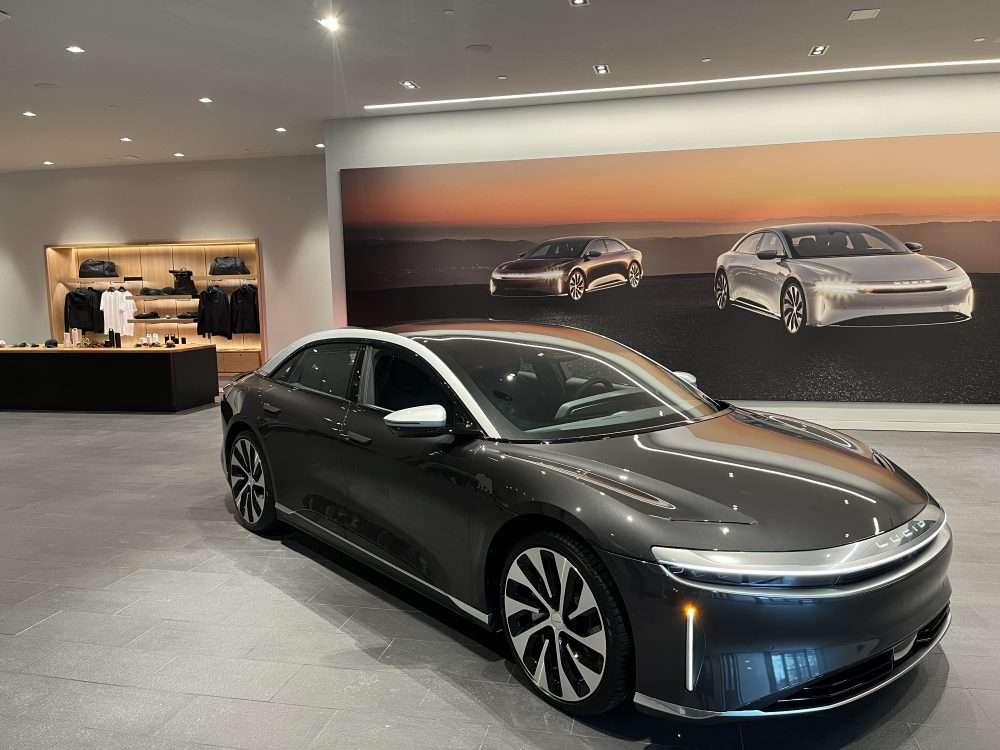 Like so many businesses these days, Lucid doesn’t let many of its employees speak for the company to the press. So we’re left with what they say in marketing outreach featuring obligatory references to being on an EV “journey,” etc. I won’t attribute any direct comments to specific people. But my escort through the showroom and the row of demo cars outside was a helpful “studio advisor” who was well versed on the Lucid line and the electric vehicle market in general. My guide enjoys the team atmosphere at Lucid’s Natick location (Lucid’s hiring) as well as the available support from the Seaport showroom in Boston that opened this past spring.

I made clear that I was there to write a post about the showroom and take some photos, not purchase a vehicle or test drive one. Lucid lists its Air Touring model starting at $107,400, which is more than I’ve paid for a lifetime of cars to this point. Although my lack of car cred was obvious, I was nevertheless invited to sit in a Lucid Air Grand Touring model on the showroom floor and check out its futuristic features.

I’m no car guy (says the owner of such vehicles over the years as a Dodge Colt, Nissan Versa, and a Saturn). But my powers of observation told me that the Lucid sedan is a roomy, beautiful vehicle that comes with a classy and aromatic leather interior (a vegan version that doesn’t use real leather is also available), a seemingly endless glass canopy with ultraviolet protection, and a multiscreen touch-and-voice-activated dashboard complemented by a few physical buttons so as not to overwhelm the driver with tech. Lucid acknowledges it has some work to do on its software, and car reviewers have in general been patient with this.

Trash talk from a rival

If you’re not familiar with Lucid, the company started in 2007 with a focus on EV components and didn’t deliver its first vehicles until 2021. CEO Peter Rawlinson was chief engineer of Telsa’s Model S, and we were told plenty of ex-Tesla employees have been filling Lucid’s ranks. Lucid has gotten the attention of Tesla’s Elon Musk, who recently warned about the rival’s prospects (“They are not long for this world”).

At Natick Mall, now both Lucid and Tesla have showrooms, and you can schedule a test drive for Lucid online. You can also just pop into the showroom and look around. A steady stream of visitors roamed while I was there on a Wednesday afternoon.

Back to the Lucid Air Grand Touring model on the showroom floor: the studio advisor showed some of the car’s fancy features, including a variety of relaxing and stimulating massage settings for the seats. These might well be needed given the vehicle’s long range per charge.

From there I was given a quick tour of the showroom, including public restrooms, a merchandise store, a refreshments station and lounge, and a configuration room, where mini models of Lucid Airs and samples of their interiors help give you a feel for which color scheme might be for you. The palettes are inspired by California locations like the Mojave Desert—I asked if a Natick-inspired theme might be on the way (snowstorm white?), but was told that was highly unlikely.

For those who “reserve” (aka, buy) a car, you can arrange to have it delivered to your house, another location, or pick it up at the Natick showroom’s glassed-off delivery bay. No elaborate ceremony awaits you, but you will get a thorough briefing on the car, a customized user interface set-up, plus a gift bag.

We took a quick look at the service area, but I was asked not to take photos to protect the privacy of any Lucid owners whose cars might be there. Because Lucid’s Seaport location doesn’t have a service bay, local owners will be heading to Natick. In fact, the closest service centers are in New York and Canada, so the service center could draw people from afar to the mall. 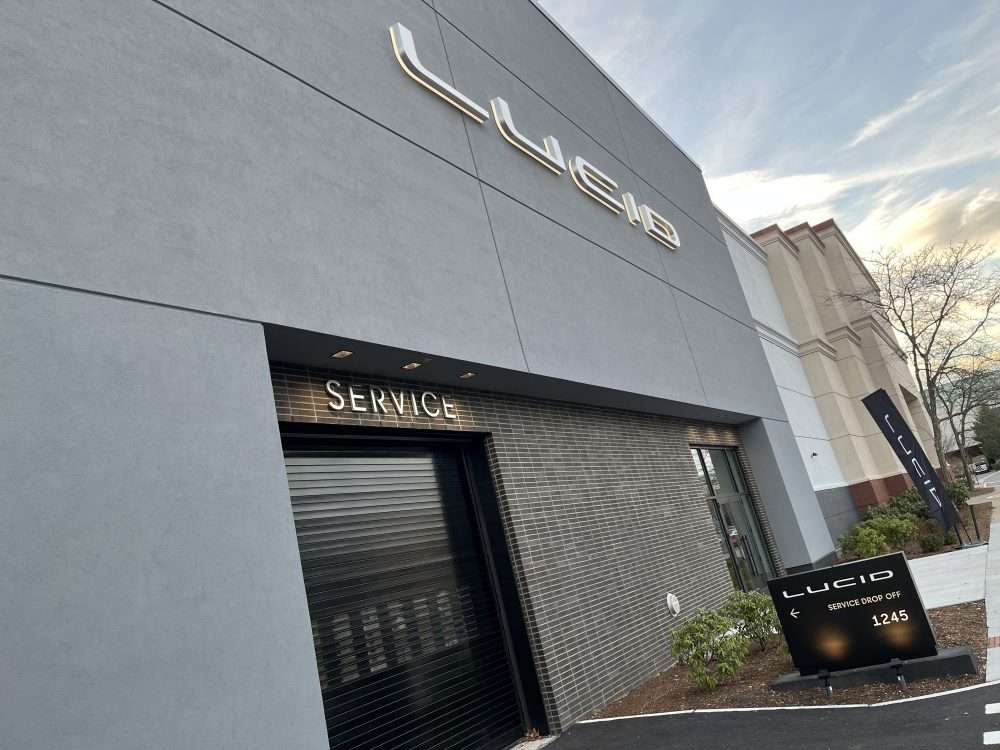 Natick has been awarded $57,000 that will be used in part to install a tiny forest on the high school campus that could have numerous environmental benefits for the town and serve as a model for other communities. Expect the tiny forest to start in the fall of 2024.

“It will take roughly 2 years to grow into its final form, but because of the diversity and density of plantings, it will look quite impressive right off the bat!” says Claire Rundelli, Natick’s planner and conservation agent.

The Metropolitan Area Planning Council (MAPC) grant is part of $800,000 in awards for 13 projects in Greater Boston aimed at accelerating climate change resilience. This marks the fourth round of funding through the program, an MAPC and Barr Foundation partnership.

Rundelli says the town is excited that its grant bid—kickstarted by her predecessor Marianne Iarossi and her foundation—was accepted. “We hope that this project can serve as a model for private landowners looking to increase resiliency on their property and continue moving the model forward for public locations after Cambridge’s forest last year,” Rundelli says. (Learn more about the Cambridge experience.)

The benefits of the Natick tiny forest would be “increased biodiversity, increased stormwater runoff management and pollutant removal, and decreased heat island effect by increasing tree canopy. Beyond our Town, we hope to continue to prove that this model is sustainable for communities,” Rundelli says.

A tiny forest uses the Miyawaki Forest method, which Rundelli describes as dense and diverse plantings that can replicate the competition plants face in the wild. This “encourages faster growth and root establishment to create a mini-pocket of fully functioning forest,” she adds.

Non-profit Bio4Climate will assist with acquiring soil additives and planting material as well as supervising installation and volunteer training. Natick High School’s Earth Club will maintain the forest for at least its first 3 years along with other community members, and some Department of Public Works assistance. Drip irrigation will probably be used to avoid needing direct watering from the town.

Natick’s Sustainability Committee will use a portion of the grant money to boost the town’s Strategic Tree Planting Program.

The tiny forest team is coordinating with the DPW on a location for the project, which will probably use somewhere between 2,000 and 3,000 sq. ft. Most likely, it will go on a small lawn area along West Street. Plant and tree species will be chosen once soil testing in the area is completed.

Keep an eye out for a website inviting community members to get involved in the project and keep up on its progress.

More: Why ‘tiny forests’ are popping up in big cities (National Geographic, 2021)

Natick electricity customers beginning this month will pay 4.25 cents less per kilowatt hour for the supply portion of their bills vs. Eversource’s basic service price at least through June. So you can gloat a bit over that thanks to the Natick Electricity Aggregation Program, which you should be in by default (the town has sent letters to program participants about the rate change, plus options within the program that are more or less green).

As you may have heard, energy rates are skyrocketing due to global issues from the war in Ukraine to inflation to of course, the supply chain.

The rates discussed above are for the supply chunk of your bill, not the delivery portion, which the Natick aggregation program has no influence over. Looking at our most recent bills, the supply portion generally costs a bit more than the delivery part, though it depends on the time of year. 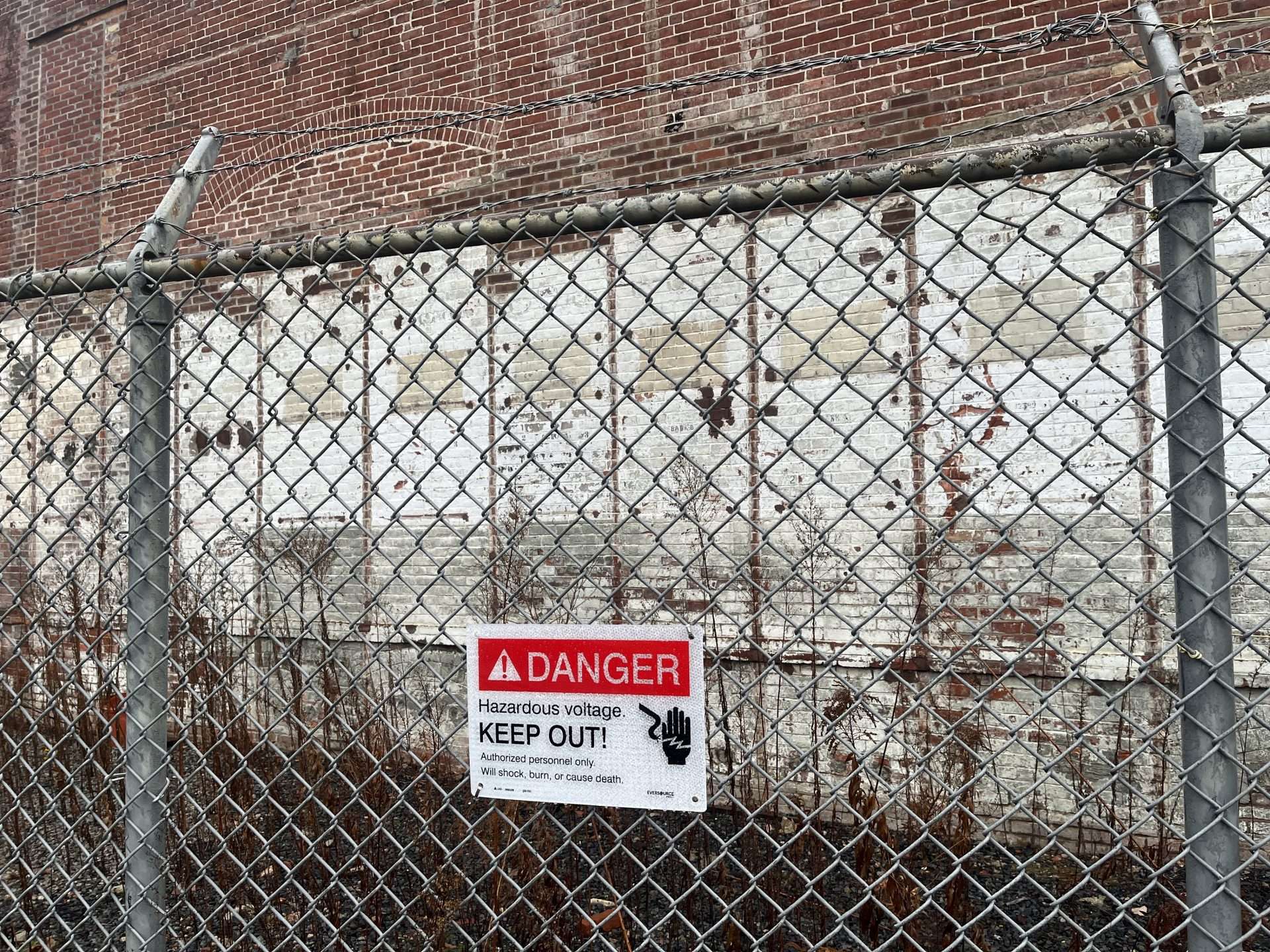