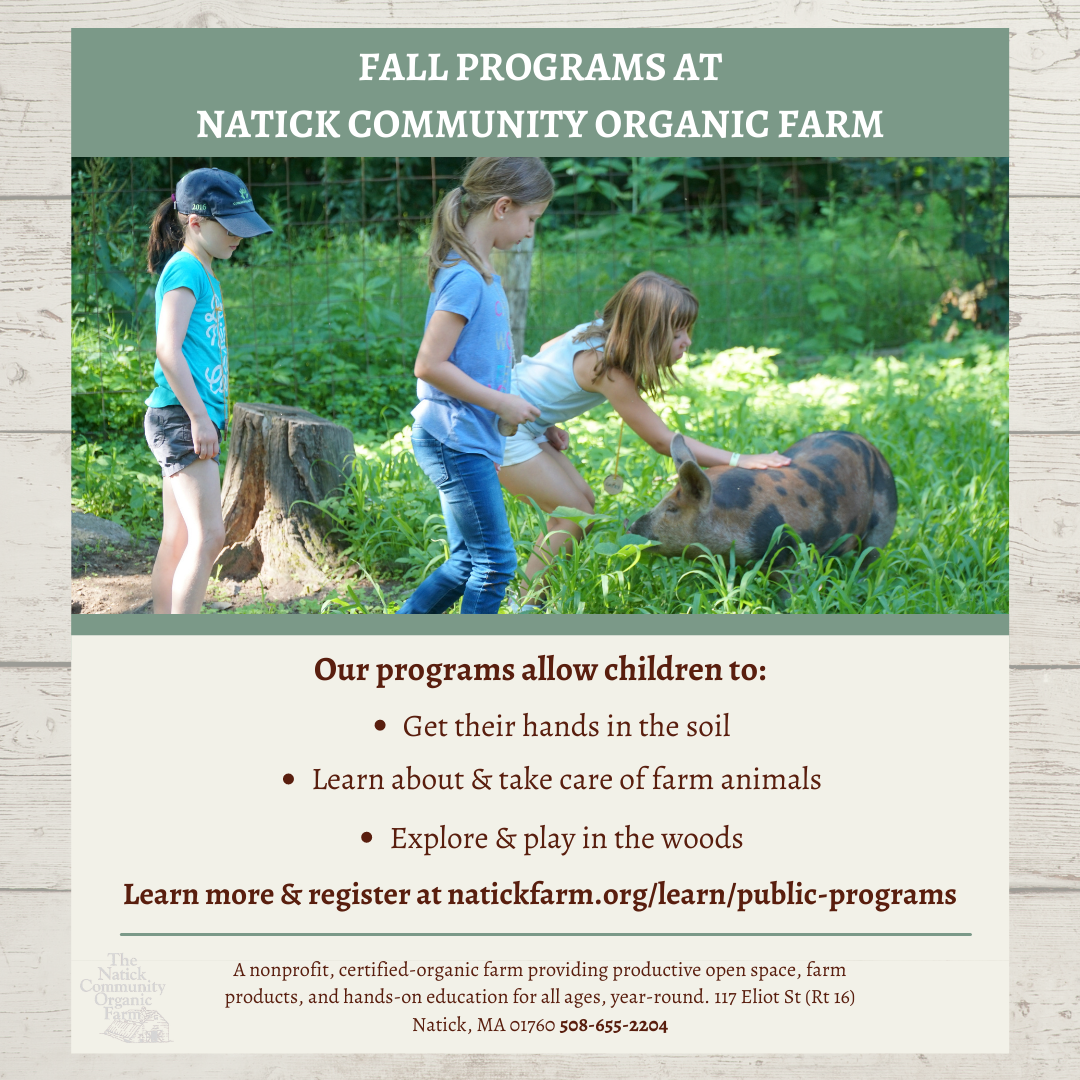 Things have really started hopping over at Massachusetts Horticultural Society with the installation of Ribbit the Exhibit, running through Sept. 7 at The Gardens at Elm Bank.  Nineteen whimsical 4 – 7 foot copper frog sculptures depicted by North Carolina artist J.A. Cobb have been placed throughout the 36-acre property. There’s Cora the Local Garden Enthusiast in the Bressingham Garden, gleaming metal watering can in hand; Emerson, A Morning Person, relaxing on a bench with a cup of coffee; Edward the Treefrog, perched in a tree, of course; and the rest of the engaging and amusing crew. Each frog comes with a backstory—just look for the nearby signs.

Every large-scale sculpture in the traveling exhibit takes the metalworker up to 4 weeks to complete, and he crafts them one at a time. The work on Ribbit The Exhibit starts in the studio, but it doesn’t end there. Once a public garden books the frogs for an exhibit, Cobb personally delivers the pieces by truck, loading, unpacking, and supervising the installation of each sculpture. Don’t take him to be a micro-manager, though. Cobb leaves it to the staff at each garden to decide where to place his sculptures. Early on he found trying to site each frog perfectly in a garden he didn’t know was a waste of time when there was already a group of people on hand with strong artistic opinions. “The staff already knows these gardens like the back of their hands, and they do a great job with placement. They nail it every time,” he said.

Cobb’s artistic ability lay dormant until he was 42. The University of North Carolina Chapel Hill graduate had majored in business and did not take any art-related classes beyond the most basic UNC requirements. Graduation led to a job in corporate sales, where he worked for 21 years until burnout set in. But from the ashes of burnout came the rays of an epiphany—the artist’s life would be his path forward. Once Cobb traded in his three-piece suits and starched shirts for jeans and a t-shirt, he never glanced back.

What started as an exhausted former exec fiddling around with some clay and copper has led to a vibrant dream career that keeps Cobb in the studio six days a week. He and his wife JoEtta and their rescue pup Charlie live in a small village on the Atlantic Ocean. The waterfront location with its natural habitat for herons, shorebirds, and other coastal creatures provides Cobb with plenty of inspiration. Although his amphibians are pure fantasy, Cobb says, “I hear over and over at gardens ‘it looks like they belong here.'”

“Ribbit the Exhibit has been a massive hit with families this summer” Mass Hort President, James Hearsum said. “There are 19 sculptures altogether and in every area of the Garden, so just finding the complete set is a fun challenge. Each one has a unique personality and shares important information about the garden, the importance of our local ecology and global environmental issues. It is important to visit soon – they are all hopping back home after Labor Day, so don’t delay your garden visit.”

It’s looking like Mass Hort simply can’t do without Cora. The organization has been in talks with Cobb to leave her behind when the exhibit ends. Cobb only has a hard time letting go “…if if I think they won’t be taken good care of. Then I won’t let go of them. But I know Cora will be taken care of.”

Hundreds of his frogs and other creatures have found permanent homes in pubic and private gardens throughout the United States, England, and Canada. “Not only do I do the exhibits,” he says, “but I have yet to be able to turn down a commission. After 25 years, the greatest thing to me is making people happy. If I can work with someone to produce something that makes them happy every single day, then that’s as good as it gets. I’ve got five commissions going right now.”

Cobb hand draws each sculpture, then cuts out the pieces from 16-ounce flat sheets of copper. After the cut lines are drawn on the copper, he hammers and folds the sheet into the 3-dimensional image he has planned, much like origami. The pieces are then assembled by using a metal-joining process in which two or more pieces are joined together by melting and flowing copper into each joint. This brazing process, along with assembling the pieces around a steel armature, gives the sculptures the strength to last for decades. Cobb says all of his sculptures are built to last and, once completed, require little to no further maintenance.

“My first Ribbit Exhibit show was in 2008,” he says. I was trying to make a living selling sculpture, but in 2008 the economy had tanked. Cape Fear Botanical Garden in Fayetteville had seen some of my sculptures and asked if I could do an exhibit in the garden. I was looking for exposure. They said I should bulk up the size of the show and bring sculptures to other gardens.”

At 68 years of age, Cobb has no plans to retire. He just enjoys what he does too much to let it all go. His artist’s creed: “Whatever you’re doing, have fun. If it’s not fun, I will quit.”

Ribbit Exhibit is included with daily admission to The Gardens at Elm Bank, 900 Washington Street, Wellesley, MA. $10 for adults, free for ages 12 and under. Free for Massachusetts Horticultural Society members.

We’ve been out and about, marveling over the prettiness that is a Natick spring. We feel wrapped in freshness every time we step out the front door.

For more beautiful pictures, check out our Natick Instagram page. We update it several times a week with everything from iconic spots that scream out “Natick!” to unusual sights we come across (trout stocking at Dug Pond, anyone?). Don’t forget to like our Natick Insta account while you’re enjoying the pics. It makes us feel loved.

Last July Natick Common was a scene of planned destruction. At that time, North Eastern Tree Service, with the Natick Department of Public Works on hand to oversee the job, cut down 10 ash trees that had been part of the downtown green scene for over 20 years. The reason: Emerald Ash Borer beetles had moved in, feeding on tissues beneath the trees’ bark. Despite remediation attempts, the beetles won. Tree Warden Art Goodhind made the tough call that the trees were a hazard that needed to be removed, and the Natick Select Board agreed with his recommendation.

Nine months later, on a beautiful spring day, new trees were brought into the part of the world that is Natick Common. The metaphors abound. Make a visit to the Park Street nursery and welcome the bouncing baby saplings named Magnolia Elizabeth; Wildfire Tupelo; Cherokee American Sweetgum; and more. No monoculture planting this time—the smart money says mixing up species is the way to go. That way if one tree is attacked by disease or insects, it’s not a forgone conclusion that all the trees will succumb.

It’s going to be so exciting to watch Natick’s newest deliveries grow and thrive.

It was daffodil season on a sparkling spring morning at Blithewold Mansion in Bristol, Rhode Island, an enchanting 33-acre estate on Narragansett Bay, just over the beautiful Mount Hope Bridge. A little girl in a pink tutu twirled along the woodland path, thousands of daffodils nodding in approval, and looked up at us. “This is my favorite place in the whole world,” she enthused, before exiting stage left into the bamboo grove.

Blithewold can have that effect on people. Built as a summer place in the 1890s by Augustus and Bessie Van Wickle, the couple purposely placed themselves at a distance from the Newport Bellevue Avenue mansions scene with its gold-leaf this and marble that. They moved into their estate, country-casual by the standards of their peers, with their 10-year old daughter Marjorie in 1896. Augustus died two years later at the age of 42 in a skeet-shooting accident when his gun accidentally fired, mortally wounding him in the chest. Five months later his second daughter and namesake, Augustine, was born.

The mansion Augustus and Bessie built was destroyed by fire in 1906, and Bessie and her second husband, William McKee, replaced it with the 45-room English Country Manor-style home that stands today. Along the way, gardening continued at a steady clip. The wide-open spaces of Bristol allowed Bessie and landscape architect John DeWolf to plan and put in place the 10-acre Great Lawn, along with garden room upon garden room—the rose garden, the rock garden, the water garden, and more.

DeWolf’s vision included not just perennial borders, specimen trees, and shrubs, but a general air of informality that comes through to this day. “The Bosquet” (French for “woodland”), for example, boasts not only thousands of daffodils, but remnants of last fall’s leaves and a gravel pathway that is left un-edged. The landscaping crew has not been permitted to aim their leaf blowers into every corner of the property and aggressively tidy it within an inch of its life. The woods are left to feel like the woods, and the land is all the better for it. Beneficial insects remain tucked into the leaf litter, which in turn breaks down and feeds the woodland, all without compromising the beauty of the spring scene.

And what a scene. Under the tree canopy look for a wide variety of daffodils such as  Little Gem, Ice Follies, King Alfred, Rijnveld’s Early Sensation, and more. In all, there are over 50k daffs blooming throughout the property in a 6-week succession. Grape hyacinths are everywhere also, as are fritillaries, and squill, all having their moment before they give way to the wildflowers and ferns of summer.

“Blithewold” is Old English for Happy Wood, and the name is apt. There is a distinct lack of “no” around the place. Signs don’t demand that visitors keep to the path and not stomp through the daffodil clumps. One is trusted to know this and comport oneself accordingly. Even (or especially) the high-spirited children visiting this family-friendly place fall under Blithewold’s spell, its magic rendering them unable and unwilling to traipse through the beds or step on a single flower.

If there are docents around and about, they are busy tending to their tour groups, not casting side-eye at those who chose a free-range experience. Picnicking is encouraged, and stern signs about cleaning up afterwards simply don’t exist. Of course you’re going to clean up afterwards. This is Blithewold, darling, a place where everyone does the right thing and a good time is had by all.

Not to be missed: the stroll along the bay with its sweeping views, the rose garden with its stone archway, and the specimen trees, especially the giant 100+ year-old Sequoia. Give yourself a couple of hours to tour the gardens. Unfortunately, the mansion and the greenhouses are currently closed to the public due to the pandemic, but you can visit the small gift shop, and the indoor restrooms are open.

Special programs and activities such as nature sketchbook journaling; garden design classes; and the popular tea and scones seatings on Blithewold’s expansive porches with views of the bay are starting to resume. Check the website for more information.